Things are changing at People’s Park 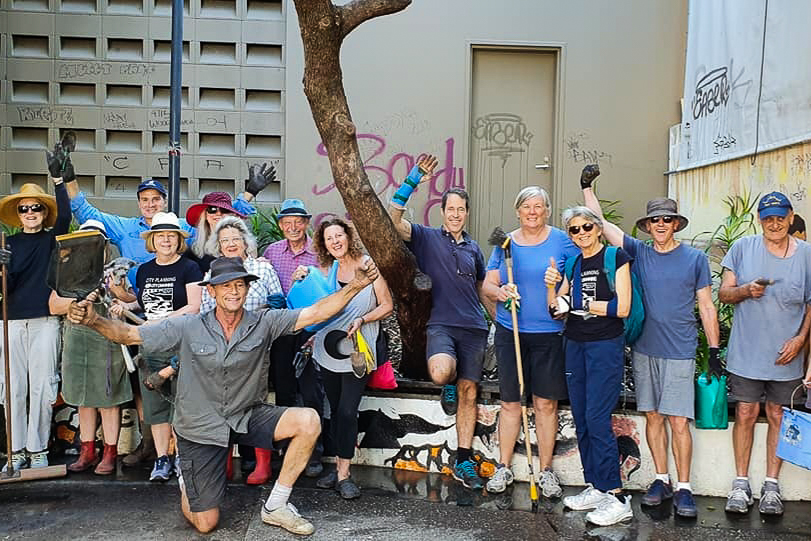 Things are changing at People’s Park, have you noticed?

Last week a second meeting was held at the Park and there was good news to share – things are improving for users of the Park now that Council, the Ward Office, volunteers and community groups are coordinating and working together.

Cr Sri told the Westender that concerns had been raised in the past about public safety and anti-social behaviour at People’s Park. In response, he said, his office has been organising volunteers to open up the kiosk at the Park on a regular basis to serve tea and coffee, and to be a positive point of contact on Boundary Street.

Cr Sri said that he thinks the presence of the volunteers has had a positive impact on how the space is being used because people feel that there is someone there for them to talk to.

“There is always someone there who feels connected to the space and will therefore report maintenance issues as soon as they arise, and also help to keep the space clean.

“The volunteers staffing the kiosk are also able to refer people on to other support services such as Micah and Community House where professional social workers and health professionals can provide help if they need it,” Cr Sri said.

Cr Sri said that it has been amazing to have someone at the Kiosk, like Reece Coghlan, one of the regular volunteers, willing to donate so much of their time. Cr Sri is currently on the lookout for more volunteers to keep the kiosk going.

“If the space is neglected and abandoned by the broader community It doesn’t work as well,” Cr Sri said.

A range of groups have been active in the Park during 2019.

Cr Sri also I thinks the work of volunteer groups like Kurilpa Futures, has made a difference to the amenity of the Park through the maintenance of the garden and planting shade tolerant plants in the space.

West End Community House (WECH) uses the park weekly for barbecues and music with the Whoopee Doo Crew. WECH is responsible for the kiosk.

Cr Sri said that Council has also been responsive to the issues raised with it and the toilets at the park are now being cleaned three times a day. Council has also painted some of the walls.

And more work is planned.

The West End Community Association has recently been awarded a Federal Government “Stronger Communities” grant facilitated through local member for Griffith, Terri Butler, to paint a mural at People’s Park.

Cr Sri said that if local artists can do murals on some of the blank surfaces at the Park, this is likely to discourage some of the tagging we’ve seen there recently.

There are still concerns in the community and among traders about how the park is being use and the impacts on Boundary Street users, and Cr Sri agrees that there is more to do.

“Things are still a long way from ideal down on the strip. We really need more community development workers and social workers on the street who can provide support for people in crisis, and de-escalate conflict when it arises. That’s not something that the local council is likely to put funding towards, but hopefully the State Government can increase its funding for support workers and supported accommodation in the local area,

“We sometimes talk about homelessness and supporting vulnerable people in abstract terms, but the gritty reality is often much more complex.

“In Australia’s dominant culture, we’re often inclined to focus too heavily on built form and design solutions to these issues e.g. ‘How do we redesign this space to fix a problem with the way people are using it?’ Good design – which you might think of as ‘the hardware’ – is very important. But we also need to make sure we have the right ‘software’ i.e. strong community connections, positive culture and social support systems that can manage complex interpersonal relationships,” Cr Sri told The Westender. 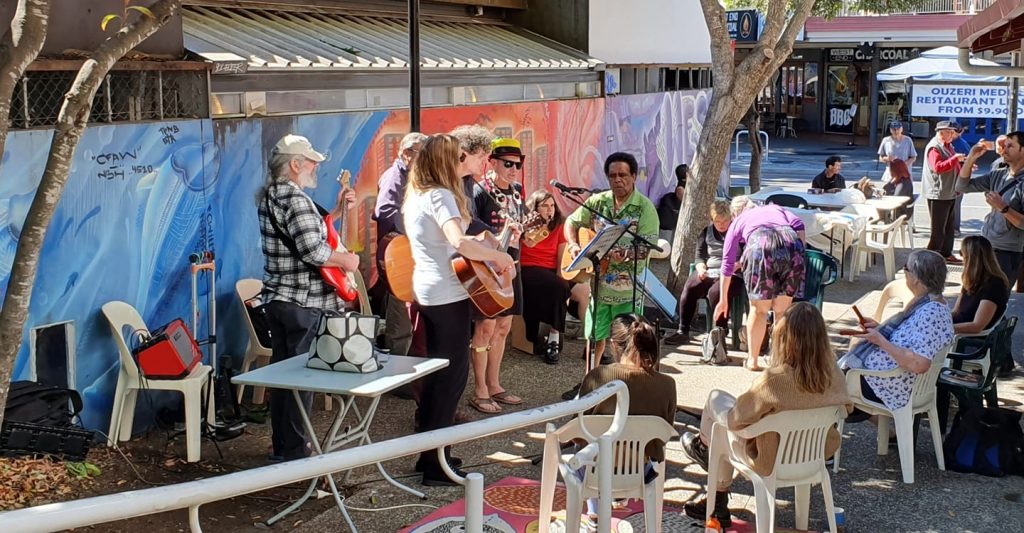 Pam Bourke, who is one of the Kurilpa Futures representatives attending the meetings, said that Council used to employ park planners who would work with communities on community-led design of their parks. The attendees at the meeting asked if Council could support this kind of approach in People’s Park, and agreed to meet again in January to discuss design issues.

Park design issues have also been raised with Cr Sri, who said:

“I am supportive of a discussion about how the space is designed but we need a community consensus on the ongoing use of the park.”

“There are such varied opinions about how this space should change and I am very cautious to ensure that everyone’s voice has been heard,” he said.

If you want to volunteer at the People’s Park Kiosk, contact West End Community House or the Gabba Ward office HERE

If you think you can help out with the garden, contact Kurilpa Futures HERE

West End Community Association has announced that it will be putting out a call for artists concepts and volunteers in 2020. 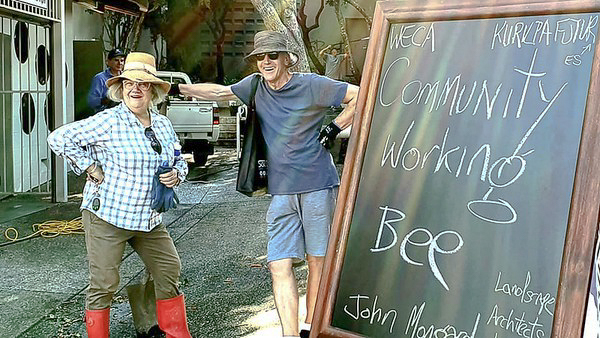 As reported by the Westender in May 2019, local member Jackie Trad MP, has established a stakeholder group looking at welfare issues throughout the Boundary Street precinct. At the time, Ms Trad wrote to the Lord Mayor seeking commitments to improve maintenance in Boundary Street, particularly in People’s Park. Her response included increased foot patrols, and an injection of funding into youth outreach services. Ms Trad has secured $60,000 for Aboriginal & Torres Strait Islander Community Health to help work with young people and their families in the area. Ms Trad has also proposed using soft lighting in People’s Park rather than harsher lighting which can drive people away.