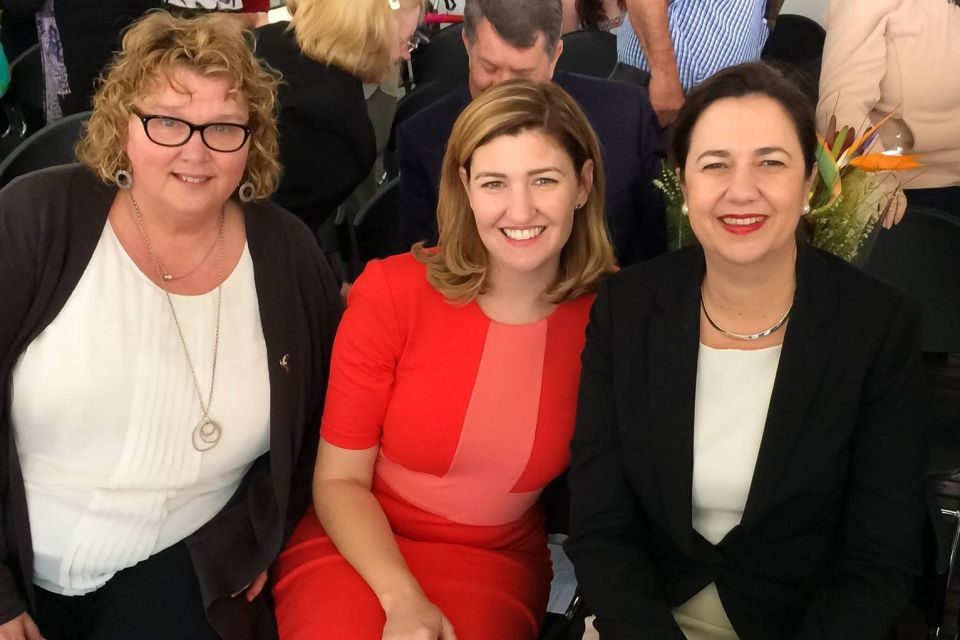 Executive President of The Services Union, Jennifer Thomas is meeting with the Minister for the Prevention of Domestic and Family Violence, the Hon. Shannon Fentiman MP and Karyn Walsh, CEO of Micah Projects, to call on the Federal Government to show real leadership around the need for Domestic and Family Violence Leave (DFVL) in the lead up to COAG National Summit on 5 October.

The trio will meet at the premises of Micah Projects in Boundary Street, West End, to issue their call to action.

COAG noted the report on the outcomes of the COAG National Summit on Reducing Violence Against Women and Their Children included the need for best practice in regard to workplace responses to Domestic and Family Violence.

Executive President of The Services Union, Jennifer Thomas said this includes the need for specific paid leave for domestic violence.

“However, little national leadership has occurred to action this outcome,” Ms. Thomas said.

“The Palaszczuk Government and many workplaces across Queensland have already shown its commitment to addressing Domestic and Family Violence.

“Queensland is leading the way! It is the first state with legislated DFVL arrangements and many organisations have worked collaboratively with unions to establish DFVL as part of workplace agreements and in policy.

“We are calling on the Federal Government, particularly Minister for Women and Employment Michaelia Cash, to include DFVL in the National Employment Standards (NES),” Ms. Thomas said.

Micah Projects supports DFVL because it supports women in the workforce when they are faced with the significant challenges that stopping domestic violence has on their life and their children.

Women and family members experience support in the workplace when they can approach their employer as an industrial right rather than the uncertainty of not knowing how their disclosure will be received. Employers will benefit by an employee’s ability to reduce the impact of absences by enabling a planned support approach, ensuring the woman’s safety.

The Minister for Communities, Women and Youth, Minister for Prevention of Domestic and Family Violence – Department of Communities, Child Safety and Disability Services (Queensland Government) Ms Shannon Fentiman said “Queensland was the first jurisdiction in Australia to legislate for paid domestic violence leave, allowing for up to 10 days of Domestic Violence leave for public sector workers, and adding Domestic Violence leave provisions to the Industrial Relations Act.

“It is now time for the Federal Government to step up and do its part, with inclusion of Domestic and Family Violence Leave in the National Employment Standards.

“The Not Now, Not Ever report found 95% of victims who were stalked by a violent partner experienced that harassment at work. It also found that between a quarter and half of women subjected to Domestic Violence reported having lost a job at least in part because of that violence.

“Tackling Domestic and Family Violence is everybody’s responsibility, and the Federal Government needs to do more to stop this scourge on our community.” Ms Fentiman said