TrashFest2019 – “a riotous assault on the senses” 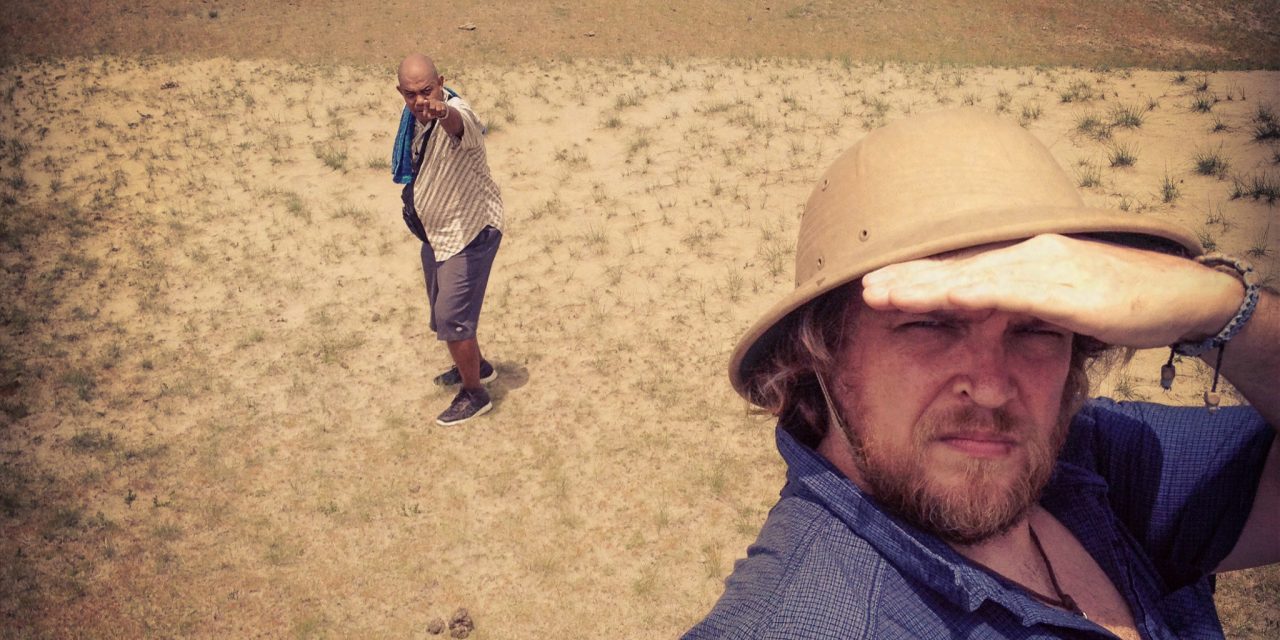 As part of a Kickstarter fundraising campaign for his latest venture Film Safari – taking small groups of film freaks on guided tours of foreign movie locations – TrashFest 2019 is culled from Leavold’s thirty years of collecting and sharing film oddities, and promises to be one of his wildest creations yet.

“I call this a party tape for Cine-generates. That pretty much covers it.”

Leavold ran Trash Video, Australia’s largest ever cult rental store, in Brisbane from 1995 to 2010, before technology killed the video shop. It was then he realized his other life-long passion – MAKING movies.

“Closing Trash Video was the death of a dream,” says Leavold, whose life has been dedicated to exploring the strangest fringes of the film world since childhood. “But, as devastating as it was to say goodbye, it was definitely the beginning of realizing an even bigger dream!”

The Search For Weng Weng – which Leavold also turned into a book – has become a cult movie itself, screening all over the world, and taking Leavold with it TWICE. Standing in the old spaghetti western sets in southern Spain and watching masked wrestling in Mexico City, Leavold began to plot his next creation: Film Safari.

“It’s cultural tourism with an irresistible hook,” he explains. “There I was in a crypt in Mexico City, staring at the Mummies of San Angel and beaming with joy, in the exact spot where some of my favourite films were shot – it’s the closest thing to a religious experience for film nerds like myself. And I figured, why not share the love with fellow freaks?”

Bookings for Film Safari Spain and Mexico can be made during the month-long Kickstarter campaign beginning June 27th; patrons can also help raise funds by pre-purchasing downloads of the Film Safari feature and all kinds of exotic goodies, such as a piece of a Western town, Mexican wrestling masks, Weng Weng bobbleheads and much more. But it doesn’t stop there – future Safaris are planned for Italy, Cambodia, Japan, West Africa, and of course the Philippines.

“Film Safari is limited only by our collective imaginations,” says Leavold. “There’s definitely a book and film to chronicle the adventures, and maybe even a cable series. And, I’m happy to announce, my next documentary should be finished by next year.

“I’ve spent a lifetime obsessed with movies, and the obsession only keeps getting stronger. So does the love. And I can honestly say, making a living doing what you love, conjuring up new dreams and making those a reality: there’s no greater feeling or reward.”

TrashFest – Where and When: 7pm, Thursday 27th of June at the Elizabeth Picture Theatre. 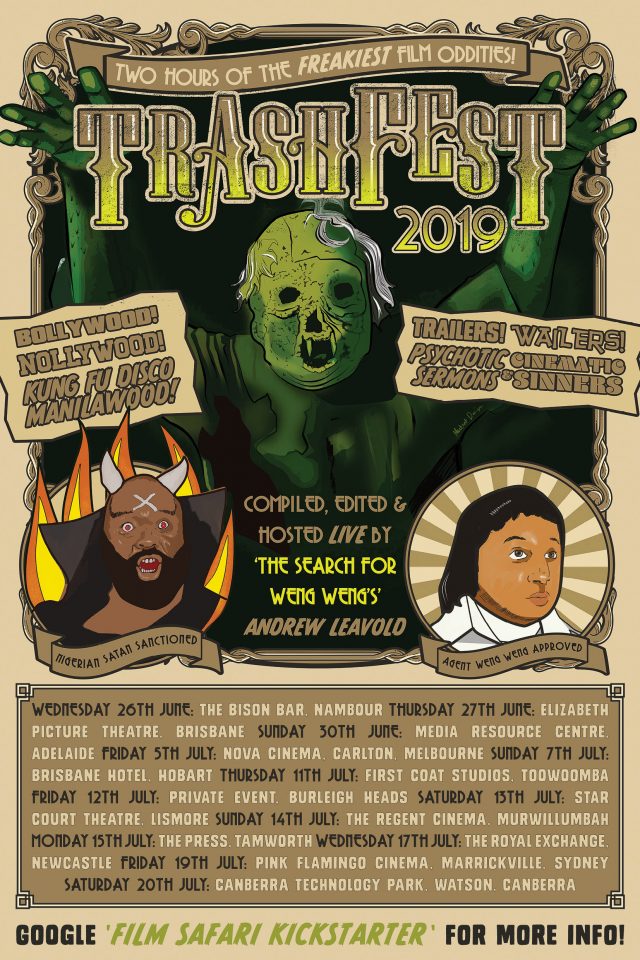