QUEENSLAND CHOIR GETS VOCAL ABOUT OUR PLACE 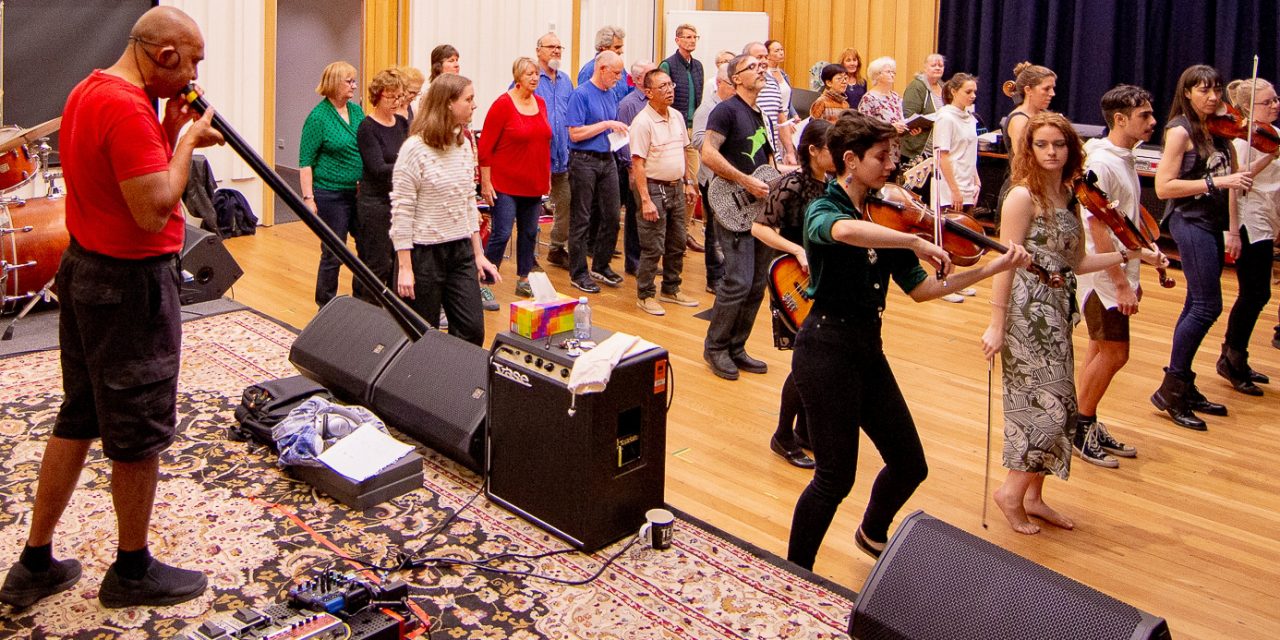 A group of the Queensland’s finest singers will lend their voices to premiere the innovative new production, Our Place, on July 5-7 in Brisbane.

The production, featuring the Queensland Choir’s singers, DeepBlue musicians, didjeribone player Tjupurru and a cast from Digi Youth Arts, explores the ever-changing relationship between neighbours and takes audiences from the bush to the backyard and balcony.

The Queensland Choir’s musical director Kevin Power says, “The Choir is excited to be involved in the creation and presentation of Our Place because it’s an opportunity for us to perform new repertoire in really innovative ways.

“Our Place has a feelgood vibe and audiences will know some of the songs, such as Madness’s 1982 hit Our House and Christine Anu’s 1995 track Party, with other equally catchy and enjoyable songs written especially for this show.

“Our Place marks the start of what promises to be an exciting month for the Queensland Choir, which will be performing Verdi’s Requiem with the Brisbane Chorale, Brisbane Concert Choir and the Brisbane Philharmonic Orchestra, conducted by Peter Luff, on July 28 at the QPAC Concert Hall.

“These collaborations showcase the wealth of talent in Brisbane – musical and artistic – and allow us to stage productions that magnify the power of sound when large choirs are called for, or as with Our Place, innovate by joining forces and drawing on the skills and strengths of a diverse range of performers and other creative people.”

Our Place weaves stories from the Indigenous connection to country, to the suburban ‘Australian Dream,’ to the rising popularity of inner-city apartment living in a musical and artistic collaboration, which explores how neighbours relate now and in the past, and how the constantly changing landscape affects people’s connections to each other and the place they live.

Audience participation will be encouraged in the sharing of stories, which will be incorporated in the show, and via an Electronic Show Programme (ESP) that enables a dialogue between the performers and audience.

Joseph Burgess has created visuals of the bush, backyard and balcony for the show’s three different movements.

International performer Tjupurru will create soundscapes using the digeribone, a cross between the didgeridoo and trombone, and QUT Creative Industries students have created wearable interactive art for the show.

TO book, see www.qmf.org.au  or