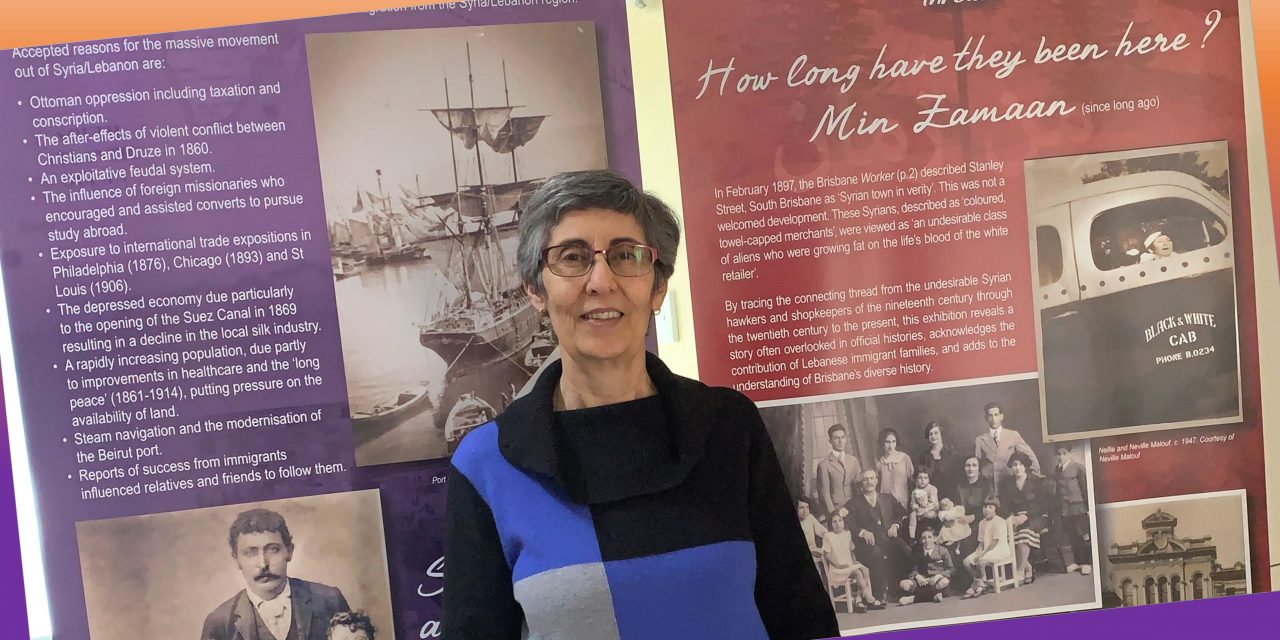 For almost 140 years, Lebanese immigrants and their descendants have lived in the South Brisbane, Woolloongabba and West End areas of Brisbane. They came seeking a better life and despite the many obstacles they encountered, including extensive legislative discrimination, they worked hard, raised families and contributed to their local and wider communities.

Through the A Continuous Thread: The Lebanese Presence in South Brisbane, Woolloongabba and West End project, made possible by the generous funding and support provided by the Brisbane City Council through the Lord Mayor’s Helen Taylor Research Award for local history, Anne Monsour has uncovered some of this history. The Lebanese immigrants and their descendants enthusiastically embraced the project and Anne has been gratefully overwhelmed by their willingness to share their personal stories.

The timeframe for the project was to be June 2019 to June 2020 but due to disruptions caused by COVID19 more time was granted. The project has resulted in an eight banner pop-up exhibition, a book and a website. While the pop-up exhibition and book are complete, the website is a work in progress and will continue to develop in an attempt to be as comprehensive as possible. The website maps businesses and homes to provide a visual understanding of the Lebanese presence in the South Brisbane area from the 1880s to the present. As it is ongoing, people are encouraged to provide information and photographs and also to suggest corrections or additions to information on the site.

The Australian Lebanese Historical Society is hosting the launch of the exhibition, book, and website at the Queensland Multicultural Centre, 102 Main Street, Kangaroo Point, 2 pm – 4 pm, Saturday 25 September 2021. All are welcome but bookings are essential. RSVP: 10 September 2021: https://www.eventbrite.com.au/e/167549257339

This extract from the book reveals the long connection Lebanese families have had with the South Brisbane, Woolloongabba and West End area.

In 1999, Marcia Malouf-Evans established Marcia’s on Montague (325 Montague Road West End), a homewares gift store which is still operating today. Marcia has had a lifelong connection to the area, and through her father (Cecil), and her grandfather (James/Jim), this connection stretches back to the 1890s when her great grandfather, Abraham Malouf, was a storekeeper in Stanley Street South Brisbane. With her grandfather, father and mother all working in retail, her career choice also reveals a continuing thread.

Despite choosing science subjects at high school, through her Saturday morning job at David Jones, Marcia discovered a flair for retail. After leaving school, she continued to work at David Jones and within a year became a department manager.[1] Then at 19, became one of their youngest buyers. Although her father wanted her to work in their drapery store at Woolloongabba, she decided to do her ‘own thing’.[2] 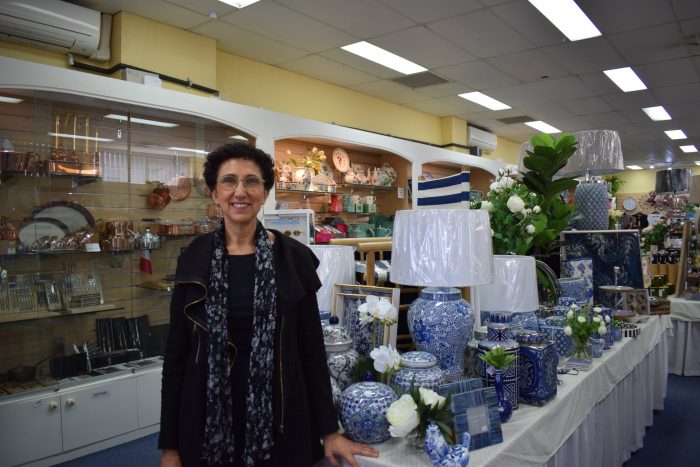 After leaving David Jones in 1981, Marcia and her husband who had also worked at David Jones established Bagstop. Seventeen years later with 29 stores through Queensland and New South Wales, they sold the business to Strandbags. After a 12 month break, they bought the property on Montague Road and opened Marcia’s on Montague. According to Rose Aboud:

…you walk into that shop I guarantee you have got to buy something. It is so beautiful! She has got a big business, a young girl and clever and really with it, you know. If DJs and Myers haven’t got what the people want, they send them there, that is how big she is.[3]

Marcia describes her business which has now been operating for more than 20 years, as ‘a work in progress’. Believing a business should evolve with the times, about six years ago Marcia encouraged her eldest daughter to take over an unused section of their building and establish an organic supermarket. As a result, both Marcia and her daughter continue the long connection to the area, to retail and to self-employment.

Anne has a PhD in history from the University of Queensland. She works as a professional historian and in this capacity, has conducted oral history interviews for the National Library of Australia’s Forgotten Australians and Former Child Migrants Oral History project and the Medical Board of Queensland. For almost three decades, she has been researching, writing and speaking (in academic and community forums in Australia and overseas) about the history of Lebanese settlement in Australia. She is the author of Not Quite White: Lebanese and the White Australia Policy 1880 to 1947, several journal articles and book chapters, and has edited two books about Lebanese in Queensland. Anne is currently president of the Australian Lebanese Historical Society.