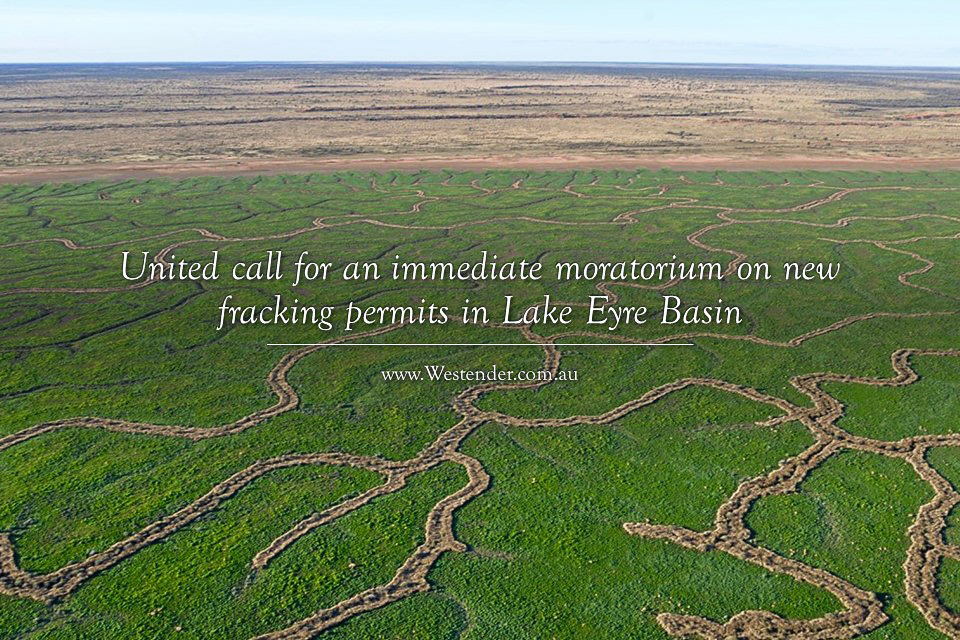 Three key organisations have jointly written to the Palaszczuk Government to call for a halt to all new fracking approvals on the rivers and floodplains of the Lake Eyre Basin until the protections promised at the last election have been put in place.

Lock the Gate, Environmental Defenders Office and Western Rivers Alliance were responding to a move by the Palaszczuk Government to delay indefinitely a second round of consultations about proposed amendments because of the current COVID-19 crisis.

In December 2019, the Palaszczuk Government said it was delivering on its 2017 election commitment to ensure Queensland’s pristine rivers are protected, by undertaking consultation with stakeholders to ensure the most effective protections for the Lake Eyre Basin.

“The proposed framework will increase protections for streams and floodplains in the Queensland section of the Lake Eyre Basin, since those protections were removed by the former LNP Government,” Minister Enoch said at the time.

On the 27th of March the Department of Environment and Science advised stakeholders that consultations would be suspended during the COVID-19 emergency.

Western Rivers Alliance spokesperson Riley Rocco said that in the meantime, the region’s rivers and floodplains should be protected until the deferred public consultation process is complete and permanent protection measures are in place.

“We recognise that COVID is understandably impacting timeframes for introducing better protection to the Channel Country but the environment and the communities of the region shouldn’t have to pay for that.”

“Placing a moratorium on all new gas mining activities on the rivers and floodplains of the Lake Eyre Basin will demonstrate to communities, Traditional Owners, industry stakeholders and the public that the Palaszczuk Government is committed to addressing concerns over the future management of this globally significant river system.”

“We maintain our long-standing call on the Palaszczuk Government to deliver on its election commitment to protect the rivers of the Channel Country within this term of government.”

“As long as there are no restrictions on fracking, the rivers and floodplains won’t be adequately protected,” Mr Rocco said.

Lock the Gate Alliance Queensland spokesperson Ellie Smith reiterated the Alliance’s call for an immediate moratorium on any new fracking permits in the Channel Country. “The Palaszczuk Government promised to protect these precious river systems and to publicly release a study on the impact of fracking in the Lake Eyre Basin, but neither has happened.

“Gas companies should not be allowed to run rampant across this iconic landscape while the coronavirus crisis distracts public attention.”

“Now more than ever we need to have confidence that the government is doing the right thing by communities, upholding good governance, and not compromising the environment while environmental policies have been put on hold. This moratorium would be a show of good faith that the Queensland Government is committed to protecting the precious Lake Eyre floodplains.”

The Channel Country’s rivers such as the Cooper’s Creek, Georgina, and Diamantina Rivers are, according to the  Western Rivers Alliance, among the last free flowing desert rivers on earth. They support an abundance of wildlife, a highly productive beef industry and important Indigenous cultural values. There is broad community and stakeholder support for protecting the rivers and floodplains of the Channel Country, including local pastoralists, the Lake Eyre Traditional Owners Alliance, scientists and conservationists.