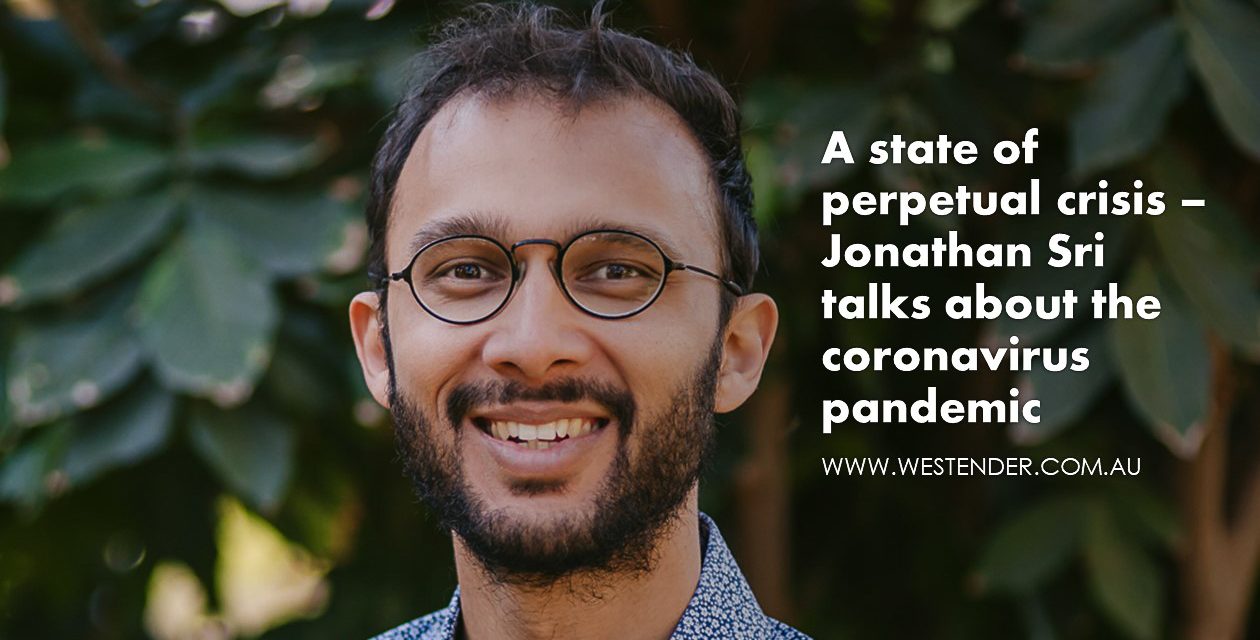 In this second interview with Gabba Ward Councillor Jonathan Sri, we focused on the coronavirus pandemic and began with the role of Brisbane City Council and of Councillors themselves.

“I think this whole shutdown period has been a stark reminder of how vulnerable and fragile the systems that shape our lives really are. Our food supply chains, our economic system, our manufacturing supply chain, everything is highly vulnerable to disruption. And it only takes a few shocks to the system to create some pretty massive negative flow-on impacts. As I’ve said before, we’ve now entered a period of multiple overlapping crises,” Cr Sri told me.

Cr Sri considers that Council could and should be playing a strong role in coordinating and connecting different services and support organisations across Brisbane to assist those in most need during the COVID-19 shutdown.

“Historically, Brisbane City Council did that, but over the past decade, that emphasis on community development and capacity building has decreased, and Council has shifted towards either service provision or neoliberal outsourcing. Which is a real shame because you could have a council that hires literally dozens of community development workers and their job is to know what community resources there are on the ground and in which community, and link those groups together, and support organisations where there are gaps”.

Cr Sri says that Council’s shift away from community development has exposed a weakness that has become very visible during this time of crisis.

But, he says, when there are more than 30,000 people in the electorate and just two staff, the Ward office is not resourced sufficiently to provide the needed support.

“We actually have a lot of information about the issues that people need help with, but we literally don’t have time to answer the phone constantly.”

Cr Sri said that overwhelmingly people contacting his office are concerned about housing insecurity – renters who can no longer afford their rent are seeking advice and support.

“Literally thousands of people in our Ward alone, are now struggling to pay the rent and are trying to negotiate with landlords. And concerningly, in a lot of cases the tenants are reaching out in good faith to the landlord, but the real-estate agency isn’t passing on correspondence.”

In many instances, the office is referring renters to the Queensland Statewide Tenant Advice and Referral Service (QSTARS) for legal advice.

Cr Sri says that the importance of local access to essential goods and services has also become more obvious during this crisis.

“And I think this really proves the point about the need for supporting walkable neighbourhoods.”

Beyond the more immediate support functions his office is providing, Cr Sri says that as a local Councillor his role is to advocate for a more flexible and caring approach from Council to the way it allocates money in its budget.

“This coming Council budget will be quite important. There’ll be a strong temptation to spend a lot of money on big infrastructure projects based on the goal of creating jobs.

“There’s probably also a really strong need to spend a lot of money on community development work and social support services. And perhaps also in terms of supporting the arts and creative industries to pivot towards different forms of content creation. So, there’s a lot of stuff that the council could be doing to turn the shutdown into an opportunity, but it will be an uphill battle,” he said.

While Cr Sri doesn’t think there has been a major shift in the relationship between the two major political parties, he does think that stronger levels of coordination across different tiers of government, with both Labor and Liberal Premiers meeting regularly with the Prime Minister, is a positive development.

“I think one of the lessons for The Greens, and probably for all political parties, is the importance of opening good communication channels across different government levels. And I think that’s something I’ve been yearning for at the local level where I honestly do wish we had a more open collaboration between myself and Jackie’s office and Terry Butler’s office. I think sometimes there are missed opportunities where the State MP and the local Councillor aren’t working together as closely as they could be.”

In terms of the future, Cr Sri thinks that we are going to have to pivot towards improving local community resilience and mutual support within local geographic neighbourhoods, and on a broader level he says:

“We’re going to have to shift away from rampant over-consumption and unsustainable capitalist economic models. And we are going to have to reassert the fundamental rights and civic responsibilities to provide access to housing, healthy food, clean water, adequate health care, and educational opportunity.

“I think hopefully this shutdown and pandemic will be a bit of a wake-up call to people who didn’t realise how bad things have gotten. Because this crisis is just revealing a lot of structural problems that were already there. And now that they’ve been made visible, hopefully it’s going to be too hard to push them back under the carpet.”

Cr Sri thinks we also need to be alert to what he calls, ‘disaster capitalists’ who will do what they can to take advantage of the crisis, companies that for example, push back against government regulation and argue for the need to ease red tape and green tape in order to, as they argue, ‘kick start’ the economy.

“Even Scott Morrison, the other day was talking about how we’re going to need corporate tax cuts and the relaxation of industrial relations laws in order to allow the economy to rebound, which is classic neoliberal disaster capitalism,” Cr Sri said.

When asked about the need to have emergency management plans in place, something that has been discussed locally in respect to the 2011 floods and also in preparation for the impacts of climate change, Cr Sri said he thinks we need to critically examine the framing of emergency preparation and crisis management planning.

“I think, sometimes it’s a fetish – we want to plan for some future crisis because then we can give the problem really clear parameters and say, ‘here are the boundaries of the crisis: this is the before, and the during, and the after’. Let’s stop talking about the fact that there might be a crisis on the horizon and start recognising that we’re already in the middle of multiple crises right now.”

“Capitalism is crisis, and our current society is in a state of perpetual crisis. And when we talk about how we can have a plan that’s ready to enact when a crisis emerges, that kind of masks or marginalises the fact that lots of people are already in crisis right now.”