WESS FIESTA TAKES A BREAK: But don’t despair – it will be back in 2021 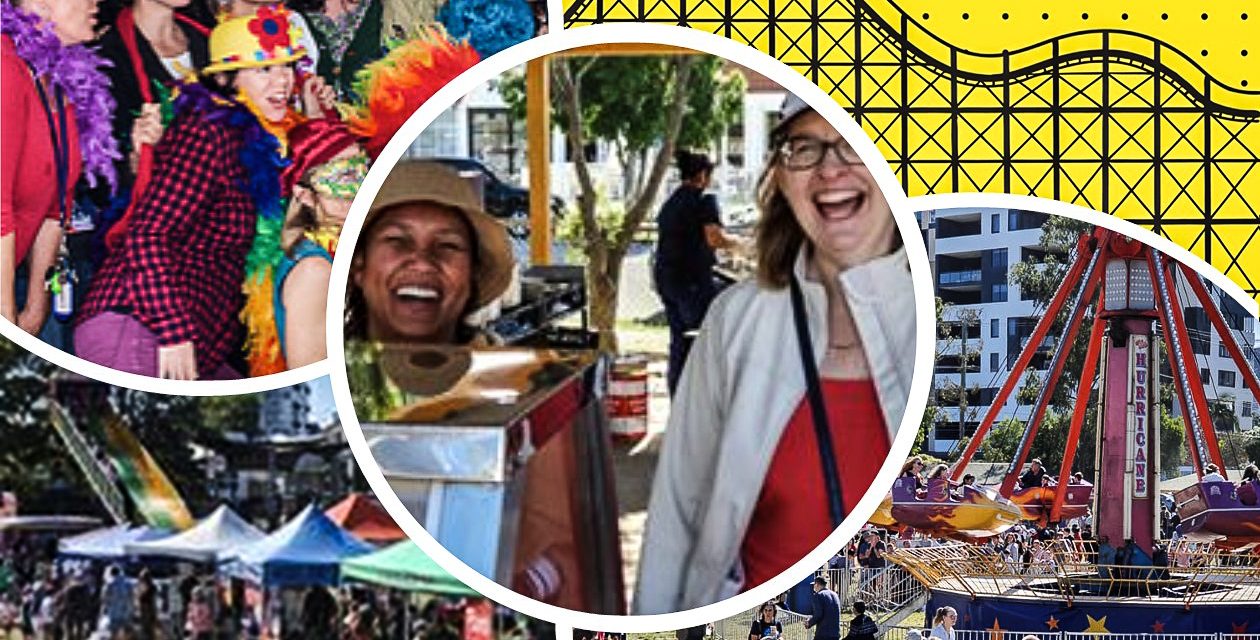 West End loves to party, and the West End State School Fiesta has been one of our favourite annual events over the past 25 years.

However, the West End State School Parents and Citizens Association (WESS P&C) has had to review the frequency of the fiestas. Part of the problem for them, and I’m sure that this is part of the problem across voluntary organisations in West End, has been that they just don’t have the volunteer numbers to pull off an annual event anymore, and the hours and effort doesn’t amount to a huge sum of money raised.

So, they’ve decided that it’s time to rationalise and hold the event biannually.

The Fiesta, which has been run by the school since 1995, is one of the oldest Fiesta still going on the peninsula. People who want to see it continue should contact the P&C, Gina said, “so that we can keep it a vibrant bi-annual event”.

“The day after the Fiesta it’s always great to see the happy smiling faces of the children”.

The school plans to hold the next Fiesta around mid-June in 2021 with a different format and the P&C would love to hear any ideas.

There’s a deep pool of talent for the school community to draw on for the Fiesta, Gina said. There are parent bands, musicians and artists who contribute. They are also glad to have year 11 students from State High who support the Fiesta while completing community hours.

Gina said that she’s been very grateful, and the school has been very grateful, for the wonderful support of Ms Dung who has run the Vietnamese stall with a crew of mothers and grandmothers, making hundreds of spring and rice paper rolls over a period of 20 years.  Ms Dung has recently retired from this role.

Other notable contributors to the West End FIESTA over the years have been Marilyn Trad and the current operations manager, Donna Stack, who’s been doing the job for 8 years.

The WESS P&C is also grateful for the local businesses who sponsor the Fiesta. There is a lot of in-kind support, Gina told me, and some cash contributions from Jackie Trad, The Catchment, Imaginative Signs among others. The Fiesta is also always glad to have the support of community organisations that set up tents and provide information and activities on the day, Gina said.

The Fiesta usually attracts around 4000 people, and many of those do not have children at the school.  There’s no entry fee and stall set-up is also free so all money (up to $50,000) raised is through people purchasing food and drinks and participating in raffles and in the silent auctions on the day.

On other school business, Gina said that the school community is looking at renovating the oval this year – another reason to give it a rest from the Fiesta. The decision about what surface will be laid will have some bearing on whether the Fiesta will be held on the oval next year, or whether it will be held in Horan Street, which is to become the Campus Heart of the newly extended school.

People can expect some new events from the P&C this year.

Gina told me that the P&C will be holding a sausage sizzle on Council election day on the 28th of March, so keep that in mind when you’re thinking about where to go and vote.

In 2018 the school held a Colour Run which was very popular. The P&C used an outside provider, and that was expensive, so they will now run the event themselves. Colour Run 2020 is set to explode on Thursday the 2nd of April. Children will sign up in March and get going to ask neighbours, family and friends for donations. On the day students have to navigate an obstacle course on the oval while parents and teachers spray, sprinkle, chuck and scatter coloured (non-toxic) powder and water over the children. The event will be followed by a sausage sizzle and cold drinks.

Another new event for the school will be a quiz night. Gina said the P&C is encouraging Westenders to brush up on their West End history and local knowledge for Trifling Trivia, to be held on the evening of Saturday June 20th from 7pm. This is a fundraiser for the grown-ups Gina says. You can book a table of 10 and there will be a bar and platters of food for sale.

The role of the P&C is to improve the amenity of the school and funds raised annually of around $120,000 are used for example, to provide home readers, IT STEM programs, and infrastructure upgrades, such as air conditioning. (That was of course before the State Government announced that it would they would be funding, all air conditioning in state schools).

The P&C is always looking for new parents to participate. Gina is stepping down from the President role in March 2020 as her son has now moved on to State High. And so, the call has gone out for new parents, and of course citizens to fill some coming vacancies. Gina said often they see some new faces, but it is more of a challenge for them to attract new parents to participate on the committee. However, Gina has been pleased with the response to the call out so far and is excited to see new parents coming forward.

Joining the P&C she told me, “is a wonderful way for parents and friends to become invested in the school.”

“I am super proud of the work of the P&C and its achievements,” said she.

If you want to get involved, email Donna on pandc.wess@bigpond.com