A renowned satirical cartoonist in Iran, Hesam Fretati has continued working in Australia, making street art and a series of political cartoons based on the migrant experience in Australia.

In the lead up to his graduation, his Anticipation series will be hung as part of a group show in the Philip Bacon Heritage Gallery on level 4 State Library of Queensland, Southbank from 18th June.

Brisbane based artist, Hesam Fretati, has retrieved a handful of the books pulped and banned before he left Iran. 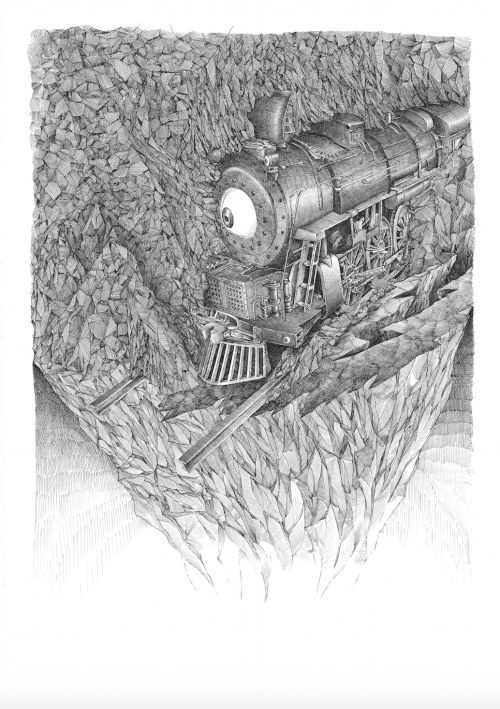 One of the Anticipation series, exhibited at the SLQ in South Brisbane

The book, illustrating the Declaration Human Rights was pulped in 2011, and an exhibition of the original works was closed down. Hesam subsequently came to Australia to study at Griffith University’s Queensland College of the Arts.

Postcards of images from the banned book, the Anticipation series and his other works are available at the State Library Queensland Bookshop and the artist’s facebook page: facebook.com/hesam.fretati