Why stay in school when I’ve already lost my childhood? 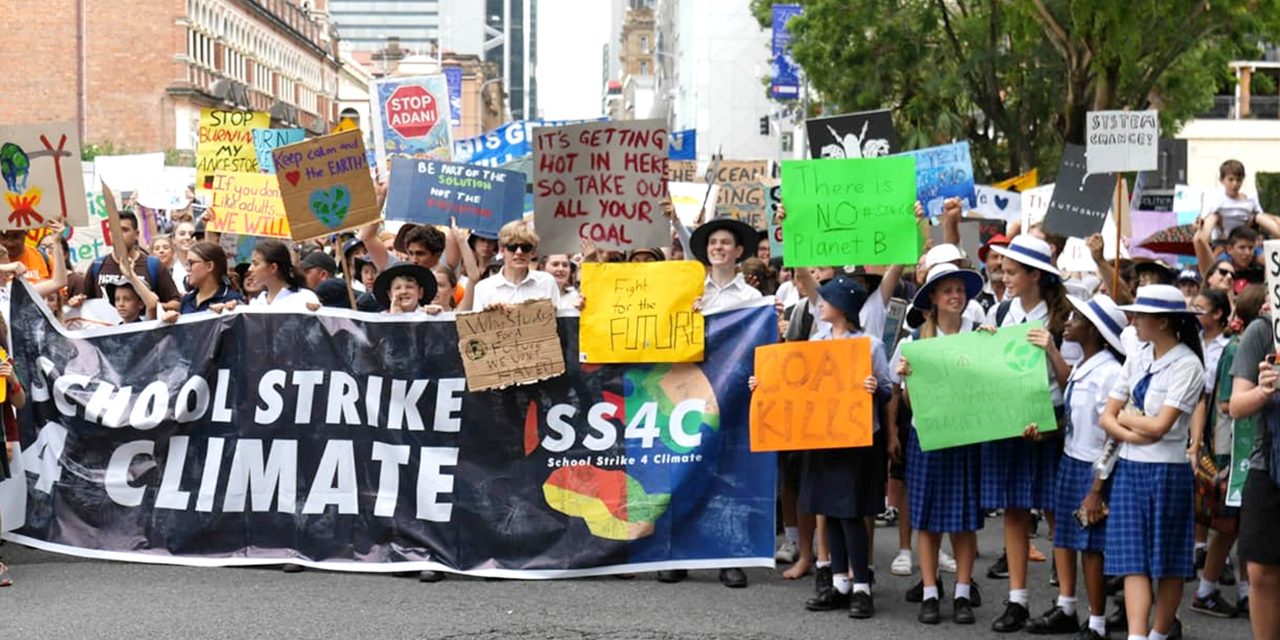 ON FRIDAY 15 OCTOBER school students in Brisbane will rally as part of a national school strike, demanding that the Morrison Government says no to funding dangerous gas and coal projects, and instead invests in clean renewable energy, secure jobs and First Nations solutions to protect Country. The day is being organised by the School Strike 4 Climate network, as well as First Nations communities, unions, parents, and everyday Australians.

Charlotte Bader, 15, a student at Wellington Point State High School, will be striking alongside thousands of other students on Friday 15 October.

Charlotte has spent her entire life growing up alongside the coast, and living in the Bayside area. Since she was young, she has seen the effects of the climate crisis in her local community, and the destruction of the natural environment caused by a lack of action on climate change.

Charlotte will be striking on Friday 15 October for one simple reason:

“I want myself and future generations to be able to have a similar childhood to me – surrounded by the ocean which is clean and healthy.”

“For decades, scientists, young people, frontline voices, and the broader public have been calling on our Federal Government to act immediately on climate change. Instead, we have seen the diversion of COVID-19 funding towards financing dangerous fossil fuels and the approval of unsafe and economically unsound coal mine expansions – by the same Government shown in a court of law to have a duty of care to safeguard the future of young Australians!

Our Federal Government should be supporting action on climate change, instead they are funding fossil fuels which are fuelling the climate crisis, devastating our land and water, wrecking our health and creating very few jobs.

I have seen erosion, an increase in rubbish and other pollution, and a decrease in the amount of wildlife in my community. The water is not as clean as when I was younger, and I am starting to be able to see bits of plastics and pollution in the water.

On October 15, we’re striking to tell the Federal Government that if they care about our future, they must stop throwing money at fossil fuels. Because what’s the point in staying in school, Prime Minister Morrison, if I have already lost my childhood and my future?”