A Big Year for WECA 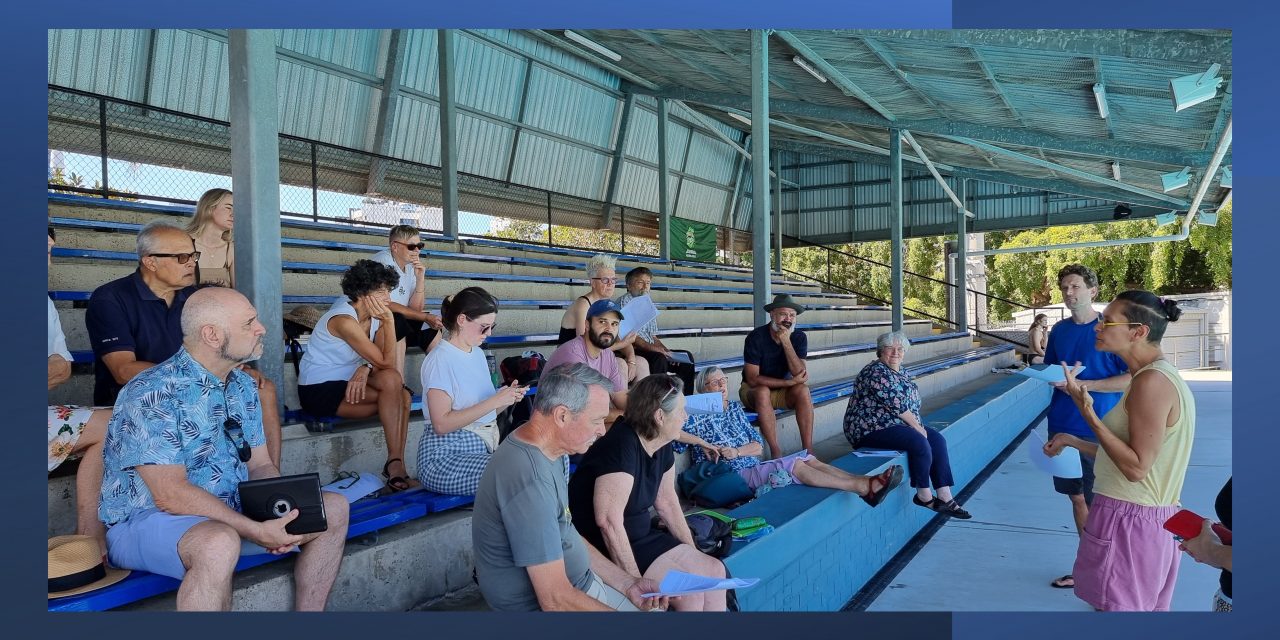 It’s been a big year for WECA as they were forced to find workarounds to the complications of COVID shutdowns and social distancing. There is much to make them proud: the activation of People’s Park, a successful Kurilpa Community Day replacing the loved Kurilpa Derby, the West End Film Festival going digital, and ideas flowing from a family forum.

WECA also supported the community with information and submissions on the Olympics 2032 and a range of new developments and are now poised to appeal the 20-storey tower at 88 Merivale Street in South Brisbane.

In her President’s report, Seleanah More said one of the key activities for WECA this year has been working with local members, Council, and other local organisations in the activation of People’s Park.

The most significant event for WECA in 2021 was the Kurilpa Community Day held at Davies Park on 19 September. Ms Moore said it had been difficult to leave the Kurilpa Derby and the Beggars Banquet on the shelf this year due to COVID restrictions but was thrilled WECA could present a free community event with over 223 performers and facilitators and enjoyed by 2500 attendees –  “including dogs”

Ms More gave special thanks to the fifty-plus volunteers on the day for looking after all participants in the heat.

The Kurilpa Derby will return to Boundary Street in 2022, incorporating suggestions provided as part of WECA’s community day survey.

Another event that required quick pivoting by WECA and organisers was the West End Film Festival. Usually held as a public event, the program had been scheduled to appear for the first time at Metro Arts but was quickly transformed to an online event due to a snap lockdown in August.

Ms More said the digital component of the festival will now be a permanent feature.

In response to the changing demographic in the 4101 postcode, WECA held a family forum at Orleigh Park in September.

“WECA wanted to engage with families to build a neighborhood for which they can thrive,” Ms More said.

“It was inspiring to meet in Orleigh Park, secured by the Hill End Progress Association over 100 years ago to plan and build future places to enjoy.”

“Strengthening the resilience of our community in the face of a warming world were also raised.”

During the year, WECA held consultations on Brisbane City Council’s proposed green bridges to West End and was involved in several actions around new developments.

“The Olympic Games will be foisted upon us and WECA recognises the impacts will be intense and prolonged over the next decade.”

She said WECA has demanded a seat on the Olympic Committee in their submission to the Brisbane Olympic and Paralympic Games Arrangements Bill 2021.

Ms More acknowledged the work of Sebastian Vanderzeil on their Olympics response.

WECA has informed the community about developments and made submissions to the Council, including about the two of the twenty-five storey towers proposed for 281 Montague Road, edging Davies Park, and the six-storey development proposed for 5 Dudley Street (which exceeds the three storeys zoned for that area).

WECA has also prepared submissions on the proposed development at 88 Merivale Street in South Brisbane – now approved for 20 storeys in an area zoned for twelve stories.

Since the AGM, WECA has announced that it will lodge an Appeal against Council and Aria for the 20 Storey tower at 88 Merivale Street, South Brisbane.

“Our community expects Council to uphold the legal planning scheme. The Neighbourhood Plan (created through a public statutory process) sets the height limit at 12 storeys for this site.”

“Our community expects Council to uphold the legal planning scheme. The Neighbourhood Plan (created through a public statutory process) sets the height limit at 12 storeys for this site. We say #12isEnough.”

In an update on 20 December, Ms More said:

“Our solicitor filed  the appeal 17 December 2021. WECA has set up  #12isEnough Campaign calling for donations to cover legal expenses.”

Other activities have involved WECA protecting trees marked for removal in Whynot Street and participating in consultations with Kurilpa Futures and Queensland Ballet in a community design engagement for Montague Road.

WECA has also collaborated with Health Consumers Queensland and other community groups to engage in conversations about being COVID prepared now the borders are open.

Ms Moore gave her heartfelt thanks to the outgoing Management Committee of 2021.

“I am humbled to work with a team with such diverse skills.”