Maeve Lejeune’s passion for the Houses of West End. 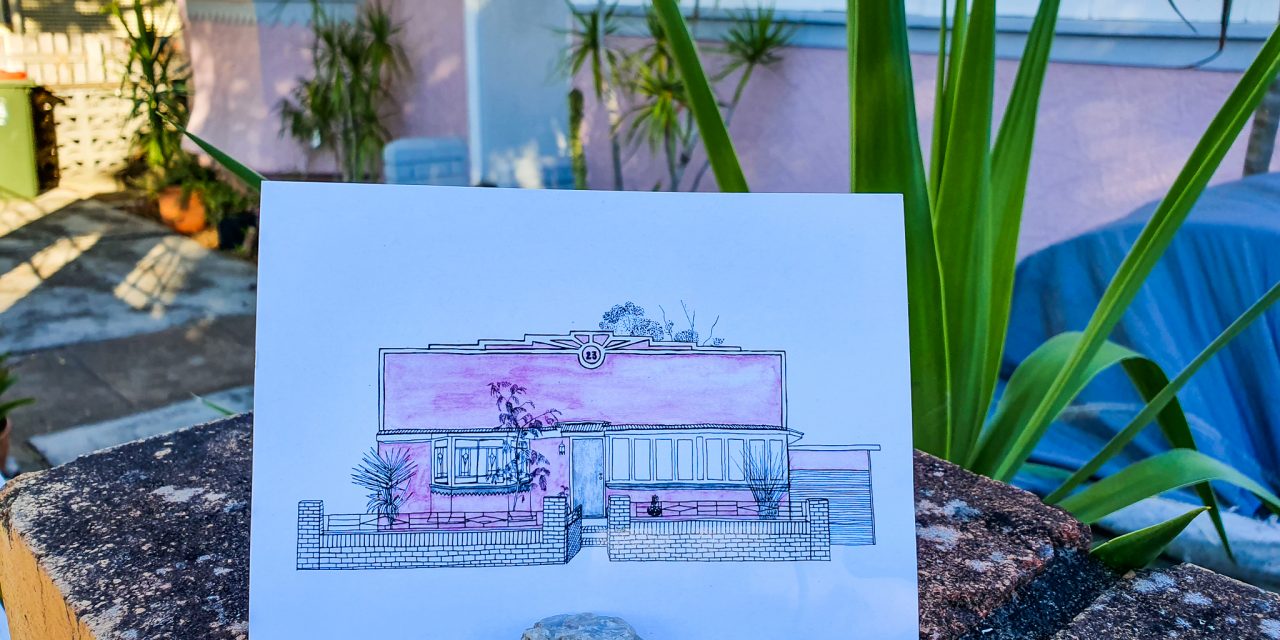 Maeve Lejeune’s roots run deep into West End – it inspires, and is the subject for her art.

Maeve was born at home in a house on Spring Street, where her aunty now lives and next door to her Nana’s current home. Six weeks after Maeve was born, her family moved from Spring Street around the corner to Skinner Street, where she grew up before eventually moving into other share houses in West End. Maeve attended West End State School and Brisbane High, and studied at the Queensland College of Art. She still lives in West End.

“I usually bump into someone I know when I go anywhere within West End.”

After completing her Bachelor of Design in 2017, Maeve decided that she wanted to work on her own projects, rather than working for others, and so, what started as a student colour-in zine, turned into her passion project, “Houses of West End”. 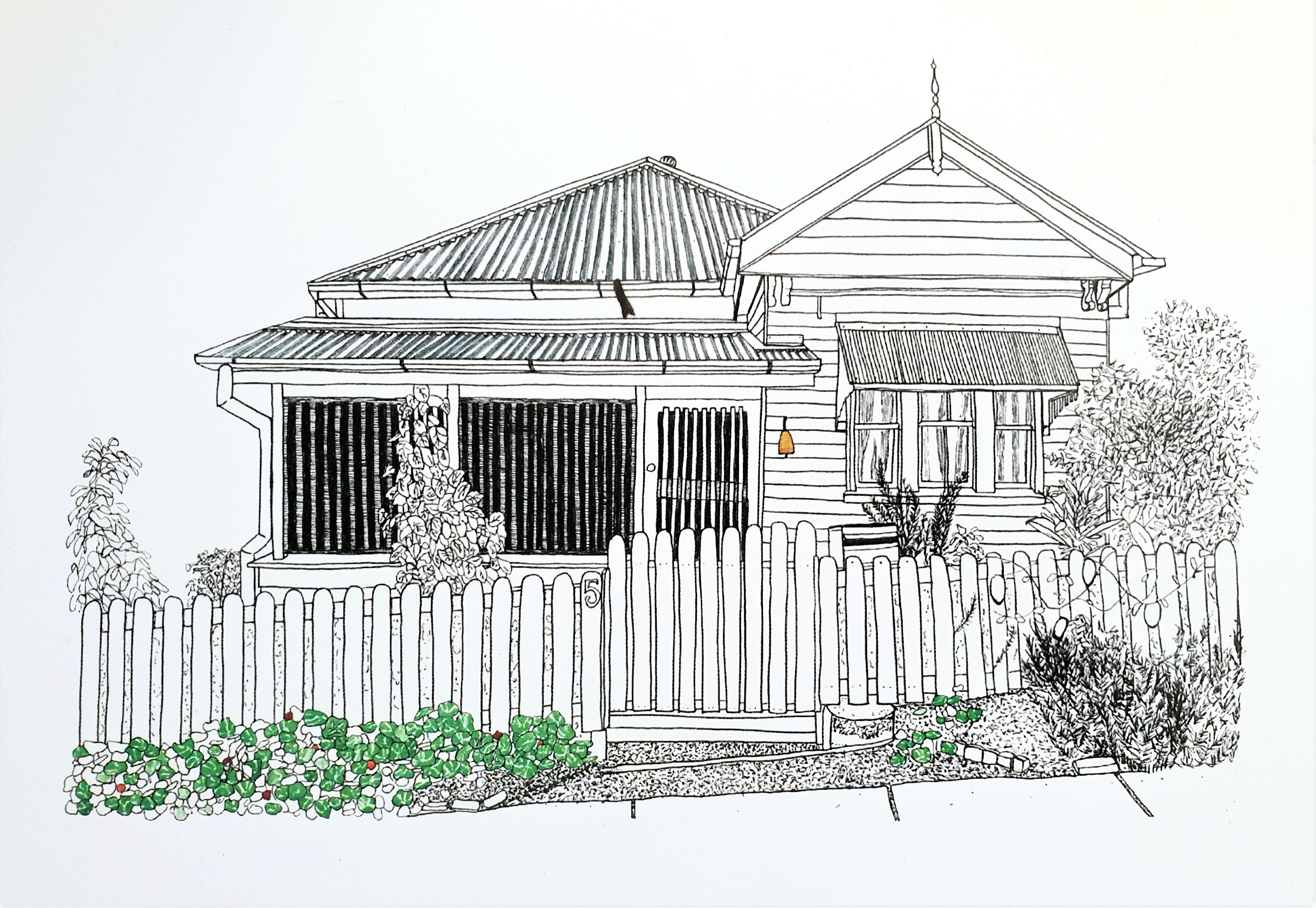 Part of Maeve’s motivation for the project came from being confronted by houses suddenly disappearing from the West End landscape.

“A house can exist for years, and be knocked down in a day”, Maeve told me, “and you almost don’t remember what it looked like, because its gone, and you don’t have a record of it.”

“I wanted to hold on to how I see West End, even though I know it is going to change.”

“I started with houses connected to me: my Nana’s house, my mum and dad’s house, my aunt’s houses, and then friends’ houses”.

Her Mum, who shares her passion for West End, is her most enthusiastic fan, and motivator.

Maeve will take commissions, but she also illustrates houses that appeal to her personally in some way.

While Maeve has not explored the history of the houses she illustrates in any detail, she does love to hear their stories from their owners. 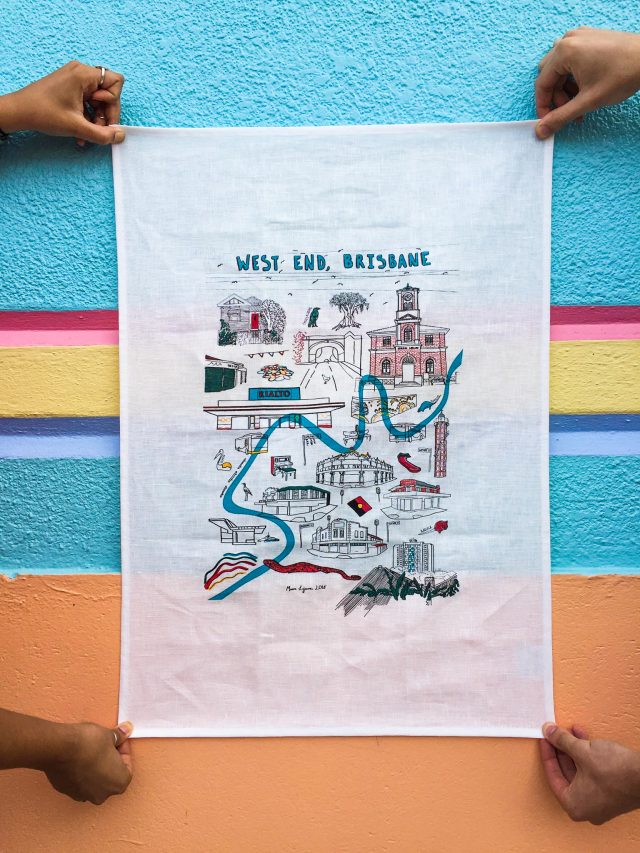 Maeve says that she loves the detail in the houses she draws.

“Each one has its own unique features, it might be the leaf motif in the railing or the colour its been painted.”

She has no particular favorites, but does love houses that have an element of the unusual. As she has progressed with the project she has started to appreciate how each era has brought changing designs to the area. She is particularly fond of the Rialto Cinema building on Hardgrave Road, and the art deco flats next to Mick’s Nuts.

Where can I get one?

Apart from commissions, Maeve now sells her illustrations in the form of postcards and tea-towels. She is about to launch a new tea-towel which is a retrospective of the houses she illustrated last year – it will be a limited print run, so Maeve encourages people to get in soon.

Her work is sold at Open House in Vulture Street, at Nook in Browning Street, and at Avid Reader and Bent Books on Boundary Street.

Half of the profits from Maeve’s new tea-towels will go to West End Community House.

“Sometimes I feel weird about having commodified West End. So, this feels like a good way for me to give back to the suburb that I love so very much.”

Maeve has recently done some work with the West End Making History group on their Boundary Street Plaques. And, you might also see Maeve’s work on designs for the West End Community Association’s Kurilpa Derby and Beggars’ Banquet. 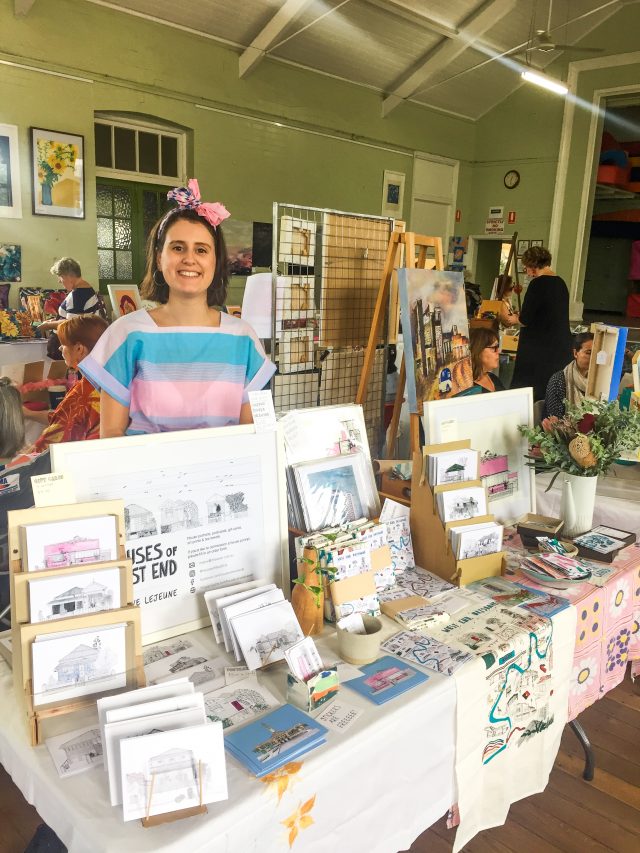 Thanks to Maeve for her assistance and for providing the images to illustrate this story.