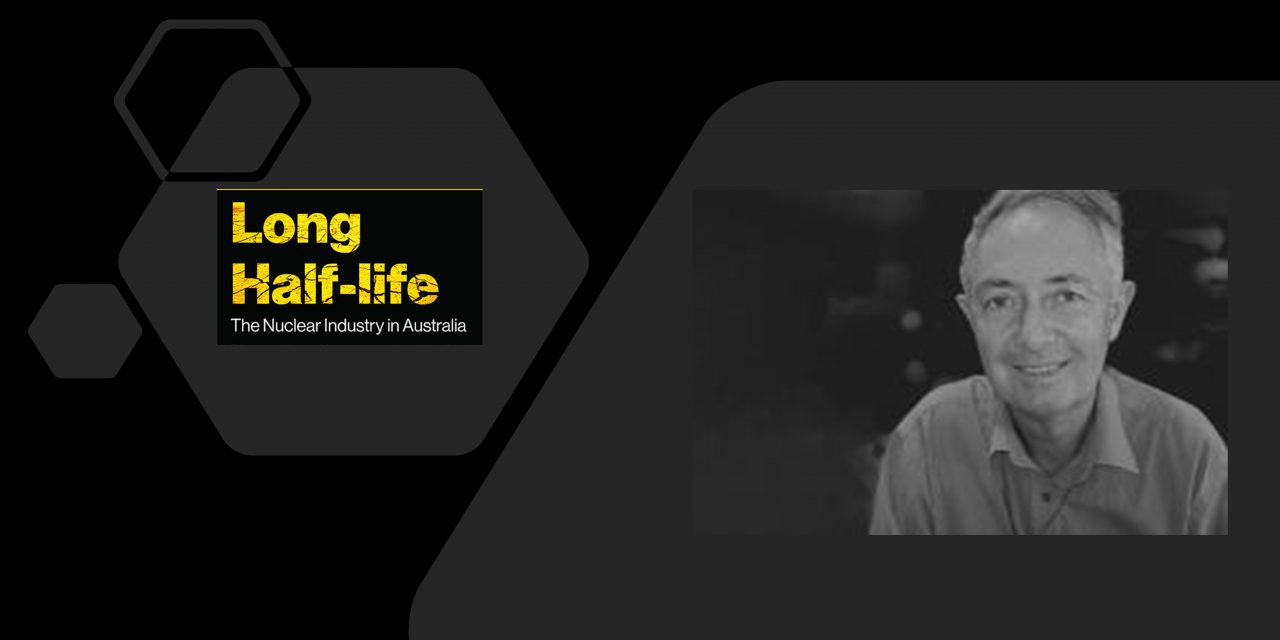 ‘This book is a clarion call for sanity at a time when we can finally get the nuclear monkey off our back – highly recommended.’

Ian Lowe’s new book – Long Half-life – The Nuclear Industry in Australia – is a timely and riveting account of the political, social and scientific complexities of the nuclear industry, revealing the power of vested interests, the subjectivities of scientists and the transformative force of community passion.

The discovery of large uranium deposits in the Northern Territory suggested that Australia could become a major exporter of radioactive minerals. The Fox Report, commissioned by the Whitlam government to study the environmental impacts of the proposed Ranger uranium mine, broadened into an inquiry into the social and political issues of producing uranium.

The report concluded that exporting uranium would be quite profitable for the mining company but would have limited overall economic impact and provide modest employment. It also recommended that any decision to export uranium should recognise the inherent problems of nuclear energy, radioactive waste and weapons proliferation, so limits on expansion of production should be set and the policy “should be the subject of regular review”.

It noted that the 1976 UK Royal commission had argued that using nuclear power should be limited until it was convincingly demonstrated that the highly radioactive waste could be safely contained “for the indefinite future”. Deciding to approve export of uranium from Ranger, the Fraser government assured the public that the waste problem had been solved and that exports would be subject to the strictest safeguards. The waste problem had not been solved, and still hasn’t, while the safeguards have been systematically watered down every time they looked like impeding sales.

The economic benefits turned out to be even more modest than the Fox report projected. Instead of exports from Ranger expanding to 30,000 tonnes a year, they amounted to 120,000 tonnes over 40 years, 3,000 tonnes a year. Similarly, when the Olympic Dam mine in SA was being developed in 1982, it was claimed it would employ nearly 3000 people and pay $100 million a year in royalties to government. By 1997 it employed about 950 people, while royalties for the first twenty years of operation totalled $60 million.

The 2016 SA Royal Commission concluded that there could be a significant economic opportunity in managing the waste from nuclear power stations in Japan, South Korea and Taiwan. The Commission warned such a major investment would require clear public support, so the government established a citizens’ jury to consider the issues; to the surprise of the elected politicians, the citizens strongly recommended against the proposal, which was subsequently dropped. The issue raised important questions about trust in experts and trust in governments to manage complex long-term issues.

Malcolm Fraser, the Liberal Prime minister who had in 1977 approved Australia becoming a major exporter of uranium, in later life realised the problems this was creating. Large volumes of high-level waste are still being stored near nuclear power stations, with most of the countries involved still having no clear plan to manage those materials for the unimaginably long periods required. The Nuclear Non-Proliferation Treaty has not led to the weapons-holding nations disarming, so predictably others have joined the nuclear club, with the real risk that tensions in the Korean peninsula, the Indian sub-continent or the Middle East could lead to the catastrophic consequences of nuclear weapons being used against cities.

Concern about the moral responsibility for the uses of Australian uranium raises the question of the social licence to continue exporting.  Writing an opinion piece in 2014, Fraser warned that we have “the elements of a perfect storm for nuclear calamity” and urged Australia to become a global leader in the campaign to abolish nuclear weapons. Unless they are banned, he said, ‘the risks of nuclear weapons being used will grow towards inevitable use”. That warning should at least provoke a review of uranium exports, as recommended 45 years ago by the Fox Report.

Professor Ian Lowe AO is  emeritus professor of science, technology and society at Griffith University in Brisbane, as well as being an adjunct professor at Sunshine Coast University and Flinders University. His previous books include A Big Fix and Living in the Hothouse.