No resident voice in planning is not good planning: a conversation with Laurel Johnson.

Yet again we have seen protests against over-development in West End, most recently opposing a proposed 26 tower development bordering Davies Park on Montague Road, so it is timely for us to talk with planner Dr Laurel Johnson about what needs to change.

As a founding member of the West End Local Push 20 years ago, Laurel is very familiar with development issues on Kurilpa Peninsula.

Laurel Johnson is a widely respected planner with a commitment to social justice and achieving outcomes for communities. She manages a social planning consultancy, and she is an academic at the Yunus Centre in the Griffith Business School.

In February 2021, Dr Johnson was a joint winner with Jennifer Morrissy of the 2020 ‘Outstanding Woman in Planning’ award. The award acknowledges and celebrates the important contribution that women planners make to planning as a profession and to the outcomes of planning work in Queensland.

Dr Johnson said the award is meaningful to her because it symbolised a shift in the planning profession towards acknowledging social planning.

“My interest has always been the interface between space and people. From how people use and appreciate space to how they might exert their influence over city shaping, from their site to the street, to the neighbourhood and the city. That’s really what interests me about planning.”

“Social wellbeing should drive planning. That’s why we intervene in the private market, to make sure that we do no harm, and that we maximise the benefits of development as best we can as planners. That’s my value as a planner. So, to have that value set acknowledged by my professional institute, is the significance of that award.” 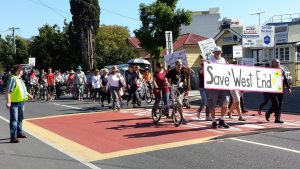 Dr Johnson says in the State’s Planning Act 2016 the purpose of planning is described as achieving “ecologically sustainable development”.

In practice, Dr Johnson says, the social wellbeing component of the Planning Act can be overlooked, or its importance diminished, as policymakers focus on economic development. 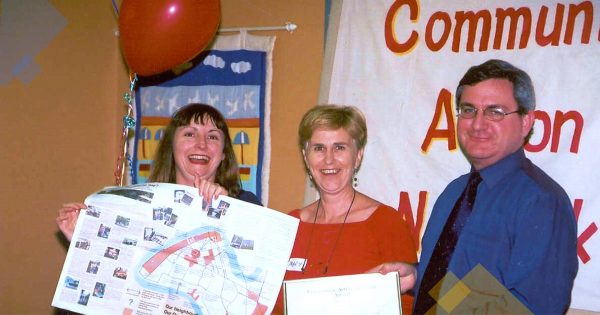 Speaking at a Your Suburb, Your Say rally in Kangaroo Point on 8 May, Dr Johnson said it was time Brisbane City Council saw communities as planning partners rather than the ‘enemy’.

“Residents are perceived as haters, as a problem for the city, which perplexes me as a planner who has worked in many other cities around Australia. You should be brought inside so you can use your energy and your love for where you live to assist in planning for the future of your area and the city.”

“The lived experience of residents will tell you about the cumulative impacts of developments. So, height might be a proxy for, “you’re destroying the character of my street because that’s the third high rise tower to go into my neighbourhood. And all of those cars are spilling off onto the street. And now I’m competing for open space, the schools are burgeoning’, etc.”

“One of the factors of social wellbeing is to listen to communities and to allow those voices to influence decisions. But Brisbane’s Council is not listening to the lived experience of residents and there is no mechanism in planning for dealing with cumulative impacts, particularly of infill development like we’re seeing on the peninsula, and in West End.”

“From my perspective, local knowledge is a form of expert knowledge and to not listen to that, and to not have that taken into account in influencing your own decisions around a development, is to not consider the third pillar of ecological sustainability:  social wellbeing.”

“I’m not sure how you can achieve social wellbeing if you’re not listening to the people who live there, or are likely to live there.”

Under Queensland’s Planning Act, if a development does not strictly comply with the development specifications that apply in a particular local area, the planning scheme allows for innovative solutions or approaches that still achieve the overall aim of the code. These are known as ‘Performance Outcomes’. So, for example, a developer may propose additional height for a building while offering as a trade-off, other benefits for the community, such as accessible green space. The Aria Property Group has taken this approach for a high rise development on Glenelg Street in South Brisbane and by Henroth Investments and Manly Properties for their development proposal at 281-297 Montague Road.

Dr Johnson says that the problem with the performance-based system is that the negotiations between the developer and Council tend to be closed conversations.

“There has been an amendment to the Planning Act requiring that transactions like that need to be made public… but the community isn’t involved in that conversation.” 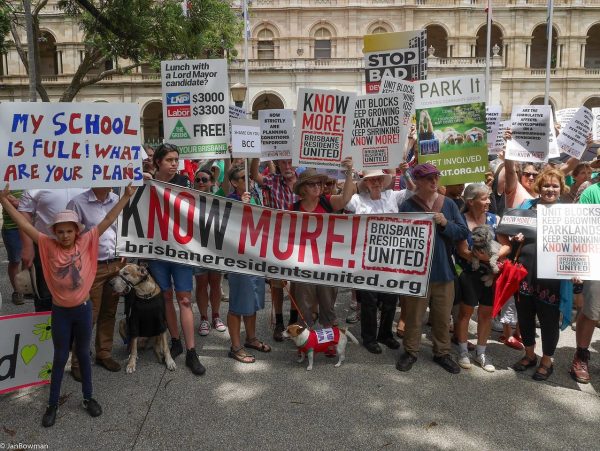 Dr Johnson says she would like to see more enduring mechanisms for engaging residents and the communities of Brisbane in planning.

“So, when in the performance-based system, we’re getting an extra five storeys, everybody’s very clear what the community benefit of that additional five storeys is, and they have guided it.”

It might seem unachievable to many West End residents, but Dr Johnson says such mechanisms are possible.

For example, Dr Johnson said, in the past, and in other jurisdictions, Council Wards have advisory groups made up of representatives of the local school, the P&C, seniors and young people’s groups. These groups are given a list of development applications, and they’re able to call in the developments, interrogate them, and investigate the details of the development.

“The lived experience can’t be replaced by development assessment officers sitting in Brisbane City Council, who don’t live in the impacted area and don’t have the same enduring relationship as the residents.”

“The development assessment process, particularly where we know there are highly contentious and contested developments, should involve local knowledge and local expertise to tell you what the impacts are.” 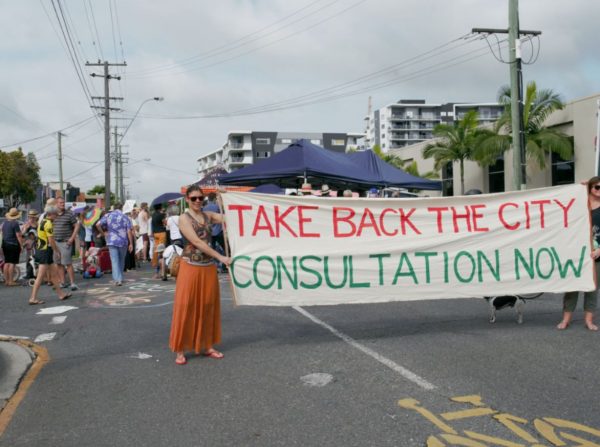 Dr Johnson says that because the State Planning Act sets out minimum, not maximum, standards for community engagement, Councils can operate to the lowest requirements like putting a technical draft out for public submissions.

“They could do a much more open neighbourhood planning process, … but, because that’s not occurring in Brisbane, we are looking to change the Planning Act to require it.”

Dr Johnson said that this is not ‘off the planet’ thinking. In Victoria, for example, there’s a requirement that each Council has a deliberative community process to arrive at their community vision. That community vision then drives Council’s decision making.

“There are good models around that could be developed, but it does need will and leadership. What we’re seeing in Brisbane is a stubbornness around opening engagement pathways for residents’ voices and allowing locals to influence decisions. Instead, residents are told, “well, you should have been on the neighbourhood planning team”, or, “you should have been involved in the city plan when it was reviewed”, or, “You should have made a submission on that application”.

Unfortunately, Dr Johnson said, she hasn’t seen any evidence that the State Government has any appetite to open up the development assessment process to more community scrutiny. 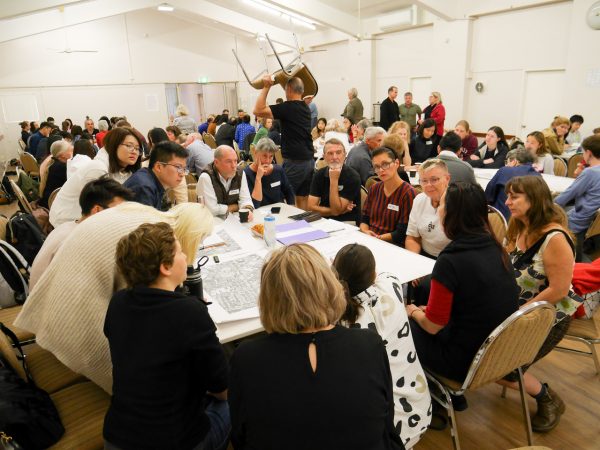 Residents engaged in an ideas workshop for Boundary Street, at a full AHEPA Hall – August 2019

What it would take, Dr Johnson said, is for a coalition of groups in Brisbane and other areas of the State, to take a state-wide position to the Minister for Planning.

It will also be essential to increase community literacy around planning Dr Johnson said.

“If there was a will in the state to amend legislation to open the doors to greater avenues of participation, then that should be accompanied with some resourcing.”

“I think there are developers who want certainty, who want their developments to nest within an environment where they’re relatively welcomed by local communities.”

“It costs everyone time and money when local communities are ignored.”

Can we fix our broken city planning system?