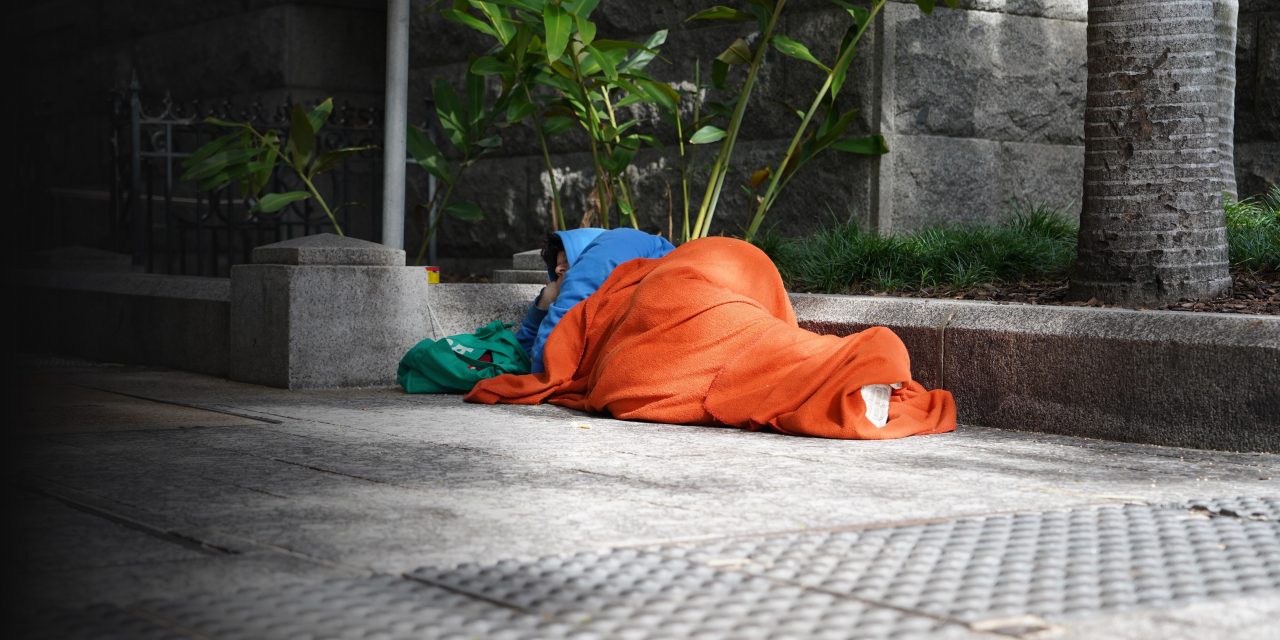 Micah Projects CEO Karyn Walsh talked with The Westender yesterday about new research by the Australian Alliance to End Homelessness (AAEH) and the University of Western Australia (UWA), revealing an estimated 90 people died while sleeping rough in Queensland last year. The national estimate is 424 deaths.[1].

The AAEH and Micah say these numbers are likely to be a significant underestimate because there are no national systems to measure data regarding homeless deaths.

“We’re not very good at having real time data about homeless people when they’re alive. We’re even worse when they die,” Ms Walsh said.

Housing as a social determinant of health

Data suggests that people sleeping rough have a reduced life expectancy of up to 30 years.​​ Ms Walsh said this highlights that people who experience homelessness are dying prematurely from preventable illnesses.

“If we get people into housing and provide integrated health care, their chances of being able to self-manage or have better management of chronic disease, improves.”

Ms Walsh said it is disturbing that diagnosis of disease for homeless people is often not until the illness is well advanced.

“A lot of people we work with have had no screening, and the preventative work isn’t being done, and people get diagnosed very late.”

Ms Walsh said the research by UWA makes homeless deaths more visible to governments and can be used as evidence to improve health care, reduce health inequality, and focus on housing as a critical social determinant of health.

Naomi* was a 47 year old female with a severe auto-immune disease that affects multiple organs. It caused chronic renal failure, heart failure, and painful ulcers. Naomi was rough sleeping and staying in women’s refuges for at least a year before her death. In addition to her extensive physical ill-health, Naomi had experienced repeated abusive domestic violence from a previous partner, and had been hospitalised with injuries from this on numerous occasions.

On her last hospital admission prior to death, Naomi had 15 different prescribed medications to treat her various health conditions. As is quite common among homeless patients who have experienced trauma, Naomi discharged herself from her last hospital admission (for oesophageal ulcer bleeds and a clot) ‘against medical advice’. She passed away six weeks later, in May 2020.

This Homelessness Week, the AAEH and Micah Projects urge the Australian Government to show leadership by urgently commissioning the Australian Institute of Health and Welfare (AIHW) to develop a national homelessness death and life expectancy gap reporting framework.

The AAEH and Micah Projects also urge the Queensland Government to back this call.

AAEH says that data on reduced life expectancy and causes of death drives efforts to improve outcomes for many population groups in Australia. For example, measuring road deaths and the life expectancy gap for Aboriginal and Torres Strait Islander peoples can influence policy changes to improve health outcomes.

The findings from Home2Health’s research are so significant that they should prompt urgent action by all Australian governments, AAEH CEO David Pearson said.

“This is a national emergency. If 424 people died in a plane crash last year, no expense would be spared in finding out what happened and how we can prevent this from occurring in the future,” said Mr Pearson.

“If we are to drive change in this area, we must measure and publicly report what is an all-too-frequent but hidden occurrence in communities across Australia – that people are dying without a safe place to call home.”

“If we treated homelessness like the public health issue that it is, we would be able to prevent the hundreds of senseless deaths among people experiencing homelessness across our nation. It’s critical that we implement a national system for tracking homeless deaths so we can get the death toll down to zero.”

Ms Walsh said Micah is working constructively with the State Government to get better real-time data on vulnerable people’s health.

She said she would also like to see the Federal Government step up.

“We would say the Federal Government has the dual role of making sure that there’s funding for primary health care for homeless people through the Primary Health Networks, and securing that funding. At the moment funding is year by year, even though across Australia it’s been demonstrated that it’s very effective in reducing Emergency Department admissions and getting better health outcomes for people.”

Governments have not been building social housing at the rate required, Ms Walsh said.

“There has been years and years of advocacy about why this is an issue. COVID is making it worse and more visible and creating more complexity. People who are missing out due to COVID are certainly the people that are very vulnerable and have high and complex needs. But there are also people missing out purely because of affordability.”

The Queensland Department of Housing has enacted an emergency housing assistance response for this current COVID shutdown, and Micah has already placed over 100 people in hotels and emergency accommodation.

“And then of course, there’s the challenge of where people go when the lockdown is over.  We need to solve homelessness for people in insecure tenancies, because otherwise, every time there’s a lockdown, it is costing a lot of money to put people into hotels,” Ms Walsh said.

Ms Walsh said it is critical to see housing as part of the infrastructure needed for the 2032 Olympics.

“So that when they do come in 10 years’ time, we’re not putting people up in hotel so that they’re not visible because they don’t have a home, or telling people they have to leave Southeast Queensland where the Olympics are held. We need to make sure that we are getting to that goal of ending homelessness because it’s unnecessary – it’s a structural issue that we do not have affordable housing.”

Micah Projects is a not-for-profit organisation based in West End. Micah Projects engages with people experiencing adversity due to poverty, homelessness, mental illness, domestic violence, disability, and all forms of discrimination.

If you want to support Micah Projects, they do need donations of food for their community pantry. You can leave your donations at Hope on Boundary Café.