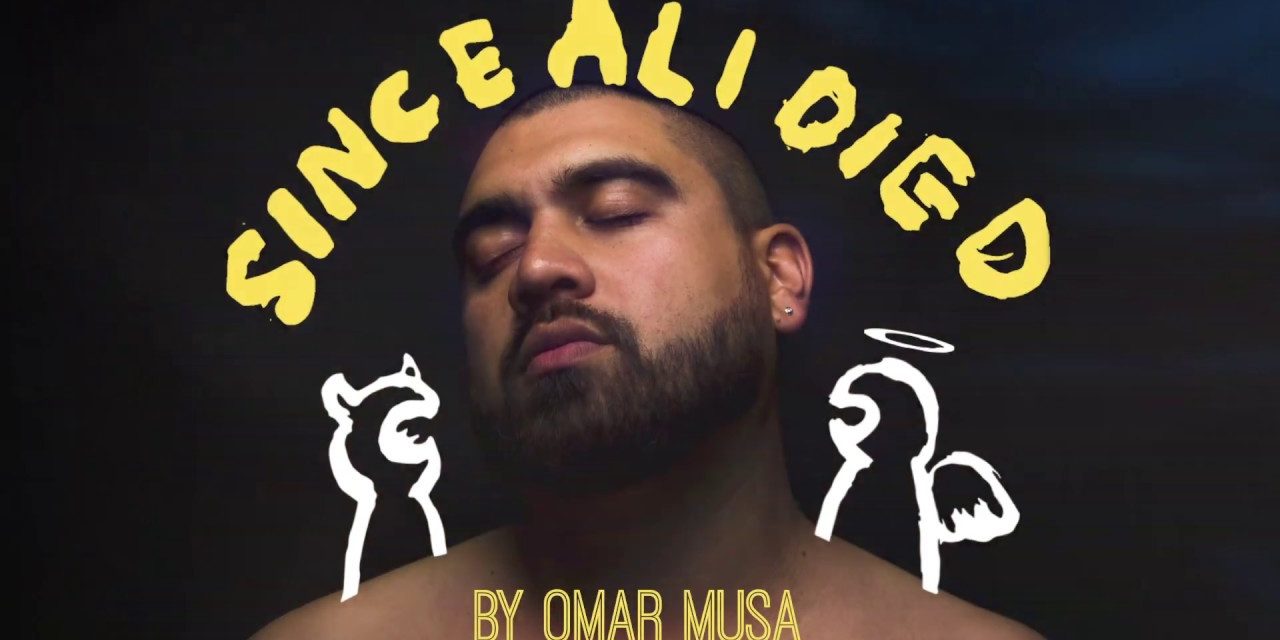 Omar Musa’s show “Since Ali died” is a clever combination of spoken word, storytelling, hip hop and audience asides, as he tells interweaving stories of a life as a suburban kid with Malaysian heritage, the travails of a desperately lost friend, of love gone awry, and struggle with his faith.

Unlike some other theatre or performance work, it was not merely a dark tale of heartbreak and brokenness. Musa shone light into but didn’t dwell in painful recesses of these stories. Rather, like his great idol Ali, Musa took flight and soared above. Questioning, probing, musing on the bigger lessons to be learnt, the ancient truths that might be revealed, within the stories emanating from the cultural melting-pots of our schoolyards and suburban mean streets.

His use of metaphor, innate poetry and rhythm enabled this, moving from dream state, to direct speech, to confessional, as he traversed themes of communal violence, heartbreak and self-acceptance.

The format allowed some serious and hard shit to be opened up, crafting a link between story and deeper meanings. You were sucker punched with emotional connection but left looking for your own answers to questions not fully elucidated.

Running just over an hour, perhaps one small gripe would have been it could have done with some slightly tighter editing. But many in the audience could have stayed longer. Omar is a man of many talents, and a clearly gifted writer to produce something at once lyrical, funny, honest, powerful, unexpected and moving.

As a child Omar was told in the schoolground his skin was the “colour of shit” As an adult,  he told of the online trolls that have besieged him since his work became well known, issuing violent threats and telling him to “fuck off from where he came from.” He shared of its impacts on his own identity and sense of self.

Yet as we listened to him speak, sing and rap his way through the show, it struck me through his stories, sentiments and deep sense of place, just how very Australian he seemed, and how his art and attitude exuded some of the very best of this land and peoples, in all its goodness, confused brokenness, and possibility.

With the humour, questioning and anti-establishment ethos of Paterson, yet the empathic heart, and sharp, realist eye of Lawson, Musa is in fact their contemporary, and the modern Australian poet and performer we need right now.

This is a show to see.

Since Ali Died is part of the Brisbane Festival and is on till 14th September.

Jen Basham is a West End based contributor to The Westender. She landed in Brisbane several years ago to escape the humid & troppo Far North, and the freezing & frosty Melbourne, and found her "just right" in the warm & eclectic West End / South Brisbane community.