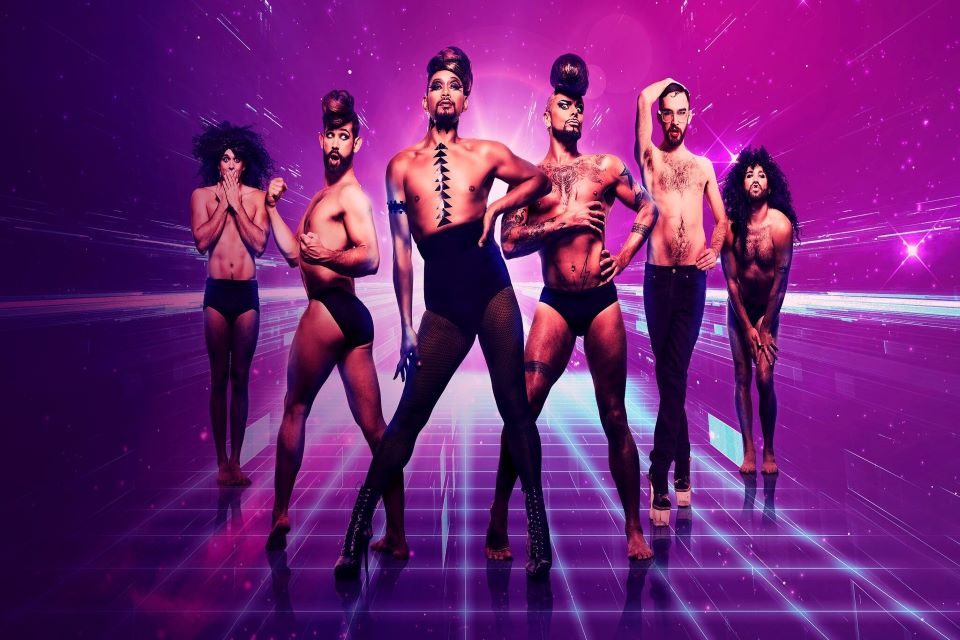 Take a look into the future where gender is fluid, black men are empowered, and circus is valued as art and performed in theatres. Brought to you by the spaceship of the Briefs Boys, the future is one step closer.

Briefs Close Encounters is hilarious, sexy, and political. It combines the sophistication of physical theatre, the superhuman skills of circus, and the irreverent politics of burlesque, drag, and cabaret. The Brief Boys rub on your face the prohibited arts at QPAC.

The spaceship of the Brief Boys is led by artistic director and performer Fez Fa’anana who rocks the stage with extravagant dresses, unconceivably high heels, and witty political jokes about race, the environment, and the human condition. Fez speaks words of truth about the need to build a future where diversity is not only accepted but also celebrated, and human needs are met through human connections rather than technological disconnect. As the rabbit popping out with his ticking clocks between the acts reminds us, time is passing and the future is now.

Particularly impressive are the aerial acts of Briefs. The Brief Boys show their talent, skills, and muscles on aerial props such as hoop, rope, and cage. Like Hermes, their flying perfect bodies are made to enchant. When the coy stage lights hit their bodies, the lines of their muscles shine and tantalise. And to make the most of the show, get a glimpse of the shadows of their perfect bodies projected on the side walls of the theatre.

Briefs Close Encounter is a must see that will leave you feeling refreshed and amused. You will want more!