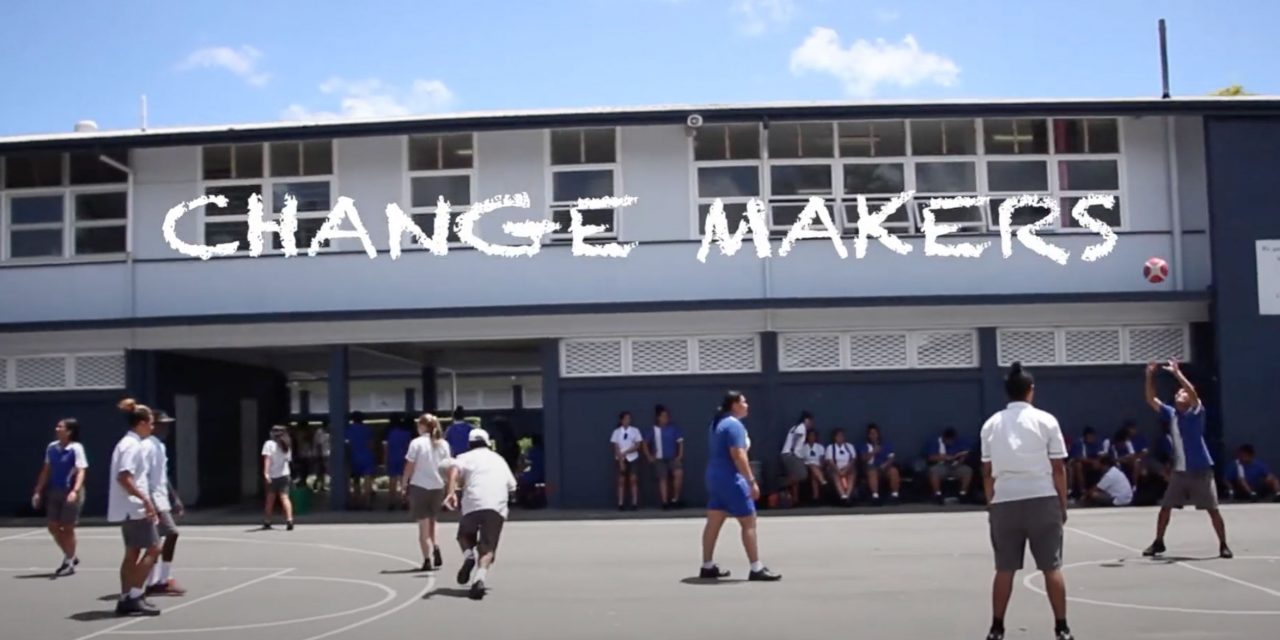 ABOUT (ONE OF) THE FILMMAKERS

Navin Sam Regi is a multimedia journalist who focuses on long-term mixed media stories. His work incorporates deep collaborative elements working with the people central to the story and theme. Change Makers: The Documentary was a formative project for him. His latest work, My Little Sunshine, mixes documentary photography with audio storytelling and is now exhibiting at KEPK.

How did Change Makers come about?

The Change Makers project started when I was in university. It was an initiative kick-started by one of my mentors and my lecturer at the time, Scott Downman. His wife worked at Woodridge State High School. It came together because there was this conflict in Woodridge and the national media got wind of it and they all descended and did all sorts of stories around it. A Current Affair did a story around it and they just really messed it up. They picked two kids randomly from the street and profiled them and asked them to do gang signs. Kids being kids, they acted funny in front of the camera – but then they went ahead and ran a report about the gangs in Woodridge. It got to the point where the kids couldn’t go to school for about six months so there was this real need from the community to start something that truly represented the community rather than this stereotypical version of what the community was believed to be like. A proposal from the school and from the students from the school landed on Scott’s table. He put together a team of student journalists and a couple of lecturers in academics together. They started to create grassroots media from within the school, facilitated by the University of Queensland’s journalism school.

What was your role in the film and how did you get involved?

I came towards the end of the second magazine as it was being put together. There was a suggestion to take it to the next level and do a documentary. Scott’s idea was for it to be hyperlocal – to empower the community, by the community, and for the community. Even though we were involved in writing the story and then producing the film it was the students who conveyed the story. We would take drafts back to them and they would look at them and give us feedback to go and change it. It was really a strong collaboration between the subjects of the story and the storytellers. It took about a couple of years for the documentary to eventually come out and when it did come out, there was a fair bit of success – because it was for the community, the community paid attention. The Federal Member, Jim Chalmers saw it and was impressed by it. He took it to Parliament and now he’s the treasurer. You know, you think back, wow, it did make an impact. It was quite a beautiful piece of work. We had no budget. We were also learning and trying to figure things out for ourselves.

What did you learn from working with the students at Woodridge? How has that shaped your practice now?

For me, the project was such a strong training ground. Everything that I know, today, my whole practice, and even this project (My Little Sunshine) is informed by Change Makers.  That was where this passion for hyperlocal journalism really came about. Through collaborating with my sources, collaborating with the people telling us their stories became so important. As a storyteller you tell a story that often is not yours, the other person in that equation, whose story it is, needs to be in collaboration. Otherwise you are pretty much taking away their story. That importance was really cemented by the Change Makers project. It was such a pivotal project in my life because it brought about other opportunities and let me dream a bit bigger.

Why do you feel it’s important to focus on a more collaborative approach in storytelling?

For Change Makers, when we did the interviews it was such a long process because we were working with kids who had been through trauma. Revisiting a lot of those stories was quite traumatic for a lot of the kids. We had a long period of time where we did not introduce a camera. We were just playing with the kids doing arts and crafts and through that, we were exploring their stories. I love that process, the collaborating, not capturing anything.

When we moved into the interview phase of that story, we found you can’t just put a kid who’s been through so much trauma in front of the camera with a camera crew, and ask them, “Can you tell me what you’ve been through?” We had to find ways to work around that. We had to take multiple takes and eventually, for the two boys that we worked with, the process that we landed on was that individual interviews didn’t work, they just could not speak. So we put them in a group and nothing happened and then one of us would sit next to him and ask him questions and be in the frame – but that didn’t work either. Eventually what we did was give him a paper with five questions, and said, “Go home. Write down a response. You can work on it with your teachers, you can draft multiple versions, and then come back and give it to us.” And he did, and the responses were so deep. So that is what we did, he would read out his response from the paper, which worked eventually.

With Change Makers we did our first draft and we got slammed by the kids, the feedback crushed us. We had put so much effort into it right, and then we had to step back and just reassess all of it, come back to it, and it took time. The next version we came up with was a lot closer to what we wanted to tell them what they wanted to tell.

That process of trying to figure it out, I just love it. When I’m in a room with a family, and I’m the only person and say, a baby is passing away or a child is dying and I’m the only other person, that is an incredible amount of trust people give you. It’s such an honour.

What are your thoughts on the lines between documentary, art and journalism?  And why do you describe yourself as a journalist?

I think journalism lets me be a bit more flexible. I’m not tied down to just photography. I love photography. Photography is how I see the world. I’m also really interested in audio storytelling, so journalism is one area that lets you play around and experiment a lot with different mediums and platforms and learn new things. I’m not saying you can’t learn new things with photography, but I think journalism lets you be a little bit more flexible as a storyteller. I’m currently really interested in bringing together photography and audio narratives and installation services, which traditional media does not really let you do.

Can you tell us a little bit about My Little Sunshine and any other projects you are working on now?

My Little Sunshine is an exploration of grief. Usually, when people think about grief, they think about despair, whereas grief is not always despair. Grief usually comes about by intensely loving someone. So this exhibition explores that love, rather than the despair.

I’m also working on a podcast for 4ZZZ radio, called “The Way I See It” working with people who have some form of vision impairment and capturing first-person narratives. Then another one is all which is also a part of my research project investigating the impact of the Royal Commission on aged care.