Community “Fed Up” with overdevelopment 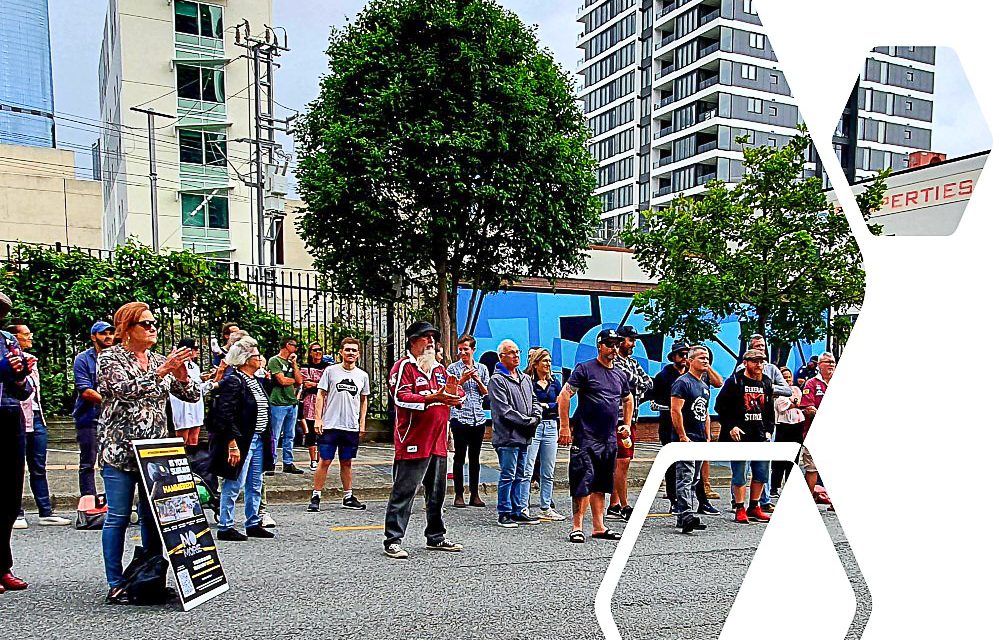 On Saturday morning, 2 May at 10.00 am, a group of residents blocked the road in front of the construction site for Aria Property Group’s 20 storey residential tower at 66 Hope Street.

Event organiser, State MP, Amy MacMahon said it is an escalation in local protest action as foreshadowed at a meeting of residents at Davies Park on 7 March.

Ms MacMahon said the community has seen many examples of Council approving developments that go beyond the neighbourhood plan.

“Communities are being shut out time and time again.”

Ms MacMahon said she wants to see an overhaul of the State Planning Act 2016.

“I think that’s our ultimate goal. We’ve got these neighbourhood plans that are not worth the paper that they are written on. We want to make sure we have guidelines in place for how development happens in our neighbourhood: that consider the needs of the people who are going to be moving into these apartments.”

“We also want developers to be paying their fair share. Aria is building something like eight developments around the Musgrave Park area. We know that developers are getting away with paying hardly anything in infrastructure charges and then the neighbourhood is left to beg for things like pedestrian crossings, traffic lights, and education facilities. So, I think this is just the latest in an ongoing struggle.”

Jonathan Sri, Councillor for The Gabba, said he thinks people are frustrated that they have lost control of their city.

“We are frustrated that decisions about how our neighbourhoods change and evolve, about what developments get approved, and about how housing is provided in the city, are being made by a few privileged elites, rather than ordinary people.” 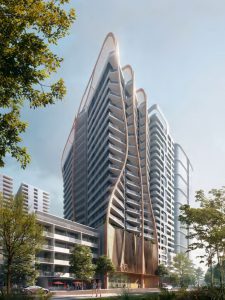 Lori Sexton said planning rules do not appear to apply to the developers. In a rallying address, she said she wants Council to enforce its regulations.

“Council, take charge. Do your job. Enforce the planning laws for all development applications and stop the manipulation and generous allowances to developers.”

“We say no to height exemptions. No to non-compliant setbacks. No to more than 70% site coverage. No to privatisation of garden rooftops in place of deep planting and public garden space. No to traffic chaos. No to noise, and no to air pollution. No to loss of privacy. Council you must listen, and let’s start again with our neighbourhood plans.”

Virginia Allen said another of Aria’s proposed developments would personally impact her and echoed Ms Sexton’s calls for Council to apply its regulations.

“All I’m saying is if the regulations are there, and if we as law abiding citizens abide by our regulations and laws, why can’t the Legislators who pass these approvals, also abide by the rules?”

Seleanah More questioned who wears the cost of construction impacts in the community. She told the rally that developers should be fined if they breach regulations or create noise and air pollution and that fines should escalate with any further breaches.

“WECA would like to see developments challenged in the courts/tribunals for environmental impacts including dust, noise and odour. We urge property owners to support their tenants by including their interests in legal negotiations with the developers when construction erodes their amenity,” Ms More told the Westender.

“Such cases would be new legal territory, as Brisbane is a newcomer to large scale high density living (15 plus storeys).”

But Ms More said, “WECA believes there’s scope for a legal strategy that calls for enforcement of existing regulations, reform of laws, and setting expectations for the construction industry in an urban setting.”

“Perhaps this role could be fulfilled by a community funded legal service that can take cases where developments negatively impact the urban environment and amenity,” she said. 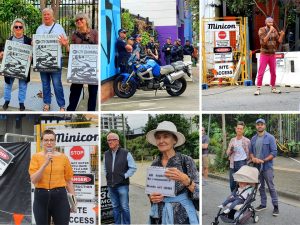 Cr Sri said Saturday’s action is the first time residents have made a serious attempt to disrupt access to a construction site.

“So, while there have been plenty of protests and meetings about development in the past, we are starting to escalate our tactics a little bit and residents are more willing to block roads. I think this is an interesting step and shows that people have lost patience with reformist approaches of signing petitions and writing submissions.”

He called on residents to start thinking strategically about “pivot points” in the community and to step up direct action.

The challenge for the community, and for the elected representatives who support them, will be building alliances and maintaining momentum.

Ms Sexton urged people to attend a rally on Saturday, 8 May, Your Suburb, Your Say Rally, to unite against poor planning and bad development. The event is being organised by No to Lambert Street and other community groups.

“Come and unite with numerous community groups across Brisbane. We are uniting – come and be informed, be empowered, be active in your suburb and your community.”

For More information about the 8 May rally see HERE 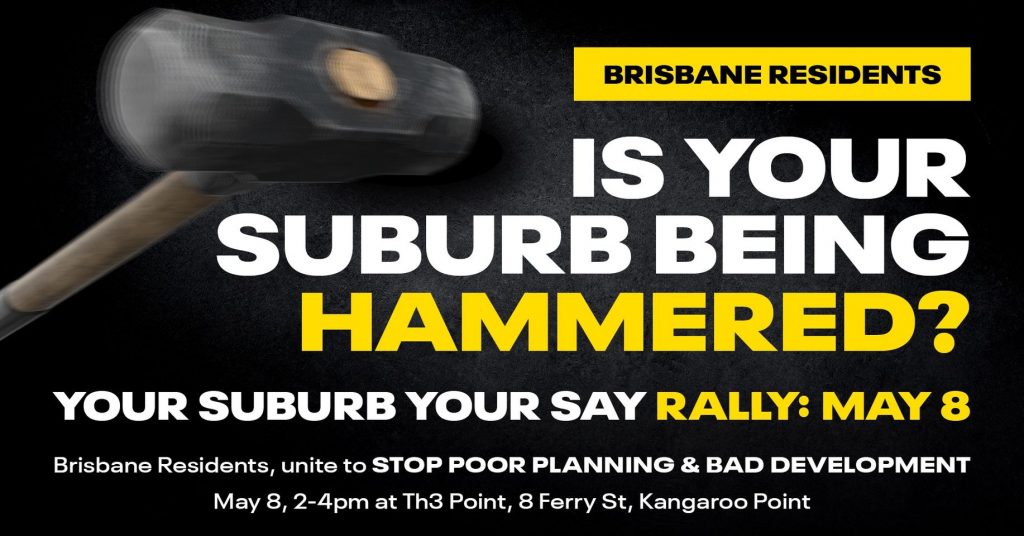