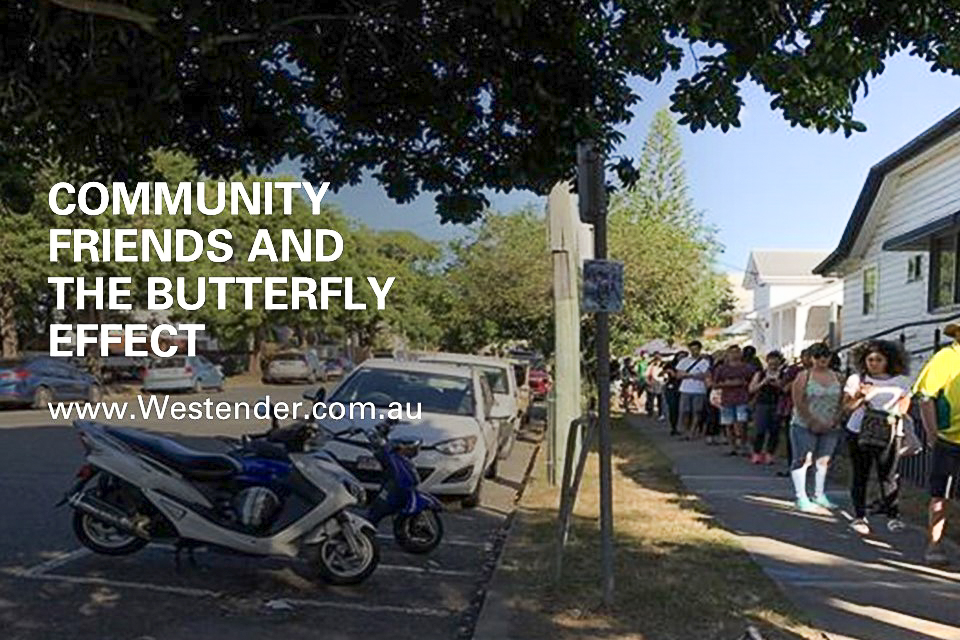 Sometimes you can see things in your community on a regular basis without really noticing what’s happening or stopping to ask who is involved and why.

For example, I’ve observed for some years that food has been distributed in People’s Park in Boundary Street, but I’ve never stopped to ask, “who is providing this food?” or “What are the needs of these people?” or “What can I do to assist?”

More recently I’ve noticed that the food distribution during the COVID-19 pandemic has moved from People’s Park to the area beside the Rumpus Room and that the number of people coming for food is growing. Lines of people snake down Russell Street and into O’Connell Street each Wednesday.

So, finally, at the prompting of a friend, I stopped, and I did a bit of digging around to find out who’s responsible, and I was pointed towards Mark McDonnell, the founder of Community Friends.

Mark has been a registered a nurse working in general and in mental health, but has spent most of this working life in nurse recruitment. Sometime around 2011 Mark told me he decided to buy a boarding house in West End and accommodated some homeless people, and at some stage he moved in with them.  He told some of the story in a recent Facebook post.

“In 2011, I took some homeless people I helped house to a free food giveaway. I was unimpressed with the quality of some of the food,” Mark writes.

“I put my hand in a bag for some celery and it came out oozing,” Mark told me. And in a throw away remark he said, “I can do better than that”.

“Every week for eight months, with the help of my homeless people, I gave out bread and bread products to people in need. That Christmas a friend mentioned at a party that if anyone had any unwanted clothes, he could pass them on to me to be given to people in need.”

Mark says he is not religious, nor is he motivated by any particular ideology, other than wanting to leave the world a better place than he found it. In a Facebook update he talks about the ‘butterfly effect’ which he describes as, “the hypothetical proposition that asserts how small initial differences may lead to large unforeseen consequences over time.”

“I’m not sure of the philosophical meaning (if there is one) for the Butterfly Effect, but I can tell you it gives meaning to my life and meaning to many of our volunteers and our half a dozen or so, regular donors,” Mark wrote.

Mark said that before the pandemic Community Friends was providing food to around 100-150 people. Now they are getting closer to 200-250 people each week. So, Mark said, they have had to triple the amount of food they provide.

“We have been helping people since 2011, but we have never seen the demand we currently see for food,” Mark said. 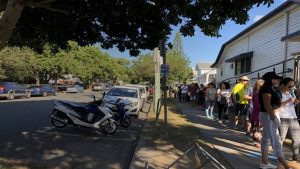 The line extends down O’Connell St

The clientele has changed too since the pandemic. Before COVID they were more often feeding people who were homeless or disadvantaged in some way, Mark said, but now they’ve got a lot of international students coming for food. Mark said that not all charities will support students and sometimes people have been disapproving of them providing food to international students. But, he said, he has often known of students who have felt pressured to work in the sex industry when they don’t have enough money.

Each week, the team makes a minimum of three trips to the food charity Foodbank to fill up the truck. They also pick up frozen meals from another charity, FairShare, and deliver them to Creative Cuisine (a private food processor) who heats the meals on Wednesdays.

“Also on Wednesdays we get food delivered from Ozharvest and we pick up food from SecondBite.

“We are currently making up between 250 and 300 bags of food for our Wednesday giveaway,” Mark said.

“The team also provides a truck load of food we drop off at TAFE Queensland on Thursdays for international students.”

“We have a few people making over 400 meals per week for us on a temporary basis at Somerville House. And a number of restaurants on Hargrave Road in West End are also asking their patrons to buy a meal in advance for our clients. These patrons spend $10 to buy a meal for us.”

Unfortunately, the service is having a break on Wednesday, the 27th of May due to concerns about social distancing.

“We are struggling with the issue of social distancing. We may have to come down hard on people because of this. I would rather us close ourselves down for a week than for the Police to close this down and for them to decide when we can reopen,” Mark said. 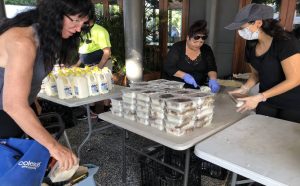 The team has plenty of volunteers, Mark told me, very often current or ex-clients. Mark mentions in particular Jimmy Fahham who he says has been helping West End people for a long time and drives the truck for pick up and delivery of supplies, and Paul who does the pick-ups on Thursdays.

Community Friends can always do with cash donations to purchase supplies so if people want to help out, the Banking details are:

Check out the Community Friends Facebook site for regular newsletters and stories.

Community Friends have now moved to Bunyapa Park for maximum social distancing, every Wednesday at 3pm. 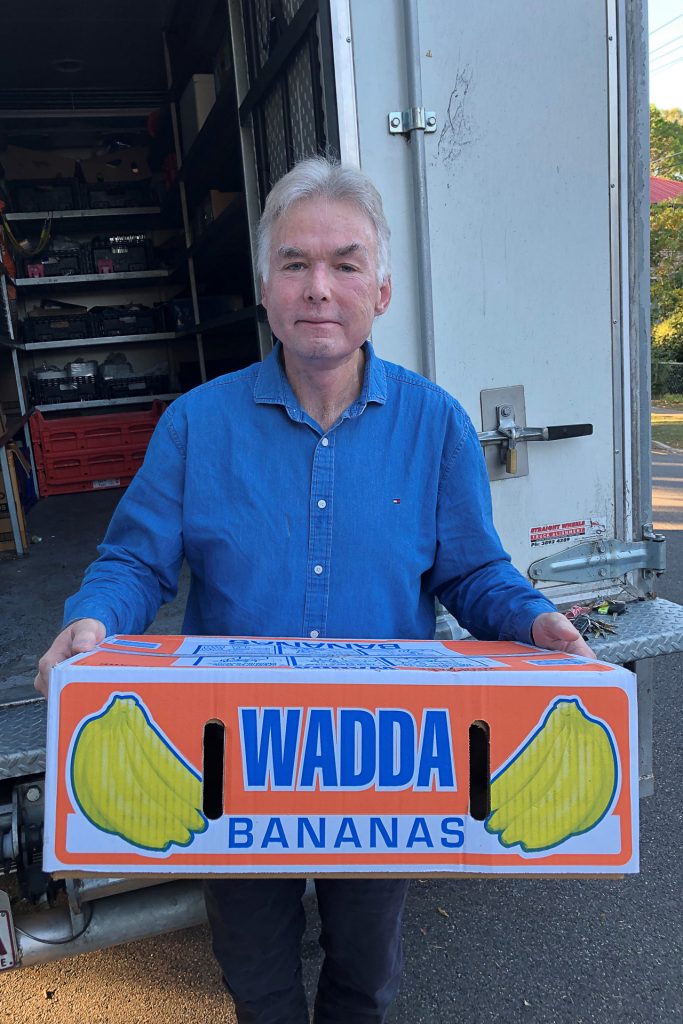