Community not bending to Council plans to relocate Backbone 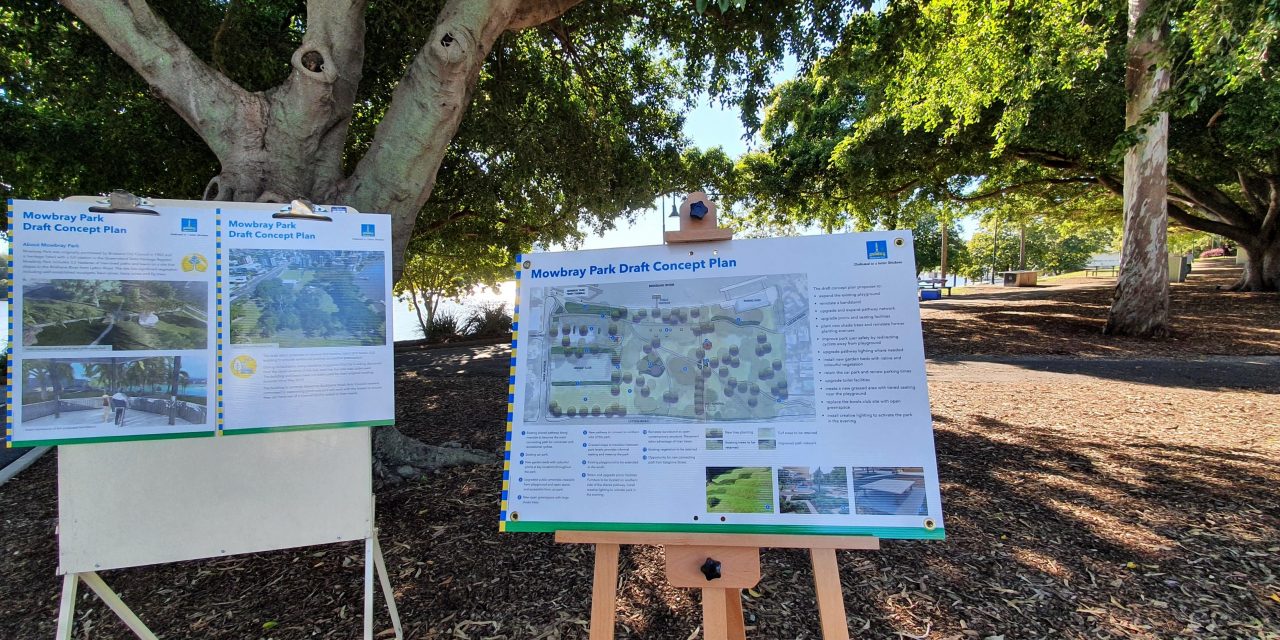 Brisbane City Council has united Labor, the Greens, and many in the community against its proposed ‘vision’ for a revamped Mowbray Park in East Brisbane.

While most welcome support for green space the sticking point is the proposed demolition of the old bowls club building which houses the much-loved Backbone Youth Arts (BYA).

Backbone has operated for 30 years with a mission to cultivate Brisbane’s next generation of artists, creative entrepreneurs, and cultural leaders. In its 2019 Annual Report, Backbone said it had produced 654 unique events over 365 days in 42 locations throughout Queensland and London: it worked with 2,919 artists for 11,825 audiences (or participants) and 23 schools.

The bowls club sat empty for some years before Council gave Backbone temporary access to the venue in 2016. Shortly after that, Backbone signed a lease which will expire in November this year.

This is not the first time Brisbane City Council has been entangled in controversy over its plans for Mowbray Park.

As Member for Griffith Terri Butler MP reminds us, Council previously tried to build residential towers on Mowbray Park and “sell it off to developers”.

In 2014, the City of Brisbane Investment Corporation submitted plans for the twin 12 storey residential towers on Mowbray Park but withdrew them in response to community concerns. https://www.brisbanetimes.com.au/national/queensland/council-abandons-mowbray-park-development-plans-20141223-12d337.html

“In the middle of a pandemic, the LNP wants to knock down community services that help our young people into employment, and they want to send them packing,” Ms Butler said.

“This is an absolute disgrace.”

“Though many Southsiders would say that the East Brisbane Bowls Club building is old and tired, knocking it down and harming a vital youth service in the process is heartless.”

Ms Butler said the LNP Council needs to explain how the community will have open public space while ensuring it keeps one of Queensland’s only youth arts services. She said she would fight moves that would harm Backbone’s capacity to help young Queenslanders.

“The Morrison Government cut Backbone’s funding during the pandemic last year, which I fought. Now the Liberals in the Council are coming for their income and their home,” she said. 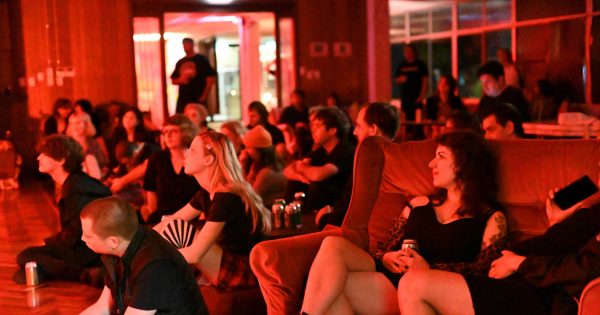 Greens Councillor for the Gabba Ward, Jonathan Sri, said the proposal to demolish the Bowls Club resulted from Council’s failure to invest in new public parkland.

“… Backbone has done a kick-arse job of activating this space as a flourishing live music venue and performing arts hub. In just a few short years, they’ve built up solid connections with both the immediate local community and with a range of musical and artistic subcultures and scenes across the city. They’ve literally become East Brisbane’s cultural Backbone.”

Cr Sri also said Brisbane City Council seems to be suggesting that Backbone’s activation of the old bowls club is not a good use of the space.

“This is despite the fact that Backbone hosts hundreds of events every year, particularly night-time gigs that bring life to a park which is otherwise generally pretty dead late at night. But how does that compare to other nearby uses of space in council parkland?”

“The community shouldn’t have to choose between green space and community facilities: with our growing population, we need more of both,” Cr Sri told the Westender.

South Brisbane MP Amy MacMahon has added her support to the campaign to protect the BYA space.

“Spaces like Backbone Arts, in the East Brisbane Bowls Club on Lytton Rd, are crucial for thriving communities. Backbone not only hosts concerts and arts workshops, but creative community events that draw together diverse communities…,” she posted on Facebook. 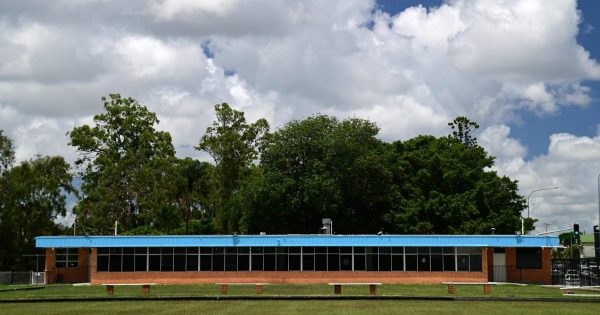 “We’ve always been eager for Backbone Youth Arts to continue their great work, which is why we’ve given them $7000 each year for the past three years to support their annual festival.”

Cr Davis said talks are ongoing with Backbone about a proposal to use a newly refurbished, air-conditioned, and purpose-built arts facility four kilometres away from East Brisbane.

“This facility includes green screens, audio-visual equipment, change rooms and a kitchenette as well as access to a theatre and amphitheatre.”

“Under our draft plan, which we will continue to consult with the community on, the old bowls club would be removed, and residents would get access to a bigger and better Mowbray Park,” Cr Davis said.

The Westender understands that the proposed new venue for Backbone is located at the recently redeveloped former TAFE site in Seven Hills.

In a statement released today, the BYA management committee thanked their supporters and Brisbane City Council.

“Backbone is deeply grateful for the support of BCC, who provided us with our home at the old East Brisbane Bowls Club. BCC have been immensely supportive of Backbone and in our conversations about the Mowbray Park Plan, they have suggested other facilities that might be suitable for our purposes. BCC wants to see Backbone thrive.”

“While Backbone has existed in many forms, a new venue would mean major changes to our programming and what we can offer. There are no venues available which parallel what we have at the Bowlo. The old East Brisbane Bowls Club is where we can have the greatest impact, this is the venue where we can achieve our greatest potential.” See Backbone’s full statement in box below.

Community members have mounted a vigorous campaign to retain the Bowls Club as the home for Backbone.

Several community members at the park last Saturday spoke about their concerns for Backbone and the lack of any alternative vision from Council.

Elisa – who lives in a street that backs onto the park – told me she thinks Council’s vision is lacking.

“I am just focused on how they want to demolish the Bowls Club. They’ve offered no alternative but to put a green space right next to Lytton Road, which will become unusable amongst parent groups that I’m a part of. We have all said to each other, we are not going to take our kids to Lytton Road, that’s ridiculous.”

“I actually personally do think the Bowls Club is a bit of an eyesore, but I’m not about to move on a really vibrant community arts group. And there’s Phase 4 Records [which occupies space at the Bowls Club] as well as Backbone, and a great little coffee cart that has just opened. It’s all just starting to take off. Why on earth would we get rid of it, just at this moment, for the sake of a bit more green space which will essentially be unusable?”

Like others I spoke with, Elisa would like to see a purpose-built arts hub in East Brisbane. However, she does not want to see Backbone move away from East Brisbane.

“We can look across at Teneriffe and New Farm and see those sorts of things. Why can’t we see them here?” Elisa asked.

In light of its proximity to Lytton Road, one person proposed repurposing the greens at the Bowls Club as a commuter car park and turning the current parking lot, which is closer to the river, into green space. These are options that do not appear to be up for discussion by Council.

Lana, whose children attend Backbone workshops, said that Council appears to have presented their vision as a done deal and people in the community are not fully aware of what they stand to lose. She concedes that the Bowls Club is “a bit ugly” but thinks it could be refurbished and retained. 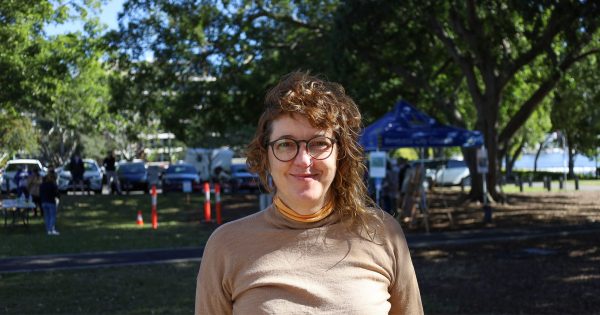 Others have asked why the East Brisbane Croquet Club and the Churchie Rowing Shed remain untouched.

Michelle Dotty Phillips‘ son has been a Backbone member for eight years, and she said the experience had been a critical part of his development. She is now a campaigner with Stop the Demolition of East Brisbane Bowls Club. She noted Council is not demonstrating any flexibility in its consultations on the park and is not directly engaging with the group. She said she’d love to see the bowling greens ‘decoupled’ from the Bowls Club and opened up for public use, but she said there had been a lot of restrictions on their use.

Ms Phillips said the Bowling Club space is activated daily and she would like to see a cost-benefit analysis of its value to the community.

She said it is scandalous that Backbone is not being supported given its work and the outcomes it achieves.

“They need to start looking at some of these innovative models, that wraparound support that the arts provide diverse people. These are the kids that are at risk. There’s public outcry when something happens, when we have a suicide or when we have kids becoming disconnected from school or getting into drugs”.

“This is the sort of space that activates something else in kids, that makes them feel that they’ve got value in the world. Council doesn’t understand that.”

Council will be running an information kiosk at the park on Saturday 17 July from 2.00 pm to 4.00 pm.

Council’s survey can be completed at the link HERE.

They are also running a petition for those who support Backbone and the retention of the Bowling Club. See HERE.

We love our home and the community that surrounds us in East Brisbane. Since receiving the keys to the old East Brisbane Bowls Club in late 2016, Backbone has worked with 5911 artists, welcomed 41,847 audience members and participants to our programs, and held more than 1,596 events and 14 festivals. Our mission with having stewardship of the East Brisbane Bowls Club is to create a space for young people and their communities, to be a vibrant hub of arts and culture, and to promote creative risk-taking, fearless thinking, and local connection.

We believe we have fulfilled this mission.

By remaining at the old East Brisbane Bowls Club, Backbone can build upon our achievements. With this venue, we can truly create radically inclusive arts and cultural experiences for our East Brisbane community and beyond.

Backbone is deeply grateful for the support of BCC who provided us with our home at the old East Brisbane Bowls Club. BCC have been immensely supportive of Backbone and in our conversations about the Mowbray Park Plan they have suggested other facilities that might be suitable for our purposes. BCC wants to see Backbone thrive.

While Backbone has existed in many forms, a new venue would mean major changes to our programming and what we can offer. There are no venues available which parallel what we have at the Bowlo. The old East Brisbane Bowls Club is where we can have the greatest impact, this is the venue where we can achieve our greatest potential. Of course, if needed, Backbone would adapt to a new space, we have proven the organisation can be agile in responding to the needs of our community.

As an organisation that facilitates community outcomes, we have spent some time learning about and responding to the needs and tastes of the 4169 community. We would apply this philosophical framework to any community we were situated in, and would hope to ensure we create vibrant spaces that reflect the most fabulous people in each of our communities. The challenges we see in moving from one facility to another are also met with opportunities to create alongside new communities.

With that in mind, Backbone is a small organisation that hopes to maintain our long and fruitful relationship with Council, while working to generate fantastic outcomes for our population, no matter where we are.

Backbone thanks everyone for their continued support of our programming.

You can read more information about the proposed changes to Mowbray Park and send your feedback directly to Brisbane City Council here: https://yoursay.brisbane.qld.gov.au/mowbray-park-east-brisbane-creating-a-shared-vision