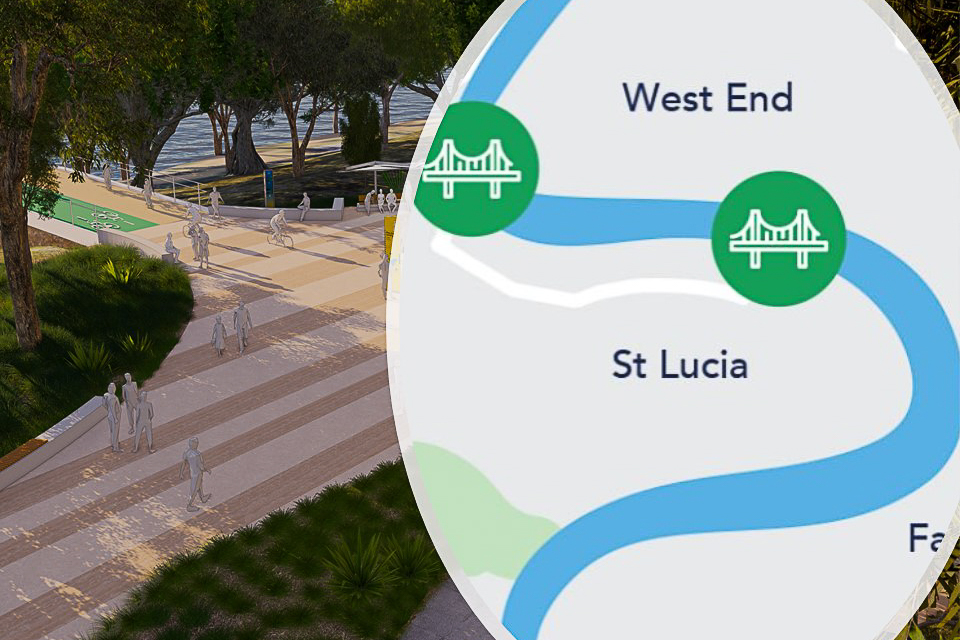 Last week Brisbane City Council opened the second round of consultations for its Green Bridges program. The consultation period is open until 29 January 2021 and involves community information sessions and an online survey.

Community groups West End Community Association and Kurilpa Futures are calling for an extension to this timeline into February, with community information sessions after the Christmas, New Year season.

Kurilpa Futures is also critical of Council’s online survey which they say is tantamount to push-polling.

See from Kurilpa Futures below.

Brisbane City Council is push-polling with their online survey on the proposed Green Bridges.

Kurilpa Futures is concerned about the entire consultation process regarding the two proposed bridges from West End to Toowong and West End to St Lucia.

“The process is so bad that we call on Brisbane City Council to start again from scratch with a genuine engagement process in the new year,” said Ruth Christie.

The online survey is push-polling for participants to identify a preferred bridge. It gives no opportunity to raise concerns and seek more information but instead, the response is predicated on support for one of the three proposed locations. If you don’t nominate a preferred location when completing the survey, you cannot continue. It is just not possible to provide feedback online.

How ironic when the survey is titled Feedback Survey.

The timing is horrid. It is conducted in the last few weeks of the school calendar in the lead up to Christmas when most people have school break up, family and social engagements.

There is no information or details on how the proposed bridges fit into an overall strategy for transport movements in the Kurilpa Peninsula. This is important for an informed debate and input regarding the bridges.

The proposal is for two bridges but with a possible six locations. This approach has divided the communities on both sides of the river. It encourages a NIMBY (No Bridges in My Backyard) approach rather than a more productive sitting down with representatives of all community groups to establish collectively, first the need for the bridges, and then the desired locations.

Kurilpa Futures is still developing its position on the bridges. The issue is to ensure the process leads to good decision making. There will be pros and cons whatever the final outcome but the process that Council has adopted is a divisive, knee jerk, push polling approach.

The Green Bridges project team is holding an information session at Kurilpa Hall in Boundary Street on Wednesday 2 December (today) from 4.00pm until 7.00pm.

They will be at Davies Park on Saturday 5 December from 6.00am until 2.00pm and at South Brisbane Sailing Club on Thursday 10 December from 4.00pm until 7.00pm.

There will be sessions across the river on Wednesday 9 December at St Lucia Bowls Club, from 4.00pm until 7.00pm, and at Toowong Rowing Club on Saturday 12 December from 9am-12 noon.