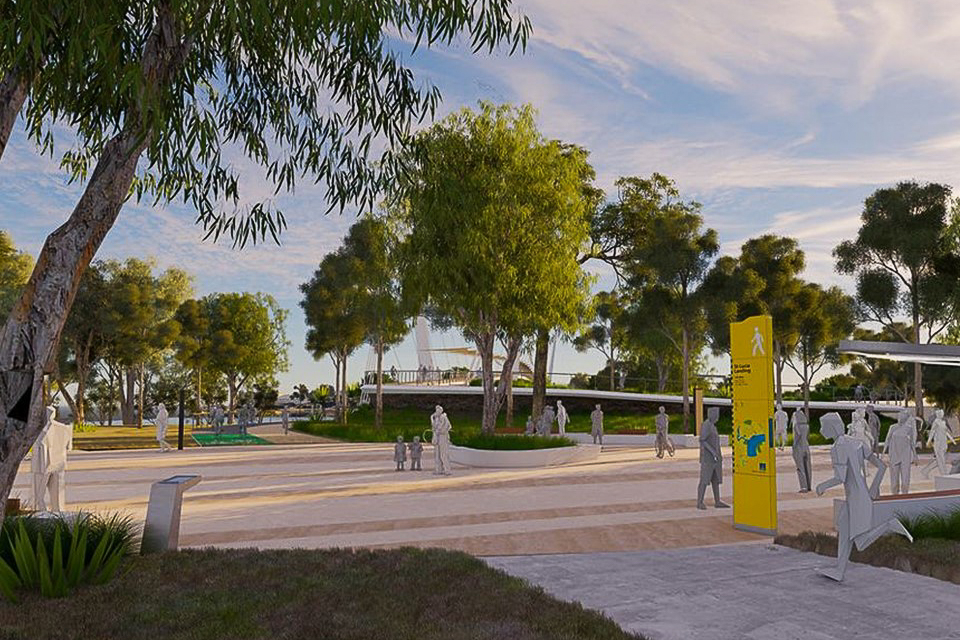 Residents’ groups West End Community Association (WECA) and Kurilpa Futures have queried the timing of Brisbane City Council’s latest round of consultations for proposed Green Bridges to West End. They have also raised concerns about the quality of information provided, and the overall justification for landing sites and the assessment of potential impacts.

Councillor Jonathan Sri has detailed similar concerns on Facebook and in his most recent newsletter to residents.

On Monday 23 November, Council announced that it would engage in further consultation with residents on the proposed West End to Toowong, and West End to St Lucia foot and cycle bridges.

The consultation period is open until 29 January 2021 with six community consultation sessions to be held before the New Year, between 28 November and 12 December.

This period of consultation is to be followed by the preparation of detailed business cases and bridge designs by Council.

Council has circulated a glossy brochure to residents setting out three landing site options for each of the two bridges, pros, and cons for each, and estimated daily trips through to 2031 and 2041. Landing sites for some options would involve the resumption of private homes and property in West End, and or would impact on public green space on both sides of the river.

WECA president Seleanah More said that WECA is disappointed with two aspects of the consultation process: the timing during the Christmas/New Year period; and the quality of information provided to residents.

“The Christmas and New Year period is not a proper time to embark on community consultation”, Ms More said.

Ms More said that Councils also have an assessment blackout period from 26 December 2020 to 1 January 2021.

“For Council to put their consultation in the lead up to the silly season and school holidays, and then the blackout period, just shows that they are not sincere in their approach to consultation,” Ms More said.

She said the community information sessions should not be held until the new year, rather than before Christmas when it is harder for people to get to them.

The information provided to residents is light on detail, Ms More said. For example, she said, there are no costs provided for the loss of green assets in terms of parks and established trees, and Council has not provided costs for the additional infrastructure that would be required to ensure safe connections from the bridges into the neighbourhood.

“I’m calling on Council to provide full disclosure of information to all parties involved, because their track record of drip-feeding information to different groups creates division and unnecessary politicisation of the issues,” Ms More said.

WECA will be meeting with other community groups and other interested parties and encourages people to contact the group if they want to discuss any issues raised by Council’s plans.

Representatives of Kurilpa Futures met with Council’s Green Bridges team in July, canvassing a range of issues, and said they are pleased that buses are excluded from consideration for both of the proposed West End bridges.

However, the group shares the concerns expressed by WECA about the current consultation process.

Pam Bourke, for Kurilpa Futures, agrees that a December/January period is the worst time of year to have community consultation on a major issue, and said the group will ask Council to extend the consultation period, at least to the end of February.

The group said that while there is community support for green bridges, especially between West End and Toowong, there is also a long list of traffic improvements that have not been addressed by Council, and they have queried Council’s priorities.

“Our key concern is the impact of the landing sites on valuable local green space, particularly Option A for the St Lucia to West End bridge, which proposes landing sites in the public Guyatt Park and in West End’s Orleigh Park.”

“Another concern is access to safe travel from the bridge landings to destination points. For example, Montague Road is not safe for cyclists, as a recent RACQ study found, and so safety infrastructure needs to be addressed in tandem with bridge developments,” Ms Bourke said.

The group is also unsure about the justification for two bridges in close proximity. It supports Cr Sri’s calls for Council to provide information justifying the St Lucia to West End bridge.

“Why have two bridges within 0.7 of a kilometre of each other,” Ms Bourke said.

Ms Bourke also raised concerns about the lack of detail in the information provided to residents.

“We welcome the opportunity for further community engagement, but we are concerned that the material that was posted to residents last week lacks key details and has the tone of promoting a preferred outcome rather than of inviting feedback.”

A new residents group representing people living at the Southern end of Boundary Street has formed around the option for a bridge landing between Keith Street in St Lucia and Boundary Street. This option has the bridge landing as far into Boundary Street as Paradise Street and would involve the resumption by Council of private homes. Residents are understandably deeply concerned by the prospect of losing their homes. See link below for their story.

In his 26 November newsletter to residents, Cr Sri listed a number of concerns.

“These bridges represent the two biggest infrastructure projects for West End in at least 10 years, so it’s important we get them right, and thoroughly consider all impacted stakeholders and flow-on impacts,” Cr Sri writes.

“I’m extremely concerned that Brisbane City Council has only allowed two months for public consultation regarding the location options, and that this is occurring over the summer holidays.”

It is already evident that different landing sites are preferred by residents on either side of the river, and Cr Sri says in respect of this:

“We don’t want to turn it into a cross-river conflict where for example St Lucia is demanding Option C and West End is demanding Option B, but residents from the different suburbs haven’t had a chance to talk directly and hear each other’s concerns.”

Cr Sri is encouraging residents to write to The Lord Mayor at lord.mayor@brisbane.qld.gov.au asking for more information about the proposed bridges, and for more time for “detailed consultation and collaborative decision-making.”

The Council’s details for each of the proposed bridges can be found at these links:

Green Bridges to West End get tick of approval, but busses ruled out.