Conversation with the President of Young Labor 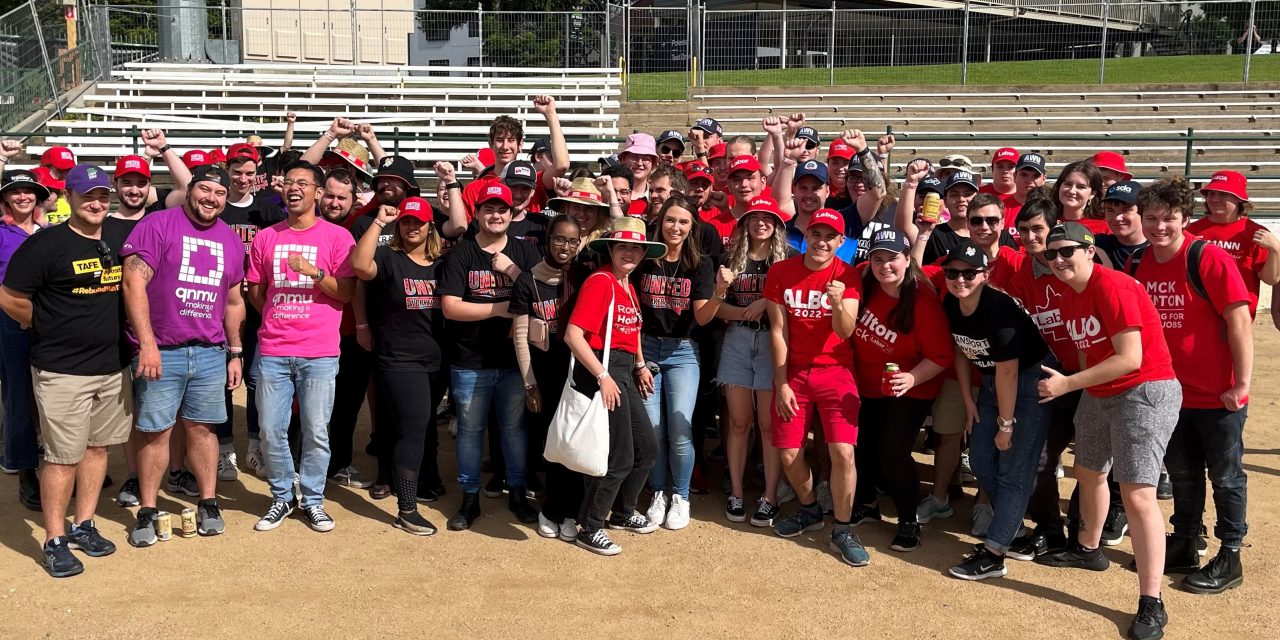 Brisbane High School student and occasional writer for the Westender, Austin Chen, approached us about doing some Q@A’s with representatives of the youth wings of the three main parties. The Young Liberals declined the offer, but we are pleased to present Austin’s conversations with Young Labor and the Young Greens. He asks about youth policies, affordable housing, climate change, the cost of higher education and the Religious Discrimination Bill. Here is his conversation with the President of Young Labor.

With just two weeks left until voters elect a candidate to represent Griffith for the next 3 years, Queensland Young Labor have been fiercely supporting numerous youth issues like higher education and housing affordability. In an interview with Brianna Bailey, the president of Queensland Young Labor, she discusses their plans to help young Australians. Historically, Labor has held the seat of Griffith since 1998 and is currently represented by Terri Butler.

I’ve struggled with housing, finding a place is a nightmare and finding one you can afford is even harder. Rents are going up, you’re priced out of the area you’ve spent your whole life, and the dream of buying a home seems far-fetched.

Australia needs a plan for affordable housing, one that is accessible to young people and invests in social housing. Labor will invest in social housing with the $10 billion Housing Australia Future Fund which will build 30,000 new social and affordable housing properties in its first five years and create thousands of jobs. Labor will also create a Regional First Home Buyer Support Scheme to help 10,000 Australian families a year in regional areas buy their first home. In my home of the Gold Coast, that means a saving of up to $23,954.

I think finally, and importantly, and Albanese Labor Government’s ‘Help to Buy’ plan will help more people buy a home sooner by cutting the cost of buying a home by up to 40 per cent. This will mean a smaller deposit, a smaller mortgage and smaller mortgage repayments and Help to Buy will be open to 10,000 Australians each year.

Accessible and affordable higher education are proud Labor achievements. To make education more affordable and accessible, we need to be providing opportunities in areas where there are skill shortages. That will provide secure and well-paid jobs and drive future economic growth.

Our Future Made in Australia Skills Plan will provide 465,000 Free TAFE places, including 45,000 new TAFE places and deliver up to 20,000 new university places in areas of skills shortages. Labor will also invest $100 million to support 10,000 New Energy Apprenticeships to create jobs of the future by skilling up young Australians in future energy jobs.

By introducing a Start-up Year, we’ll be supporting final year and graduate students with income contingent loans to 2,000 final year students and recent graduates to support their participation in accelerator programs, helping them start a new business. The program has the potential to create up to 2,000 new firms and provide a platform for future job growth and economic opportunity.

Labor believes all Australians have the right to live their lives free of discrimination. We don’t want anyone to be treated unfairly, whether it’s based on age, disability, race, sex, gender identity, sex characteristics or sexual orientation, and we do not believe anyone should be discriminated against because of their religious beliefs.

Labor was successful in amending Morrison’s Religious Discrimination bill in the House of Representatives to ensure it prohibited discrimination against school children on the grounds of sexuality and gender identity. Due to the success of this amendment, the Prime Minister did not even allow the legislation to be debated in the Senate, meaning school children are still not adequately protected.

The consequences of refusing to take real action on climate change will be devastating for Australia and our neighbours. We’re already experiencing more extreme weather events and face heightened instability in our region.

The best way to mitigate natural disasters is to take real action on climate change. Labor will join with the rest of the world and adopt a target of net zero emissions by 2050 – creating jobs, cutting electricity bills and lowering pollution. Labor will also reduce Australia’s emissions by 43 per cent by 2030 on 2005 levels. By rewiring the nation and building new transmission lines, we’ll be able to connect renewables to industry.

Labor has a plan for disaster readiness that will curb the devastating impacts of natural disasters by:

In contrast, Morrison and the LNP have sat on a $4.8 billion Emergency Response Fund. In the three years after it was announced, it has not spent a cent on disaster recovery or completed a single disaster prevention project. The only thing it has done is earn the Government over $800 million in investment returns.

Under the Morrison Government, young people have been denied the opportunity to be part of forming the policies and making the decisions that impact their lives and futures. Even prior to the pandemic, young Australians were at risk of being the first generation in the history of our nation to be worse off than those who came before them.

Trying to address the interrelated challenges facing young people with isolated, band-aid solutions will fail. It is critical that Government takes a holistic, coordinated approach. After devastating bushfires, a global pandemic and unprecedented floods, younger people now face a future of insecure work, significant barriers to education and training, significant impacts on their mental health and a rent and housing affordability crisis.