Conversation with the Co-Convenor of the Queensland Young Greens. 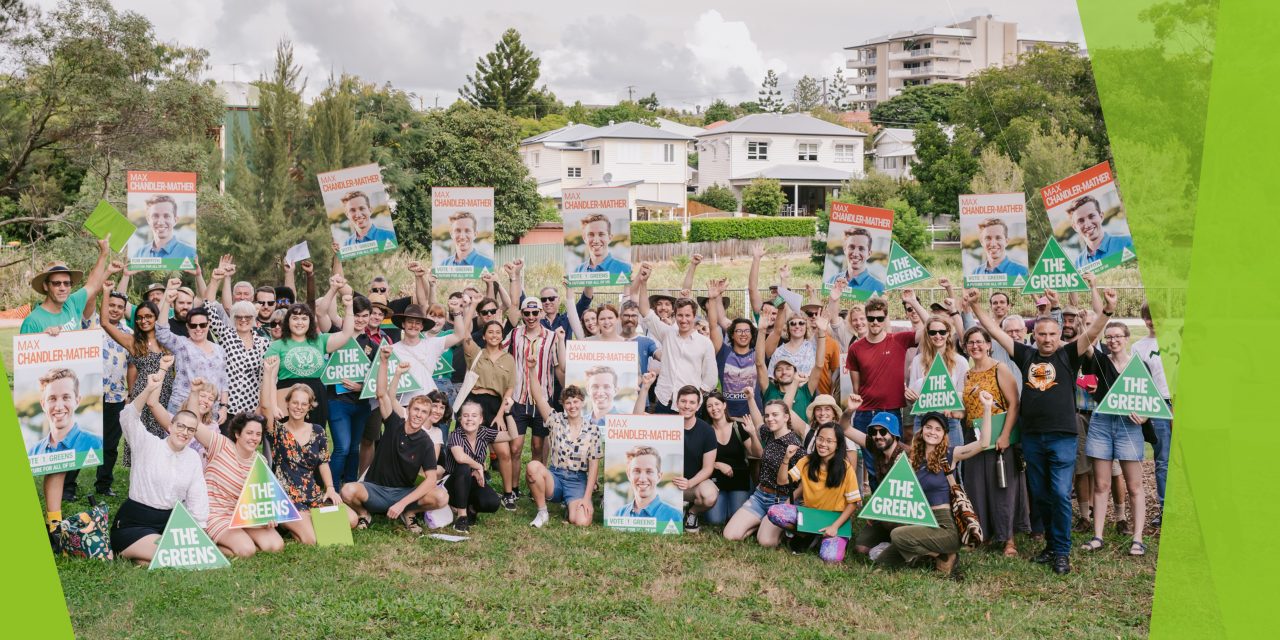 Brisbane High School student and occasional writer for the Westender, Austin Chen, approached us about doing some Q@A’s with representatives of the youth wings of the three main parties. The Young Liberals declined the offer, but we are pleased to present Austin’s conversations with Young Labor and the Young Greens. He asked about youth policies, affordable housing, climate change, the cost of higher education and the Religious Discrimination Bill. Here is his conversation with the Co-Convenor of the Queensland Young Greens.

With just two few weeks left until Griffith voters head to the polls on Saturday, 21 May, The Greens are passionately campaigning for many youth issues including addressing the housing crisis and climate crisis. In my interview with Eva Tolo—the Co-Convenor of the Queensland Young Greens—she discussed many of the policies The Greens are advocating for to help young Australians. Eva has been working and volunteering for the past few years on Greens campaigns in South Brisbane including both Amy MacMahon’s successful campaign in Queensland’s 2020 State election and now Max Chandler-Mather’s campaign for the federal seat of Griffith.

While Labor has held the seat of Griffith from 1998 to the present first under Kevin Rudd from 1998-2013 and then by Terri Butler since 2014, The Greens have marked Griffith as one of the most winnable seats in this federal election.

Following the flooding Brisbane experienced last month, conversations have ignited in the community about the severity of natural disasters and flood-mitigation measures. The affordability of housing is also concerning young Australians where the mean price of residential dwellings in Queensland has risen to $749,100. As such, these were some of the topics I raised in this interview.

The science is really clear: climate change is making extreme weather events like the recent floods here in Brisbane and in Northern NSW, where I grew up, more frequent and more severe. Meanwhile, both Labor and the Liberals are on the record saying they’ll approve more coal and gas – the two biggest drivers of the climate crisis.

The Greens are the only party who refuse donations from the fossil fuel industry, so we’re the only party you can actually trust on climate. Our plans include a moratorium on new coal, oil and gas approvals, a $40 billion investment to reach 100% publicly owned renewable energy by 2030, modernising and expanding green manufacturing in Queensland in green steel and mineral processing, and helping workers transition away from coal with a Job-for-Job Guarantee, free reskilling and guaranteed wage stability for 10 years.

No one should leave uni or TAFE with a massive debt, or struggle to pay the bills while studying. The Greens will bring back free university and TAFE, abolish existing student debt, and introduce a liveable income guarantee for students, by raising Youth Allowance, Austudy and Jobseeker above the poverty line to $88 a day.

We’ll also guarantee better pay and working conditions for all educators, and ensure our unis, TAFEs and schools are accessible and sustainable through a four-year $5 billion Green Education Infrastructure Fund.

I’ll be honest: a lot of young people have all but given up on ever owning our own home. But it doesn’t have to be that way, despite what property investors and the major parties might tell you!

The Greens’ housing plan would deliver 1 million affordable homes across Australia over the next 20 years. Our plan includes public housing, where rent is capped at 25% of income and you get a lifetime right to your home, and a shared ownership scheme where first home buyers can buy a home where they want to live for just $300,000.

We’re also the only party with a plan to make renting more affordable and secure, by capping rent increases, banning rent bidding and ending no-grounds evictions.

Your vote can help kick the Liberals out of government AND elect a Greens MP who, in balance of power, would force the next government to fight for dental and mental health covered under Medicare, free universal childcare and affordable housing for all, and jobs tackling the climate crisis.

All Greens plans are fully costed, and funded by making billionaires and big corporations finally pay their fair share of tax. We’d introduce a 6% tax on the wealth of billionaires and a corporate super-profits tax, reverse the major parties’ Stage 3 tax cuts for the super-wealthy, end handouts to the fossil fuel industry, and crack down on multinational tax evasion.

Max knows what it’s like to be a young person in South Brisbane right now…to deal with high rents and difficult landlords. He knows what it’s like to watch the Labor and Liberal parties selling off our future to their coal and gas donors. He’s experienced the high uni fees, low wages and even lower income support payments our generation are lumped with.

The Greens campaign in Griffith is entirely run by passionate young people who are fighting for positive change. Every day, young people like me are knocking on doors in our area to talk to people directly about what’s important to them. And because the Greens refuse all corporate donations, I know that if Max wins, he’ll actually fight for all of us, not the billionaires and big corporations who bankroll the majors.