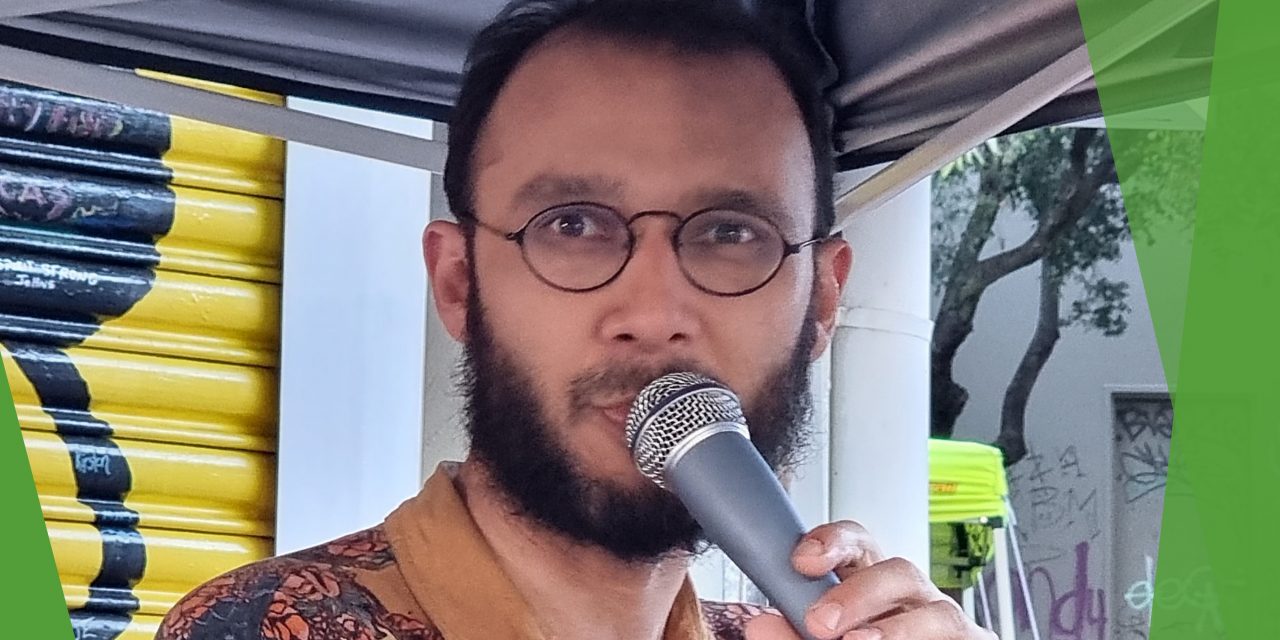 I recently sat down with Gabba Ward Councillor Jonathan Sri to talk about his view of the highs and lows for the Gabba Ward during 2021.

Brisbane City Council has recently embarked on a consultation process on the design of the two proposed West End Bridges. Consultation on the concept designs will conclude on 28 February 2022.

Cr Sri said he is pleased to see progress on the West End to Toowong bridge.

“It feels like that’s closer to becoming a reality. And that’s a project that I’ve been advocating for, for quite a few years.”

“It is going to have some dramatic positive impacts, not just for West End, but for the broader cultural connectivity between the inner south and the inner west. It’s always felt like suburbs like Toowong and Taringa were a bit more cut off from West End than they should have been. So, I quite like the idea of bringing those two communities closer together.”

Cr Sri said the bridge would also mean West End residents will have direct access to the Toowong train station.

“You’ll be able to get from West End to Darra via public transport in 20 minutes, which is a significant change.”

Cr Sri said another highlight for him is Council confirming the trial of a new Kurilpa triangle bus route. Cr Sri announced the new route on Facebook in November.

“We are still waiting to see all the details, but it’s nice to see that after years of advocacy for improved public transport, we’re starting to see some shifts.”

“I don’t think that route is the highest priority for 4101, but it’s a good start, and hopefully we can use the momentum from that to keep pushing for other changes we really need like the Victoria Street ferry terminal or improvements to the 192 bus service.”

“I guess another highlight for me over the past year is having Amy MacMahon as the state MP, which has allowed for a lot of collaboration on various issues and community events and projects. It’s a bit of a stark contrast where I think that with the previous state rep, I probably only got two face to face meetings over the course of four years as a councillor whereas Amy and I are able to meet weekly and share ideas and update each other on projects that affect both levels of government.”

Among the disappointments in 2021 for Cr Sri is what he considers to be the ‘uncritical acceptance’ that the Olympics will be good for our city.

“I’m really worried about the impact the Olympics are going to have on housing affordability, particularly in the Gabba Ward.”

“I don’t think enough people are thinking critically about how much the world will change by 2032, and by that point, whether we really want to be hosting a mega event of this kind.”

Cr Sri said the Olympics do present some opportunities, “but there are some serious negative impacts that we need to be advocating about now, so that in five years’ time, when things really start to hit the fan, we’ve already got some community responses in place.”

“I’ve also been feeling disappointed about the lack of consciousness around the city’s vulnerability to natural disasters, the flooding impacts for example, in West End is going to be huge.

“The last flood in 2011 was in some senses a medium flood, and there are a lot more buildings on that floodplain now and I shudder to think what’s going to happen if we have a really big flood.”

Cr Sri said even if the Wivenhoe Dam is not at capacity, it is still possible for Brisbane to experience heavy flooding if there’s a lot of rainfall in the Bremer River catchment.

“We probably need to raise a bit more awareness and cut back on that complacency because I think a lot of people have started to accept this meta-narrative that the 2011 floods were partly caused by dam mismanagement, which is not true. The 2011 floods happened because we built a city on a floodplain.”

Cr Sri said he would like to start a local community discussion about how we respond to future floods in inner-city Brisbane. See his Facebook post HERE.

“Obviously the other really big challenge over the past year has been COVID and all the flow-on impacts from that,’ Cr Sri said.

“And now we’re seeing growing division and paranoia in the community fed by right wing politicians who are really just spreading misinformation so they can win votes. That is really troubling.”

A new toilet block is going in at Musgrave Park, and Council is installing another along Riverside Drive. Cr Sri says these facilities will make those spaces more usable for community events, picnics and recreation.

“I’m looking forward to seeing that space, getting a bit more love over the coming years.”

Cr Sri is still consulting with the community on a proposed toilet block at Highgate Hill Park. He is planning a community meeting for Sunday, 30 January, and hopes to close the poll shortly after that.

“I’m holding this additional round of community voting so that people have ample opportunity to vote either ‘yes’ or ‘no.’”

On the positive side of the ledger, Cr Sri said he is pleased with community projects in the local area, including improvements to Davies Park.

“The nature playground going into the corner of Davies Park will be a real hit. And I think a lot of people will be surprised at how well it gets used. There’s a lot of demand for those kinds of play spaces in the suburb.”

Cr Sri said COVID had been a good reminder of the importance of making public spaces accessible and usable.

“I think the value of public spaces has been really obvious over the past year, at a time when so many venues have had to shut down and musicians can’t find spaces to perform. To have places like Bunyapa Park where we can have so many gigs and events in the public space, which are COVID safe and compliant with all the rules, has been really valuable.”

“There are other communities where they don’t have those outdoor spaces for gigs and as a result live music and local culture has suffered even more.”

Keep an eye out in the new year for stories on local developments and on the approval of Aria’s green building project on Merivale Street, which Councillor Sri discussed in some detail.