FILM REVIEW: “Final Set” lobs the ball in your court 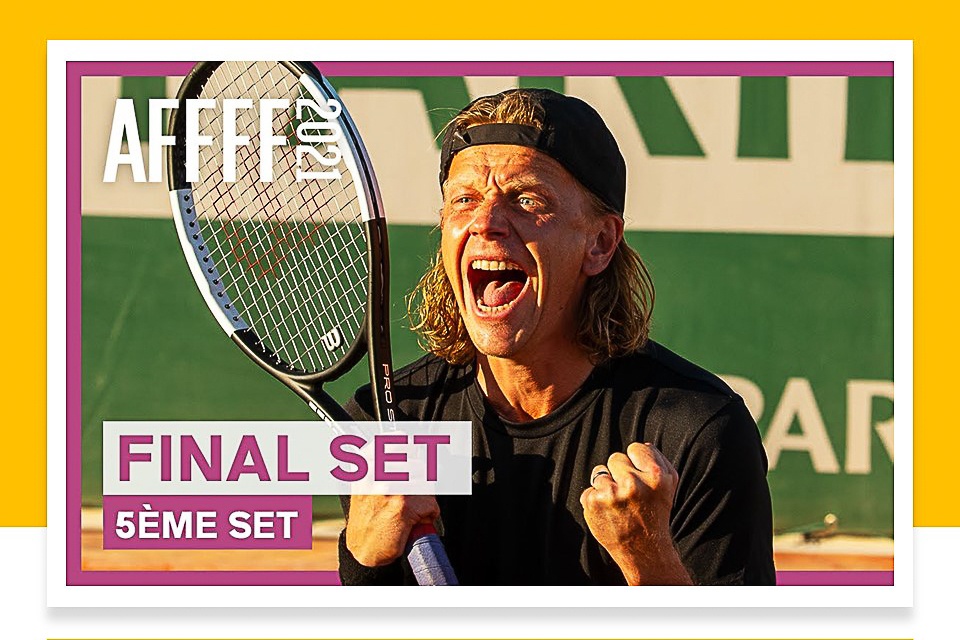 From the opening frame, when a ball is tossed high over-head for a serve and freezes in mid-air, Final Set takes the audience through the deeply emotional journey of a come-back tennis player, Thomas Edison ((Alex Lutz), supported in variously effective ways by his ex-tennis player wife Eva (Ana Girardot), and tennis coach mother, Judith (Kristin Scott Thomas).

Extended friends and family, including a young son, are entangled with Edison’s struggles both physical and psychological. Career options ranging from coaching the children of wealthy socialite families, to media commentating, or supporting his wife as she pivots from her own playing career into a management consultancy are on the table for him.  But Edison’s need for self-determination (or his plain bone-headed stubbornness) drives the plot forward.

Whether you follow tennis grand slam tournaments or not, you will almost certainly be aware of the world’s top tennis players through media reportage of their on-court antics (racquet smashing, umpire abuse,  injury time-out), their off-court misdemeanours, demanding sponsorship deals, marital tensions, and endless speculation as to their time left in the game. These difficulties for high-level players are honestly explored in the first two thirds of this two-hour film. Characters also make specific references to current and past players so that viewers with some sense of once big names, such as Borg, McEnroe and Connors will better appreciate the issues. For the last nail-biting sequences, an understanding of the point scoring system used in tennis would also be helpful.

The film is set at the iconic Stade Roland-Garros, Paris providing a dramatic background to the final scenes. Roland-Garros is unique among the greens of Wimbledon Common, and the blues of the Billie Jean King National Tennis Center, and Melbourne’s Rod Laver Centre – coloured blue to allow better ball visibility for  players, fans, and television viewers. The hallowed red dirt of Garros is only the top of five layers: stones, gravel, clinker (volcanic residue), limestone and a thin two mm layer of crushed brick giving the ochre colour. But the excitement of this clay court is ever-present. There is plenty of real-time product placement in this film too although clothing sponsorship is not new to French tennis – started by one of the Mousquetaires (Musketeers), four French players who ruled the international scene in the 1920s. Tennis player René Lacoste (nicknamed Crocodile) designed and wore his special tennis shirt, using his nickname as the logo. The rest is fashion history.

The Stade is famously not named after a tennis player. Roland Garros was a WWI fighter pilot lauded for his heroic flying skills, and his life-long friendships. The chair of the campaign to build the Stade was an old school friend and 10 years after Garros’ death decided to immortalise this national hero and remind us of his drive, intelligence and courage: cardinal values for anyone who hopes to reign supreme in their chosen game.

To end, I’m in mind of earlier films, Jerry Maguire (1996) and Wimbledon (2004), billed as romantic comedies with echoes of the sports they represent. But Final Set is a tense and nail-biting drama. Whether you are a rusted-on tennis fan, armchair critic, or simply interested in tales of human endeavour, you should appreciate this highly charged story of contemporary life played out in the glare of the media and the silence of personal torment.

The final frame returns to the same first ball hanging in suspension —  like the fans — and the critical match point is left to the viewing audience to determine. So I recommend go and see it for yourself… the ball’s in your court!

Final Set is showing as part of the French Film Festival in Brisbane from 22 March to 9 April.