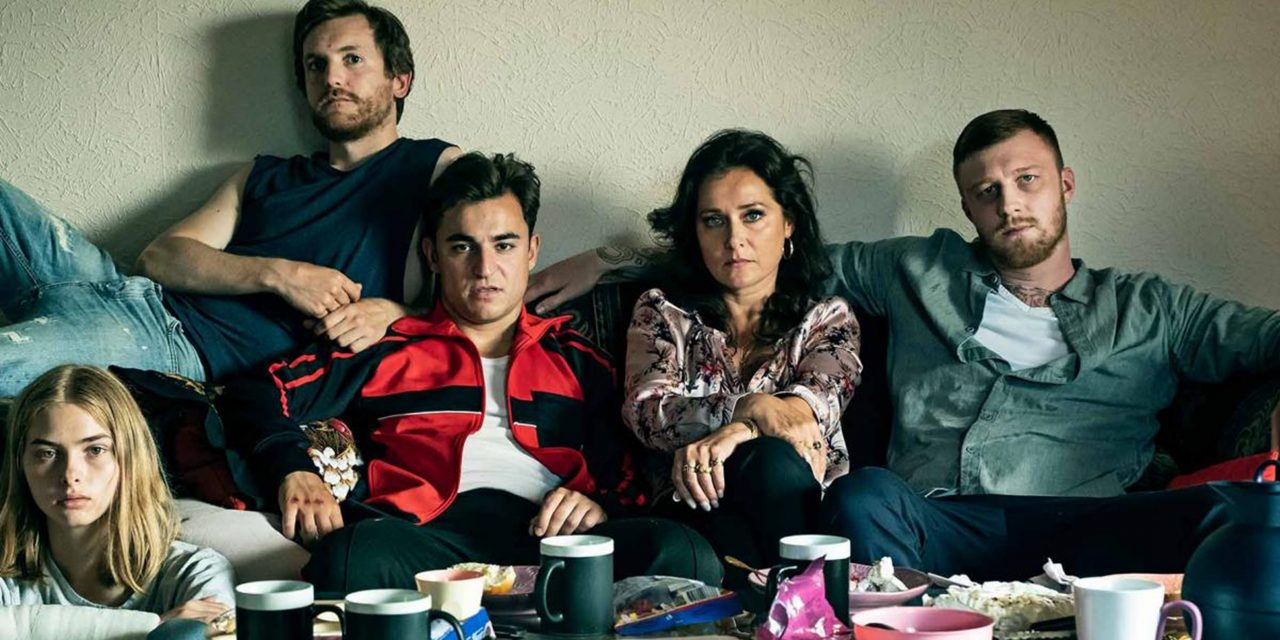 Opening on a flipped car at an intersection, the tone of Wildland not only evokes a sadness but a curiosity from the very first second. The film isn’t going to be a happy feel-good movie, but it is going to keep you gripped to the edge of your seat in an interesting way.

One of the most impactful aspects of the film is the soundtrack composed by Puce Mary, building the tension until it’s so thick you can feel it in your straining muscles. This is made all the more stressful by the soundtrack rising with strings and overwhelming noise in seemingly innocuous scenes, such as a simple drive, or a brief conversation between two characters with long pauses. With this comes an insidious tone that makes you concerned yet curious to find out why the tension is so great.

The tone and pace for a lot of the film, is slow but gently rising until you realise you have been clenching your teeth.

Written by Ingeborg Topsøe and co-written and directed by Jeanette Nordahl, Wildland presents a family dynamic to a crime thriller. A common enough convention of the genre, yet the story is told to us through the eyes of 17 year old Ida (Sandra Guldberg Kampp) whose mother died in the opening car crash.

When child services offer Ida the chance to live with her aunt and extended family she declines, wishing to live alone. At first, she says this is because she doesn’t really know them, but it becomes clear that there is something amiss. Child services believes the family would be a good fit to look after her … they couldn’t be more wrong.

From the beginning Ida comes across as quite introverted, perhaps explained by the recent shock of her mother’s death. When she meets her aunt Bodil (Sidse Babett Knudsen), the family is friendly, warm, and welcoming. It seems she has found a safe and loving new home, yet why is the music so ominous? Bodil shows Ida around the nightclub she owns and indicates that they lend people money from time to time, out of the goodness of their hearts of course. Ida is worried that Bodil has only accepted responsibility of her for the money, but Bodil is happy to spend liberally on her, showing Ida that her motives are pure and that family means everything to them.

Eventually, Ida joins Bodil’s three sons, David (Elliot Crosset Hove), Jonas (Joachim Fjelstrup) and Mads (Besir Zeceri) on one of their drives to collect money from a man who is struggling to repay the family. She stays in the car but catches a brief glimpse of the violence ensuing inside and for any who were confused about the insidious tone of the film and its soundtrack thus far, everything falls into place in this moment. Ida is clearly scared but is still willing to stay with her aunt and cousins, they are her family after all.

Each member of the family has such a fascinating personality and interesting dynamic that it would be entertaining to watch films about the different pairings alone. Bodil bears all the qualities of a loving, caring, successful single mother, yet there is a darkly coercive nature to her, as she eases Ida into the family, then seamlessly eases her into the family business. The brothers have a similar hierarchy to the boys from Peaky Blinders with the middle child being their leader which leads to some interesting power dynamics in their relationships.

The film comes to a flashpoint when Ida and the cousins raid the house of the man who could not pay. Everything picks up in pace from there, with violence, tested loyalties and some genuinely shocking moments. Ida has to make some impossibly tough decisions and her choices make her curious character all the more unpredictable.

Sidse Babett Knudsen as Bodil gives a breath-taking performance and creates an immersive atmosphere that grips you and pulls you into the film.

Carla Philip Røder is another standout actress, playing the role David’s lover and a good foil for Ida. She steals the show in a particular scene with a powerful and heart-breaking performance.

The glue that holds the film together is Sandra Guldberg Klumpp as Ida, portraying a mostly silent character with an impressive screen presence who makes the viewer as curious about her as she is about the new world, she finds herself in. She is both sweet, young, and innocent, yet darkly curious, loyal and enigmatic.

The film poses several philosophical questions about whether the circle of crime can be broken in a toxic and violent family. Wildland is a slow-burn: an intense, engaging and insidious film.

Wildland features at Palace Cinemas as part of the Scandinavian Film Festival which commenced in Brisbane on Friday 15 July.