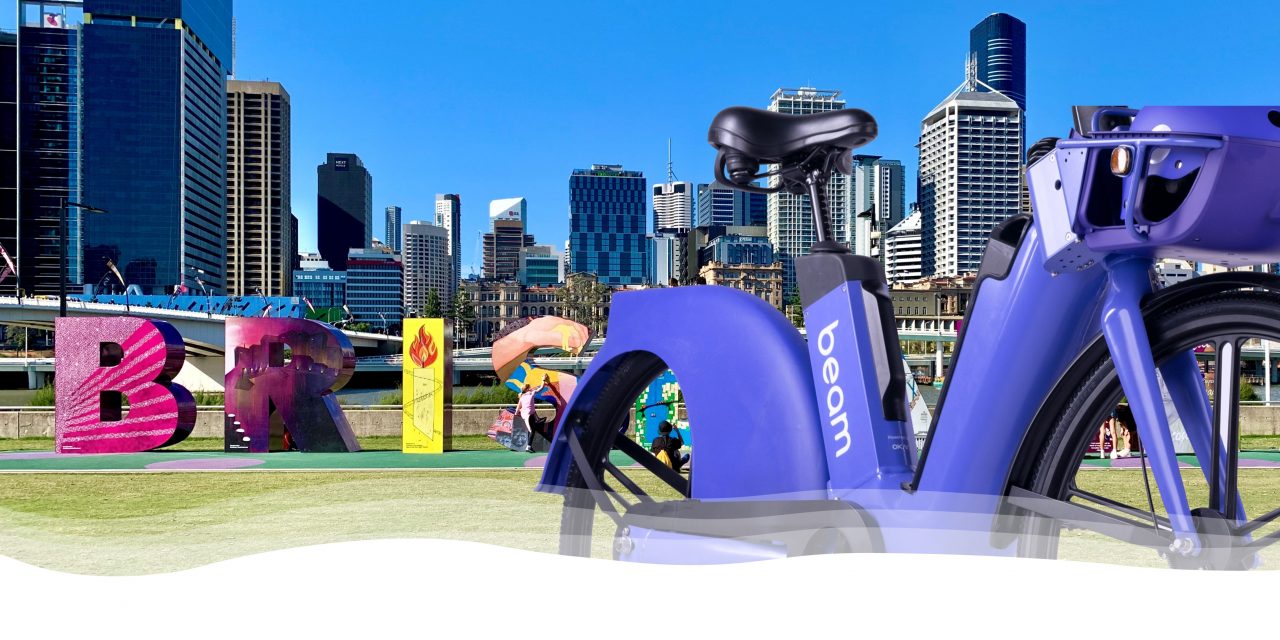 Have you tried the new e-bikes available in Brisbane?

Cr Murphy said the introduction of shared e-bikes is part of Brisbane’s transport evolution, and he encouraged residents to “hop on board” either Neuron’s orange or Beam’s purple fleets.

“Brisbane is a global leader in e-mobility and with 800 new e-bikes hitting the streets alongside 2000 e-scooters, it’s never been easier to ditch the car and get to where you need to be in a quicker, safer and more sustainable way,” he said.

“I know residents will continue to embrace this new mode of transport, as they have since 2018,” Cr Murphy said.

Head of ANZ Neuron Mobility, Richard Hannah, said the company is excited to be partnering with Brisbane to launch the new e-bike scheme.

He said the bikes will provide another sustainable mode of transport, making them a great alternative to short car trips.

“We have a long history of industry leadership, particularly when it comes to safety. Our work with Brisbane City Council has meant that Brisbane has been the test bed for a whole range of new technologies and features for e-scooters, many of which have been carried over to our e-bikes. In many ways, Brisbane has set the standard in micro-mobility for cities across the world.”

Council has also rolled out an extra 500 e-scooters, including Australia’s first fleet with turn indicators, being introduced by Beam.

Beam Australia General Manager Tom Cooper said Beam is thrilled to launch in Brisbane and have Brisbane residents be the first in Australia to ride Beam’s new-generation Saturn X e-scooters.

“We’re constantly improving our vehicles and are proud to introduce e-scooters with indicators as part of our fleet in Brisbane – an Australian first – in a step forward in the integration of micro mobility into our day-to-day transport journeys,” Mr Cooper said.

Yesterday the ABC reported that hundreds of people had been injured while riding e-scooters around Brisbane. They noted that 54 per cent of those who went to hospitals were not wearing helmets.

When asked about how Council’s response to safety issues, Cr Murphy told the Westender that safety is Council’s top priority. He said Council is implementing a number of measures through our e-mobility strategy to keep riders, pedestrians, and others safe. He said Brisbane was the first Australian city to introduce Neuron’s integrated helmet locks.

“Brisbane has been a world-leader in innovative transport solutions – we embraced e-mobility early but have also been a quick adopter of safety innovations like speed-limiting, no-ride zones, and Bluetooth helmet locks, invented here in Brisbane.”

In response to a question about e-mobility devices causing obstacles on footpaths, Cr Murphy said riders are being encouraged to park in designated e-mobility hubs spread throughout the city in convenient areas. Operators will guide riders with virtual parking zones via their apps to reduce street clutter.

Council is investing a record $45 million into new footpaths and footpath maintenance over the next financial year.

Cr Murphy said Council also wants to work with Beam and Neuron over the next few months to design an effective “late-night lockout” for e-scooters and e-bikes in high-risk areas like the CBD and Fortitude Valley, over certain hours, on certain days.

As to managing speed related risk, Cr Murphy said the use of personal mobility devices throughout Queensland is regulated by the State Government’s Department of Transport and Main Roads, including speed. Cr Murphy’s said Queensland Police are responsible for enforcing speed and helmet wear on all e-bikes.