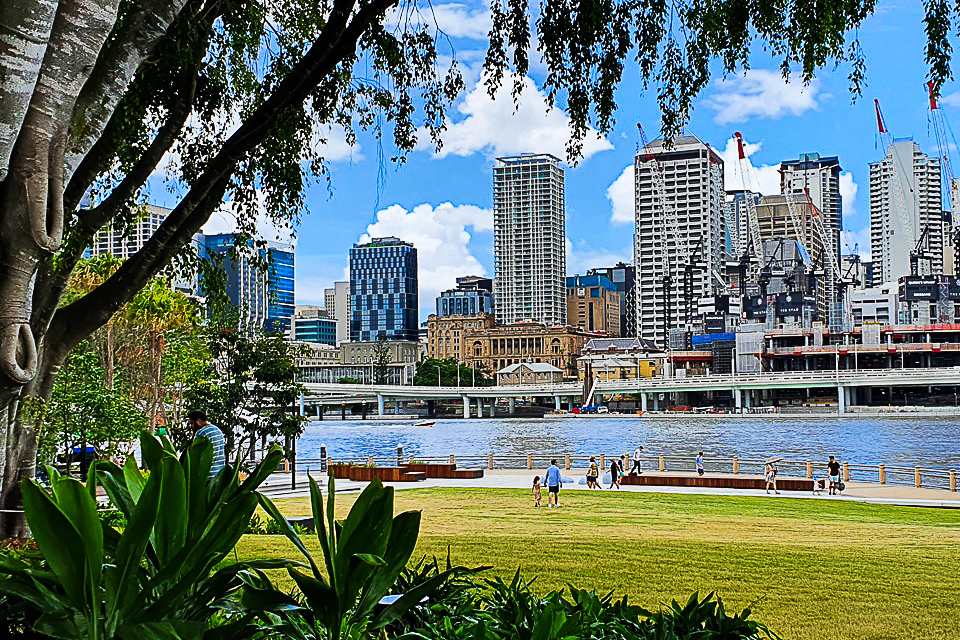 Riverside Green has been established on the site of former riverside restaurants that were severely damaged in the 2011 floods. Former Deputy Premier, Jackie Trad announced in 2017 that the restaurant buildings would be razed to develop new green space. South Bank was responsible for the funding, planning and supervising the construction of the project.

The new park provides 6816sqm or 1.7 acres of green space, with more than 10,000 new plants and 55 mature trees. The project has also extended South Bank’s rainforest by 650sqm and includes a new seating area called ‘the grotto’ featuring more than 80 hanging plants.

“It has doubled the size of the former Riverside Green, and this space is one and a half times the size of the very popular River Quay near the Goodwill Bridge,” Mr Quinn said.

The site also has a new Pavilion which can seat up to 200 people.

“The Pavilion is of simple, elegant design with a beautiful copper roof. The expanded green space has opened up views from the Arbour to the river and across to the City”.

Mr Quinn said that the rejuvenated boardwalk along the Green’s front creates a lookout on the river’s edge and the park includes barbecue and other park facilities.

South Bank parklands attract more than 14 million visitors each year, many from around Australia and the rest of the world. It is Brisbane’s number one tourist attraction as well as being much loved by locals.

A spokesperson for Brisbane City Council told the Westender that while South Bank Parklands is not included in Council’s trunk park network, it should be considered part of the provision of parks and greenspace in Brisbane’s inner suburbs and Council wards.

“South Bank is a major destination recreation space for people from all over Brisbane, Southeast Queensland and for international tourists. The parklands here should not be counted by Council in addressing necessary local green open space needs, as very significant development takes place on the rest of the peninsula.

An important element of the new Riverside Green, Mr Quinn said, is artwork by contemporary Aboriginal artist, Elisa Jane Carmichael, a Ngugi woman from Quandamooka Country. Ms Carmichael has created a water channel and sculptural forms with weave and netting patterns that celebrate freshwater streams and the richness of land connected to the river.

“The feature replicates and reminds us of the stream that previously existed here,” Mr Quinn said.

Mr Quinn says he thinks the project exemplifies three fundamental planning principles for the city as a whole.

“The second thing is preparing for changes in climate and sustainability for the future. There are two elements in this project that I think are significant in that regard. One is the amount of shade. As temperatures increase in the city, shade, where people gather, is extremely important. So, the pavilion, and the mature trees that have already been here, and new trees will bring the really crucial shade. The other element of sustainability which is important is that the lawns will be irrigated from South Bank’s rain bank, which is a major system of rainwater collection implemented about 10 years ago.”

“The third important principle in my mind for future planning in the city is greater acknowledgement of our history and culture as a city. The reference to the stream that was here, and the very beautiful public artworks acknowledge the history, presence and continuing contribution of Aboriginal people through their history and culture.” 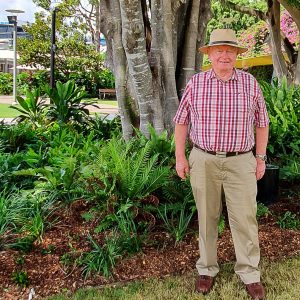