Let’s talk about property resumptions. Are they ever justifiable? 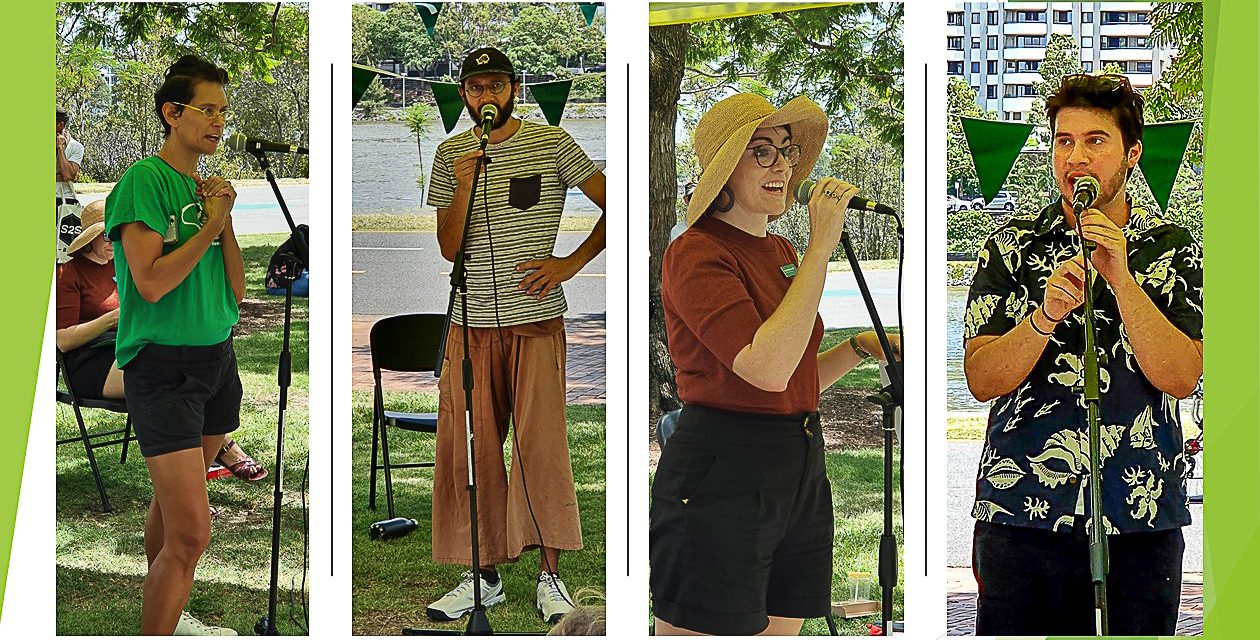 Since the announcement of Brisbane City Council’s Green Bridges program, the possibility of private property resumptions has been a topic of contention throughout the community.

The forum was organised to address community concerns around private property resumptions and to guide a set of principles under which they may be considered acceptable to facilitate public infrastructure.

Greens MP for South Brisbane, Amy MacMahon, said while she supports active transport measures that discourage the use of cars, she will wait for community feedback before taking a firm position on an alignment option.

“I’m yet to take a formal position on any of the proposed alignments. Resumptions are a very serious decision – there needs to be a robust demonstration of community need before going down that path. Once we see the BCC business case, I’ll be guided by the community,” she said.

Given space limitations on the Peninsula, and capacity to provide the new public infrastructure needed to accommodate the growing population in West End, it is likely future developments will require the resumption of private properties and homes.

Ms McMahon said there are several key criteria that need to be met before compulsory acquisition can be considered a viable option.

Devising a set of principles for resumptions

“For me, the key criteria that need to be met before supporting any resumption are a demonstrated need and no other geographic alternatives; landowners given sufficient notice, rights of appeal, and compensation that allows them to relocate in the same neighbourhood if they choose to; meaningful offsets where needed; projects that are publicly owned and allow for ongoing public access; and robust community consultation and engagement,” she said.

Councillor for the Gabba Ward, Jonathon Sri, said both he and Ms MacMahon are working on developing a set of principles that should be applied in cases where private resumptions are considered for development.

“We’re trying to work out how much notice is reasonable, and [how much] we should demand, in order to support resumptions. But also, the cost benefit, because often there’s an alternative to resumptions that’s just far more expensive,” he said.

He explained in the future it may come down to deciding how much extra money we are willing to spend to avoid taking someone’s home.

WECA President, Seleneah More, said part of the process is about weighing competing interests and analysing which impacts can be mitigated or offset, as well as those that can’t.

She said a key criterion for WECA is making sure the infrastructure will have long-term public benefit while addressing a clearly defined problem and agreed the possibility of future development involving property resumptions is high.

“We will take into consideration all the different types of impacts and on whom. I think green space is a big consideration for us in terms of what was outlined today. If they take green space here, we want that offset within the peninsula,” she said.

“For us to gain more green space, will involve resumption of private lands of some description. We would certainly prefer that be industrial or commercial sites, rather than residential, but just looking at the long-term liveability in the neighbourhood, infrastructure provision at some point is likely to involve resumption.”

Ms More also said this where the significant value of planning comes into play.

“If you have a local plan that has a long-term view and has zoned infrastructure and aligns the infrastructure spend and budgeting with those projects, then there’s no surprises for people,” she said.

“I think a part of what has been particularly hurtful and alarming for people, with the bridge scenario, is they don’t feel that there has been enough notice. It feels like it’s come a bit out of the blue.”

Cr Sri said there is a reason the community is forced to wrestle with these challenging questions. He said scenarios such as this one have arisen out of a broken planning system and a failure to plan for essential infrastructure.

“If councils and state governments had done a better job of planning long-term, we wouldn’t be forced into these tricky positions,” he said.

The question it seems then, is if homeowners are provided satisfactory notice and there is a wide-spread public benefit from the development of public infrastructure, like the Green Bridges, does this justify the compulsory acquisition of a private home?

A question of empathy

Mr. Paltoglou’s home on Boundary Street will potentially be resumed under one of the proposed options for a St. Lucia to West End bridge.

He said his family has strong historical and cultural ties to their home, where they have lived since immigrating to Australia 65 years ago.

“We are fighting to save our homes and protect the amenity of Boundary Street residents who will be affected by a bridge alignment that traverses through and over a residential community,” he said.

For Mr Paltoglou, it is a question of empathy.

“I believe we should put ourselves in the shoes of people whose homes are being resumed by asking ourselves the question: if our family home was to be resumed – a family home that has been in our family for over 60 years – would we allow it to happen for a piece of infrastructure that has significant flaws?” he said.

Mr. Paltoglou spoke to the Westender last year about the deficiencies he has identified in Option C of the St. Lucia to West End bridge. You can view his comments here.

But what about cases where the public benefit of infrastructure is largely uninhibited by design flaws?

Cr Sri expressed concerns about future implications of opposing the resumptions. He said objecting to a bridge alignment based solely on the fact it may involve taking people’s homes could hinder future developments.

“If we object to a certain location based on the concerns about resumptions, we have a weaker political basis to argue for resumptions for other projects in the future,” he said.

“If we do object to a particular bridge it needs to be on the grounds of whether or not that bridge serves the broader public interest, rather than purely on the grounds of whether it’s taking homes. That [resumptions] definitely has to be taken into account and it’s definitely relevant. But that can’t be the only argument against a particular project, because by that logic we wouldn’t have expanded West End State School.”

When it comes to the development of public infrastructure, one of the major challenges lies in discerning whose voice should carry the most weight when considering all viable options.

Cr Sri noted it is difficult to quantifiably rank who should have more say.

“I think everyone’s voices are valid and important,” he said.

“With almost every public infrastructure project, the negative impacts fall heavily on a small minority and the positive impacts are broadly dispersed across a really broad section of the population, so we need to correct for that imbalance a little bit.”

He went on to explain, with projects like the propose bridges, it is important to consider not only the views of current residents, but also the impact for people who may benefit from the infrastructure in the future.

“That’s a really hard thing to compare – the needs of existing residents versus the needs of future generations,” he said.

The path towards an answer is a difficult one, but looking to the future seems of paramount importance.

“But I also think we have to recognise that a decision to do nothing is also still a decision, and there are risks and flaws of not taking any action; particularly with the bridges. Failing to deliver new active transport infrastructure that helps transition away from dependence on cars is also a risky decision to make. So whatever path we take, there are potential consequences and negative impacts and it’s just about weighing those up.”

Cr Jonathan Sri and Ms McMahon, along with Greens MP for Maiwar, Michael Berkman, will host a public forum on February 27 and are encouraging members of the community to attend. The forum will provide an opportunity to hear from elected representatives, find out more about the bridges, and provide feedback. You can find out more about the event HERE.

You can see more of our coverage on the Green Bridge proposals HERE.