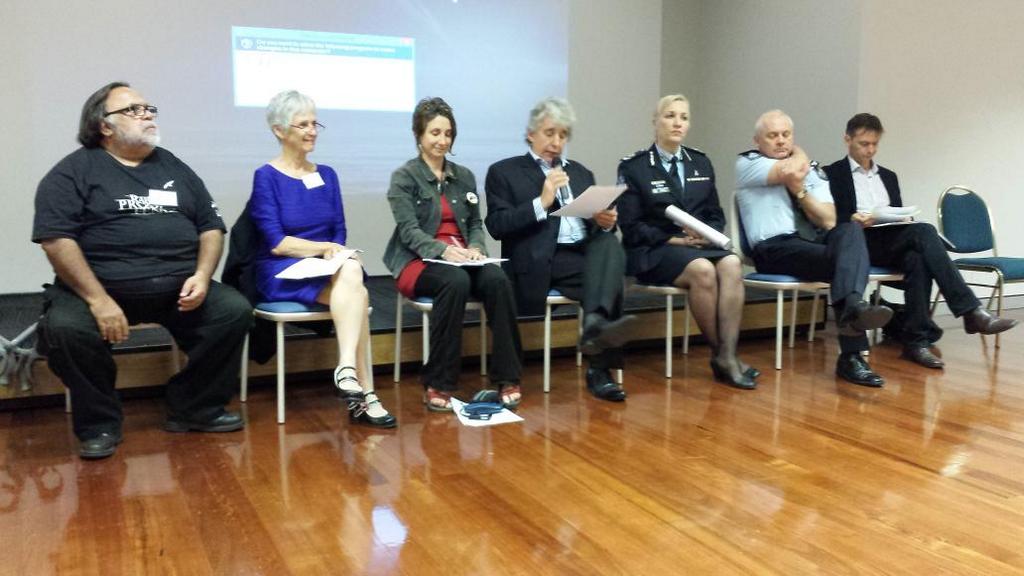 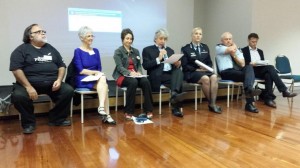 At a G20 Community Forum organized by this newspaper, local residents spoke out about their concerns for personal safety during the forthcoming G20 Summit in Brisbane.

Sensationalist media reporting (not in the Westender, of course) seems to focus solely on images of heavily armed riot police battling with bomb-throwing anarchists in the streets of South Brisbane and West End, and cavalcades of dark tinted, armoured limousines disrupting traffic. References have frequently been made to the ugly street violence that marred Toronto’s G20 Summit.

Concerns were also expressed about the impact that the security arrangements surrounding the summit would have on West End’s large population of homeless people and street dwellers, many of whom may not be aware of the dramatic changes to their local environment.

Jacke Trad MP, who took leave from a sitting of State Parliament to pay a flying visit to the Forum, reported that many of her constituents had expressed similar concerns. Local Councillor Helen Abrahams told the same story, and informed the meeting that Brisbane City Council has that day passed a new By-Law giving designated Council Officers expanded “Move On” powers.

Robin Taubenfeld of the Community Action Network said that many protest groups who would normally be expected to exercise their democratic right to peaceful protest had decided against taking part in any action, for fear of a heavy handed police response. Ms Taubenfeld also told the forum that her group’s efforts to secure a local venue for an alternative Peoples Convergence during the G20 Summit had so far been unsuccessful, with venue operators raising their own safety concerns.

Scott McDougall of Caxton Legal Centre spoke of their Independent Legal Observer initiative, which would see volunteer lawyers in the thick of any protests, observing and recording the behaviour of police and protestors.

The Queensland Police representatives at the Forum, Deputy Commissioner Ross Barnett and Assistant Commissioner Katarina Carroll, went to great lengths to allay the concerns raised, stressing that lessons had been learnt from previous G20 Summits around the world and that the Queensland Police were whole-heartedly committed to allowing and facilitating peaceful protests.

In answer to questions regarding the “Restricted” and “Secure” areas declared for the Summit, Deputy Commissioner Barnett said that while the final arrangements would not be known until four to six weeks out from the Summit, the public would be kept fully informed of any decisions made.

Assistant Commissioner Katarina Carroll, the Operational Commander for the G20 Summit, spoke of the extensive community engagement exercise which the Queensland Police have been conducting, and urged members of the public with concerns – especially people planning a protest action – to make contact with Queensland Police or their local political representatives to discuss their concerns.

Assistant Commissioner Carroll said that the police presence at the Summit – more than six thousand officers from all over Queensland, Australia and New Zealand – would be under her direct command and would all be given extensive training and briefing prior to the Summit to ensure a peaceful outcome.

Editor’s Note: With 4,000 dignitaries and delegates, a 3,000 strong international media contingent and over 6,000 police from all over Australia descending on Brisbane for the G20 Summit, the eyes of the world will, for a couple of days, certainly be on Brisbane.

The Westender sincerely hopes that event will act as a showcase for Brisbane, and show the world a vibrant, diverse and politically engaged community not afraid to speak its mind or to raise issues of global concern.