Not all Graffiti is gold 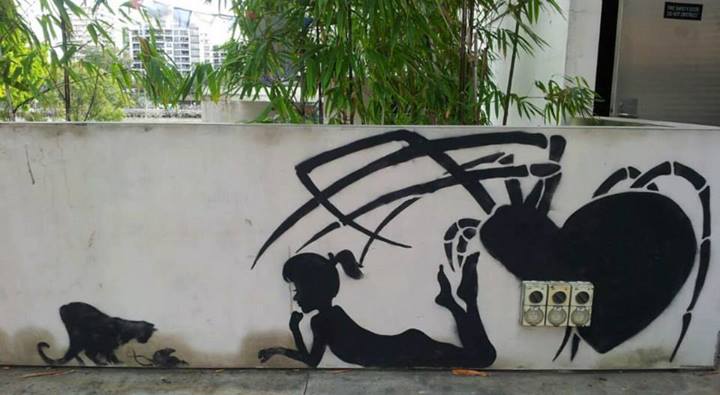 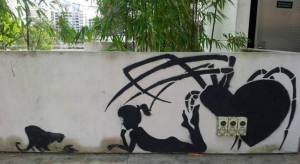 One of West End’s more popular graffiti icons. The pet spider appeared in a range of graffiti

Recent coverage of the State Government’s clean up graffiti campaign has revealed a divergence of opinions on the topic.

Community journalist Jan Bowman, quoted Westender’s coverate on Radio 612 and there was significant discussion on the Westender facebook page.

While most of the activity and comment concerned the government’s blanket opposition to graffiti, its infamous painting over of some of Brisbane’s largest street art and the lack of space and support for street artists, some local businesses supported the government’s view that unauthorised graffiti is damage to property.

His comments were in part inspired by the  list of questions that Westender provided to a number of outlets. (We have yet to receive any response other than Paul’s).

Unless I read them wrong, your questions you seem to be suggesting graffiti is desirable.

I don’t think the image above fits into the “Street Art” tag or maybe I am out of touch.

are you suggesting that dealing of peoples walls and business  premises is ok and should be encouraged?

This issue is a constant problem for property owners and the idea of encouraging it is an interesting (but maybe troublesome) concept.

Westender is keen to work with readers to find the resolution to these very different starting points.

If we take the concensus approach and identify the common ground as a sensible starting point then we would all agree that there are some forms of street art that need to be celebrated and maintained and there are forms of graffiti that are undesirable and cost property owners money to remove. That leaves the questions about who decides and what disincentives should be used.

If we treat this as an application of dialectic, one point of view might be that the outer walls of private property are public space. Now that is a controversial argument. It was brought to a head in England when a property owner carefully preserved and sold a Banksy street art piece called ‘Slave Labour’ for $US700,000 before demolishing a property. This raised questions over the copyright inherent in illegal, public street art.