Green bridges for West End – what we know 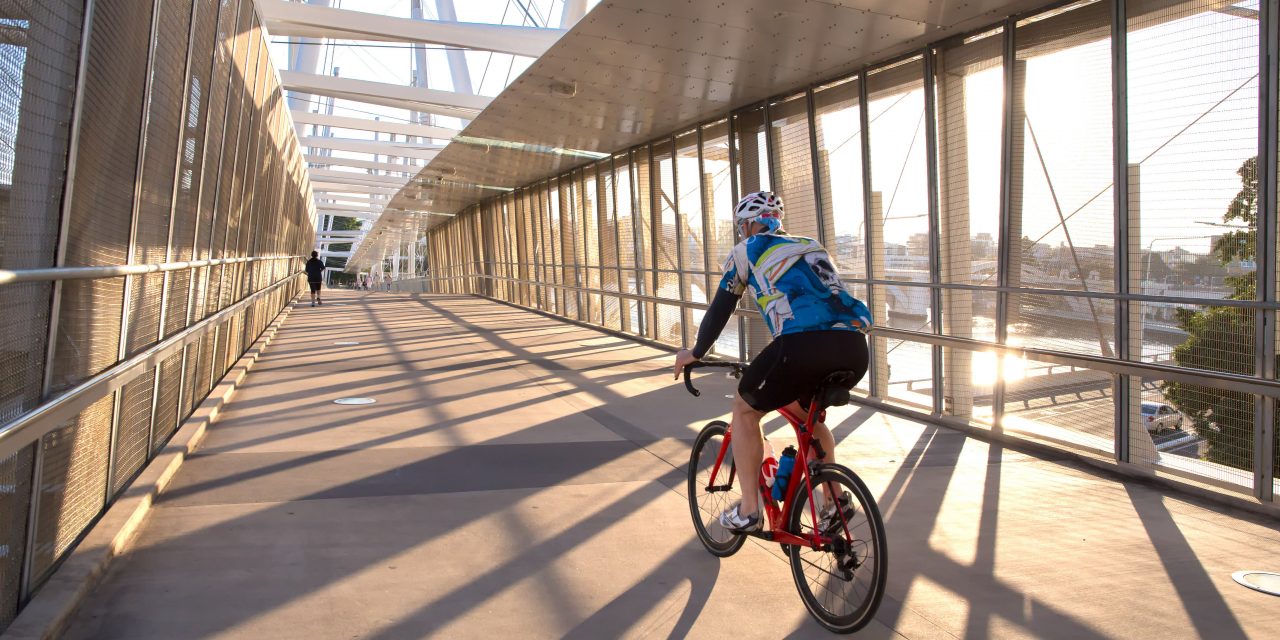 On Sunday, two Brisbane-based news outlets, The Brisbane Times and Courier Mail, reported that Brisbane City Council had announced that it would be commencing a period of public consultation on its five proposed “Green” bridges. The period of consultation was reported to run from Monday the 11th of November to Friday the 6th of December, less than four weeks.

Further, both the Brisbane Times and the Courier Mail, indicated that the proposed green bridges to West End [one commencing at Keith Street in St Lucia and landing at the end of Boundary street, and the other commencing at the old ABC site in Toowong and landing in Orleigh Park near Forbes Street] may include space for public transport as well as for pedestrians and cyclists.

The Westender posted these reports on its Facebook site and received immediate response from followers that the news reports did not appear to match up with the details provided by Council on its website. That is, the detail provided for each of the West End bridges on the Council’s website did not appear to include public transport for these bridges, and the wording on the survey was ambiguous.

The Westender acknowledged that it should clarify the matter for readers, and to this end wrote to Council on Monday the 11th of November and received a response yesterday, Thursday the 15th of November.

The Westender asked Council if it could clarify the issue of public transport in particular, as there appeared to be some confusion between news reports and Council’s own website. We also asked if it could provide details on how the landing sites were selected, and what criteria were used.

The Toowong-West End Bridge will cater for pedestrians and cyclists, and potentially public transport pending the outcome of community consultation and further investigations.

Council is seeking residents’ feedback on the five green bridges, including Toowong-West End Bridge, and looks forward to incorporating feedback into the final plans.”

As requested, Council also sent a copy of its press-release to Brisbane Times and the Courier Mail. Read at link – BCC Press Release – Community consultation kicks off for new bridges.

While Council announced its consultation process on Sunday, Local Councillor Jonathan Sri was not briefed about the bridges until Wednesday the 13th of November. This delay has meant that he was not able to respond in an informed way to questions from the community.

“I don’t think it is a good process to keep the local Councillor in the dark on projects like this, but sadly it’s pretty common from the LNP,” Councillor Sri told The Westender.

However, Cr Sri said that the West End bridges are in the very early stages of consideration and no concrete decisions have been made yet, and so Council was not able to provide much detail at the Wednesday briefing.

Cr Sri said that he thinks that at this early stage, Council is really just testing the water. In contrast he said, the Kangaroo Point bridge is well advanced in terms of planning and Council was able to provide much more detail on that bridge.

Cr Sri said that he sees his role as representing the views of the local electorate, but with major projects that have a city-wide process, Council has the ‘tricky challenge’ of balancing the needs of different interest groups.

“Part of the problem with the way Council operates, is that their processes of consultation tend to prioritise vocal, well organised stakeholder groups: they don’t have an even democratic vote, they create an on-line survey and have a few consultations to see what kind of response they get, and they take that response as representing the whole community.

“We need to do a lot more detailed consultation. Importantly, that consultation has to be accompanied by adequate information, and sufficient transparency, because people can’t provide informed feedback if they don’t have access to all the data,” Cr Sri said.

The Westender has received direct feedback and noted responses on its Facebook posts and while there is some support for bridges with public transport, people appear to be predominantly concerned about the possibility that either of the bridges will carry buses.

The sorts of issues, questions and suggestions being raised include:

Cr Sri said that as the local Councillor, he thinks that during the consultation phase it is important for local residents to emphasise that any loss of public greenspace as a consequence of the bridges should be offset by the creation of new public parks nearby.

Cr Sri said that with a project budget for each bridge of approximately $150M, it really doesn’t add much to set aside funds to purchase land for new public greenspace.

Cr Sri thinks that residents should also emphasise is that the bridges should be designed as usable public spaces.

“This is a good opportunity for these bridges to be beautiful destinations in their own right,” Cr Sr said.

Given the sorts of responses we were seeing on social media, the Westender asked local community groups Kurilpa Futures and WECA for their comments on the proposed bridges and Council’s consultation process.

Kurilpa Futures told The Westender that it is helpful to now have details from Council on the proposed landing sites for the two West End bridges.

However, the group said that it is very concerned about the three-week timeframe for consultation, especially at such a busy time of year.

“We have seen with the Dornoch Terrace project that has had to be scrapped, what can happen if community consultation is not well managed,” Kurilpa Futures spokesperson, Pam Bourke said, “Poorly managed consultation processes can divide communities.”

“The proposed bridges are likely to have a significant impact on transport and mobility across the peninsula, whatever form they take, and the community should be afforded sufficient time to carefully weigh up all options. For example, has Council had any preliminary discussions with the people living in Forbes and Boundary Streets who will be most impacted by these bridges?” Ms Bourke asked.

Ms Bourke said that Kurilpa Futures wrote to the Lord Mayor about the bridges in September and in response the Lord Mayor advised that buses are being considered for the West End bridges, but that a final decision has not yet been made.

“We would ask that the Lord Mayor extends the timeframe for the consultation and remains open minded on the matter of public transport on the bridges and responsive to community feedback.”

All times and locations are listed HERE

You can also complete the Council’s online survey HERE.

You can also, phone the Council’s Green Bridges for Brisbane project team on 1800 318 166 during business hours or emailing the project team at GreenBridges@brisbane.qld.gov.au

Details of the five bridges from Council’s most recent brief: