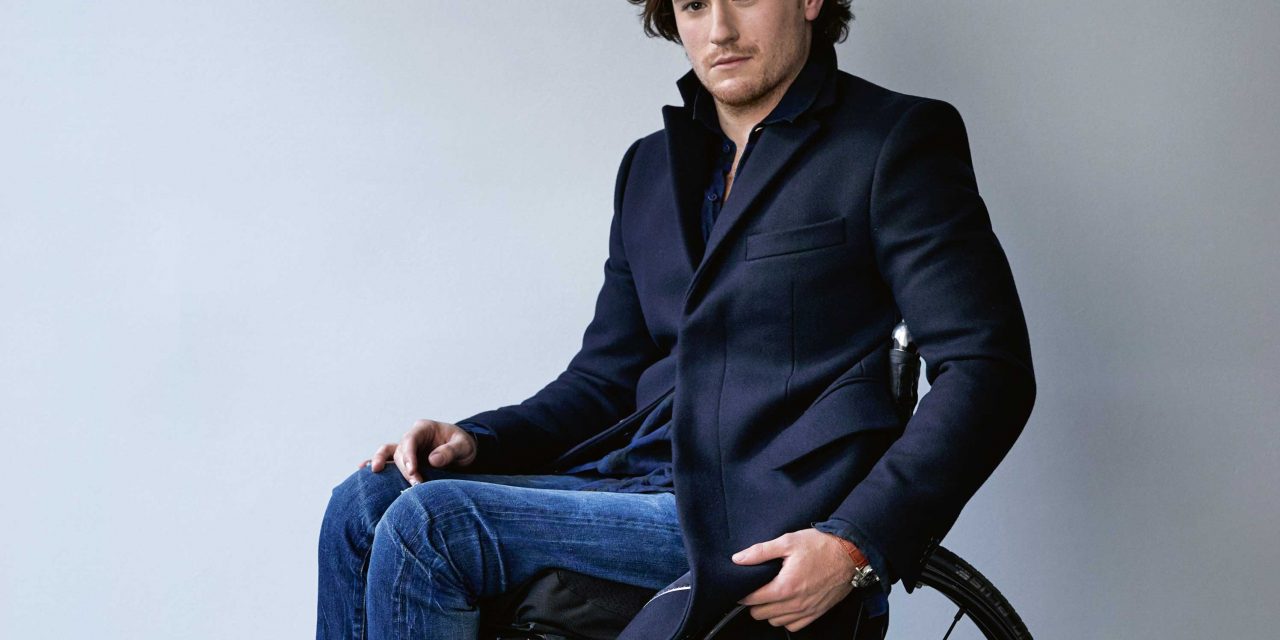 In December 2014, medical student Jason Clymo was left paralysed from the waist down after he fell down a three-story stairwell and broke his spine. Now, he is paving the way for diversity in Australia’s modelling industry, while building a name for himself as a model following his signing as a model in 2016.

While being an ambassador for a number of campaigns, he is currently at the forefont of Starting with Julius and Models of Diversity – two organisations that promote diversity and inclusiveness in the modelling industry.

Just recently, Clymo was also announced as a headliner for one of Brisbane’s premier fashion events, FashionAble – the pre-eminent event for leading Queensland disability organisation Multicap.

‘I am excited to have this opportunity with Multicap,’ he said.

‘Not only because it will be my first runway experience but also because I love that FashionAble is all about inclusion and diversity. I am campaigning to change the fashion and modelling industries. My huge end goal is that it will no longer be exciting that someone in a wheelchair is on the runway – it will just be normal. We deserve to be recognised.’

Jason will be joined on the runway by some of Multicap’s customers. Chief Executive Officer of Multicap Joanne Jessop said they were more than enthused to have Jason on board for the runway program.

‘FashionAble is all about celebrating ability and diversity so to have Jason involved is wonderful,’ she said.

‘Multicap loves to lead the way.’

FashionAble is on Saturday, 21 October 2017 at the Emporium Hotel in Fortitude Valley. Tickets are $75, including the parade, drinks and canapes.

All funds raised will support people with disability in Queensland. For tickets visit the Multicap website.