Joe Hurley has left the house 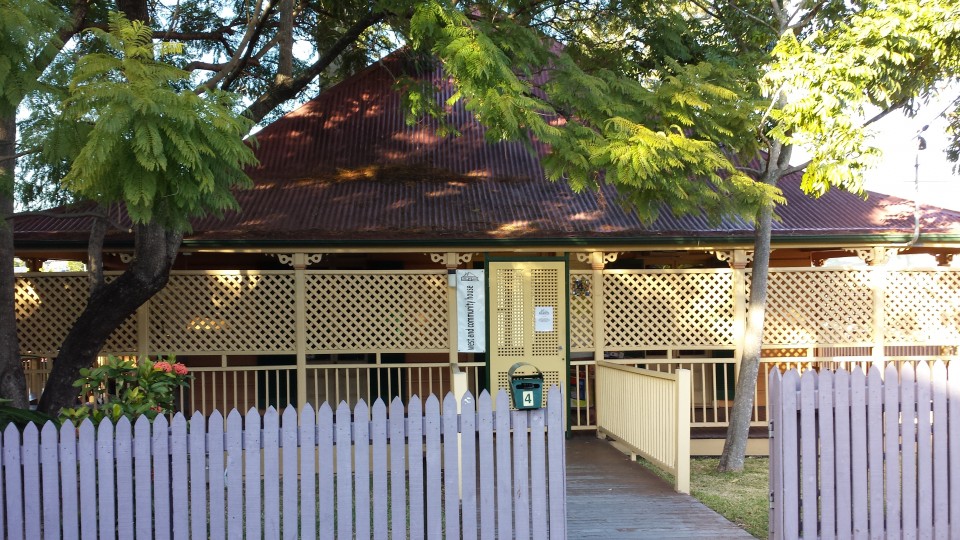 When he was presented with The Westender Kurilpa Local Legend award in May, Joe Hurley was described as a “guiding light” in the West End Community House. Now he is leaving, not by choice, but because the government’s funding model for community houses is changing.

Dr Kay Pearse, Chairperson of the West End Community House (WECH) Board said budgetary constraints forced its hand and it reluctantly decided that it could no longer afford to keep Joe on as coordinator and manager.

Norma aged 89 and a volunteer at the Community House for about 10 years summed up the feelings of many when she said,

“It’s impossible to describe the beauty of a person like Joe. There is something special about him that we will never see again.”

As to the future of WECH, Norma added, “Joe has set us a great example and I’m sure that somehow we will keep it going”.

When I spoke with him, Mr Hurley was philosophical about his move, and his focus was on ensuring WECH services have a future.

“I am leaving because we need to change here. The organisation needs to find a sustainable footing, and part of that is reducing the costs of the organisation”, Mr Hurley said. “But,” he added, “It’s also a good opportunity for me to change. If I hadn’t had this motivation I might be sitting here for another 10 years”.

Mr Hurley said he is driven by a belief in social justice. He said he started his working life in the property sector, in valuation and property administration, and through that he came to the affordable housing world. “And that’s when I realised, wow, that’s what I’d like to be contributing to in the future, rather than just the economics of the property game.”

He describes WECH as: “a place of comfort and support, a place of opportunity… and something that contributes positively to people’s lives and outcomes, no matter what circumstances they might be in.”

As part of its support services, a Centrelink representative and Anglicare support workers attend the Thursday morning breakfasts. In addition to these services the WECH works with Queensland Public Interest Law Clearing House to provide a homeless person’s legal service. WECH has a therapeutic arts program on Fridays, predominantly for people with a mental illness and those living in supported accommodation, as well as a women’s group and a computer literacy program.

“It’s a gateway to support” Mr Hurley said. “The way that plays out is having an open house for the large part of everyday so people can just walk through the door and ask questions, have a cup of tea, and hopefully get the informed and supportive assistance to get them where they need to be.” 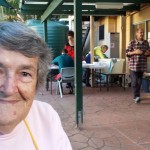 Mr Hurley will continue to work for a time with WECH on a contractual basis. He has a particular passion for the development at the Croquet Club in Musgrave Park. ” We’ve spent two and a half years getting a development application approved on a very sensitive site, with a very sensitive development, that we hope will be a legacy for the community… a meeting space that hopefully will be accessed for decades to come. I’m really very keen to see that come to fruition. And certainly I will continue to work to support our Annerley and Yeronga services: I’ve got a lot of affection for them, so it will be hard to let them go.”

About his own future Mr Hurley said, “I am definitely looking to keep working around some of the social justice issues that I have a passion for. I have had a focus for a lot of my career on tenancy and affordable housing issues and I’d like to see what sort of contributions I could make to that sector. I am also just looking to put a bit of time into my family”.

“It’s been a very difficult time for staff to see their colleagues leave and go to other services”, Dr Pearse added.

Dr Pearse said the WECH has been lucky because a few years ago it was given funding to implement a regional model which has enabled it to support the community centres in Yeronga and Annerley as well is in the West End. But she said in the 2014/15 financial year the service has reached crunch time. “This has placed enormous pressures on staff as they face an incredibly uncertain future” she said.

Funding WECH and associated services comes from the three main services Dr Pearse said, “We get government support, but that’s not sufficient now to cover our operational and service delivery costs. We also do a lot of fundraising, and then we look to our residents and to corporates to support us”.

Both Dr Pearse and Mr Hurley said that WECH has had great support from local businesses over the years. Dr Pearse made particular mention of Jacobs and Sinclair Knight Merz (SKM), which has partnered with WECH to support the breakfast program and in a number of other ways as well. 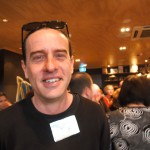 Joe Hurley – winner of The Westender Award for 2014

While both Dr Pearse and Mr Hurley acknowledged that the changes in state government funding have been a critical issue, neither was critical of government, talking broadly about difficult times for all. Norma however had no hesitation in attaching blame to government.

“My greatest disappointment is the people in Government cannot see the worth of what we do. They don’t seem to understand the amount of money we could be saving them…I can’t understand any government that does what they’re doing here,” she said.

Dr Pearse said that the state government, “has a very clear agenda of professionalising non-government services and wanting them to be financially stable; to be multistranded. We need to collaborate and work with our other community services on the South Side if we are going to survive in these very tough times.”

In the meantime Dr Pearse said WECH is adjusting to the new word and is collaborating in particular with the Acacia Ridge and Mount Gravatt community centres, for example, by applying for grants together in an attempt to secure regional funding.

Dr Pearse said the board will also continue to look for alternative sources of funding in order for its services to continue.

If you want to help WECH contact them here.

For Audio of these interviews on ABC 612 click HERE