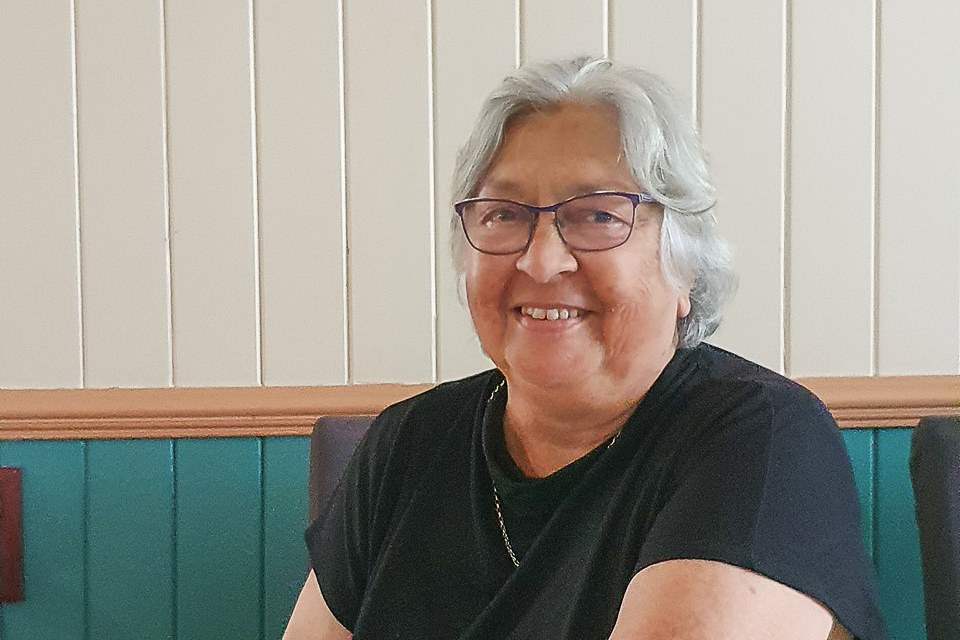 Anne Warner was elected to Parliament in  Queensland for the seat of Kurilpa in 1983, and for South Brisbane in 1986. She was Minister for Family Services and Minister for Aboriginal and Islander Affairs in the Labor Party government of Wayne Goss from 1989 until her retirement in 1995.

She has been the president of Sisters Inside a non-government organisation which provides support and advocacy for women and girls who have been criminalised by the justice system.  Whilst no longer president she is an active member of the management committee.

Anne has lived in West End since 1979 and continues to do so.

Well  the electorate has changed significantly since 1979, then it was characterised by huge diversity in population. There were many big old  houses divided into multiple dwellings and occupied by many lower income people. It had a significant visible Aboriginal population, both resident and those who visited for cultural reasons.  It also was most known for its Greek community presence and there was a significant student population and people who chose to live here because of the eclectic cultural mix.  It was an area in which people often were out and about and regularly meeting up.  Boundary Street was a thriving shopping area with a variety of food shops as well as shops that sold products for daily living.  There was a draper, a shoe shop, a greengrocer, a fish shop, two supermarkets and many delicatessens, among many others that came and went over the years.  The produce from different cultures competed for trade, there was a great sense of community and a great sense of community celebration.

Since then, we’ve had the gentrification of the area and the massive development of high rise in areas that used to be industrial along Montague Road.

It’s still an attractive place to live because it has maintained some of its character. The increase in population with the increase in high density living has changed the place.  I think the monotony of high rise down Montague Road is going to have an ongoing impact. Traffic and the levels of congestion are intensifying, which is a problem. Although I think that these problems can be solved with appropriate transport and the willingness on the part of people to use that transport. As well as other community building strategies.

I think that the Labor Party is very conscious of trying to maintain a sense of humanity in terms of jobs, in terms of education, in terms of the basics of life being maintained, regardless of wealth.

The LNP’s position on the other hand is, that if the wealthy increase their wealth then the money trickles down. That theory has been completely debunked. Median incomes have collapsed with the introduction of insecure and low paid jobs.

I am of course very supportive of action on climate change and a lot of the Green’s policies. What I worry about with the Greens, is that they are relatively elitist in their approach. They don’t seem to want to engage with ordinary people: witness the high handed and provocative Bob Brown caravan to preach to the people of north Queensland during the last federal election.  Unless we persuade ordinary people that we need action on climate change, we are not going to get carbon reducing policies. The Greens have set themselves apart from the general population. They are people with aspirations for significant and useful change in my view, my worry is the strategies that they use to get there. I believe that the history of Green politics, not just here but in Europe, and everywhere, is that it’s significantly alienating for a lot of people who feel excluded by it and feel that they’re being preached to. It’s the piousness of their approach that upsets me. We are not going to get social change that way. I even agree with a lot of the social changes that they want, but I do not think that they are going about it the right way.

Industrial justice is the corner stone upon which the ALP was built it is still the main purpose of the party.  The struggle for wage justice and equitable living standards are the main objectives of the ALP. Through many years of effort the ALP has achieved significant community acceptance for basic principles of justice, fair play and the right to work which it has developed alongside the general population not preaching from a position of privilege of either money or intellectual elitism.

I think it’s evident from what I’ve already said that the Labor Party is in a much better position to deliver policy change. We have delivered policy change. Jackie [Trad} has been a brilliant local member. She has managed to achieve so many reforms that I could only have dreamt of when I was in government – to get the amount of attention and significant social development in the local area – the schools, the transport.

I don’t think the LNP is very good for the area. If you just look at what Campbell Newman did. At the local government level, he actually persecuted West Enders in terms of allocation of resources and changing building heights with no consultation.  It was just appalling. It was vandalism. And we’re living with the consequences of that now. And that is the problem with the LNP, when they see a quick buck to be made, they go for it, regardless of the consequences for the general population. That is not good government.

The Greens have not yet worked out a strategy for arguing their case consistently.  They rely on slogans and underdeveloped policies which they have no hope of implementing.

I think that the benefit of the Labor Party is that it has delivered for Queensland, year after year. I believe that it’s a trusted and true mechanism for social change, the other parties are not.

Jackie Trad is a tireless worker – a person that delivers. She is innovative. She is a dynamic person who wants to see change, who wants to see improvement, who wants to deliver for her community. She does not suffer fools gladly. She is seen by the LNP as arch-enemy number one – I can understand why they would think that because she challenges them and has run rings around them. She challenges them both in terms of rhetoric but also in her deeds. And she has made progressive changes within the Labor Party. She has had a brilliant nine years. She has paid the price for being a significant innovator, who challenges norms, and delivers much needed change.

The Murdoch press has a vendetta against Jackie. They continue to make libellous attacks on her and she has been proved virtuous at every turn. They do not like what Jackie stands for. And most of all, they hate social progressives particularly successful ones. We’ve all suffered at the hands of the Murdoch press. We fit the electorate, in many ways, you know that that sense of moving forward, representing a different way, a way that produces change. The last thing the Murdochs want is change. They just want to accumulate their wealth at the expense of everybody else.

I worry that the Greens are not able to effectively wield that kind of power. The Greens have made so many mistakes. Of course, the big one, purely out of ego and stupidity, was not supporting the emissions trading scheme proposed by Kevin Rudd. If we had had that we would now be in a much better position.

We only have one house in Queensland. The idea that the Greens could do anything constructive with a couple of seats in a parliament of 93 members, is absurd. They would claim it as a huge victory, but it’s not, it’s peanuts, really. It is not what you would call anything like power nor is it constructive when we have so little time to effect meaningful change.

When you compare an inexperienced green candidate – and I’ve been to a few meetings with Amy (McMahon), I have to say that she’s no match for Jackie – with the prospect of a Labor Party majority with a champion like Jackie Trad exonerated from all the baseless allegations she has successfully defeated, there is no choice.

If you look at one of the issues that the Labor Party are intent on, is trying to marry new jobs, new clean jobs, and renewable jobs. The building of the new economy is something that Jackie is very much committed to.

The Greens for all their rhetoric have never been in a position to deliver that. Jackie, with a Labor government, is able to develop renewable jobs. Labor, unlike The Greens, has got a long history of understanding the industrial landscape. We are a trade union party, and the defence and protection of workers and their jobs is in our DNA.

As to the COVID question. I’m so grateful that we’re living in Queensland, that we’ve got what seems like a seamless connection between the Premier, the Deputy Premier, who’s the Health Minister, and the Chief Health Officer, Jeannette Young.