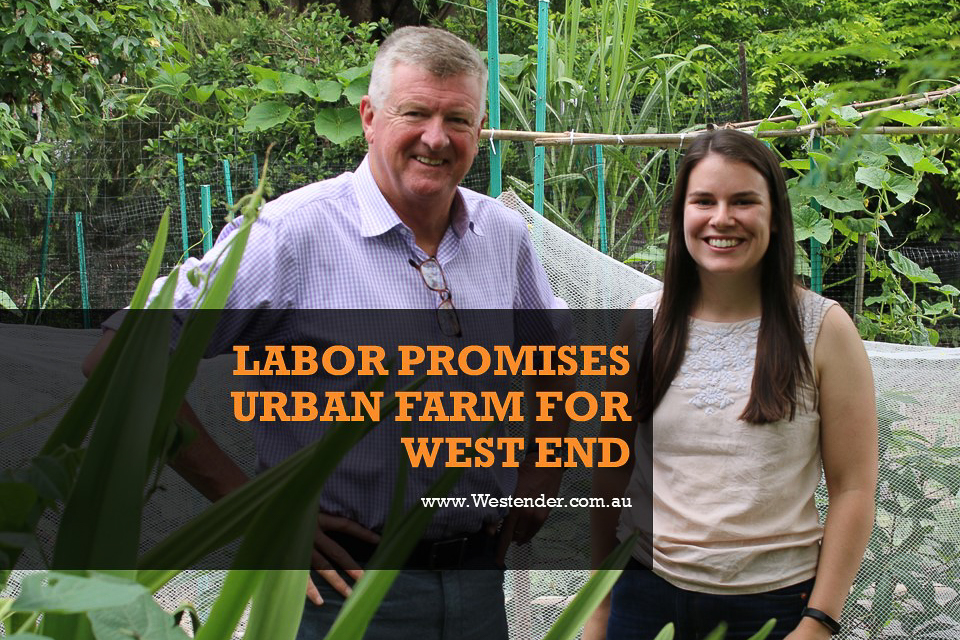 Rachel Gallagher, Labor’s candidate for The Gabba ward, with Labor’s Lord Mayoral candidate, Patrick Condren, announced on Saturday 8th of February, that Labor is committed to the expansion of West End’s Jane Street Community Garden to an urban farm.

Jane Street Garden is a loved community hub. In October 2019, The Westender reported on Brisbane City Council plans to lay a storm-water tunnel through the centre of Jane Street community garden. The garden community considered that Council had proceeded without proper consultation and this set off a “Jane Street Community Garden Matters to Me!” campaign which garnered over 1000 signatures of support.

Local member, the Hon Jackie Trad, subsequently facilitated a meeting of garden and community representatives with LNP Councillor Fiona Hammond, Chair of Council’s Environment, Parks and Sustainability Committee. Ultimately the drainage works did proceed but the Jane Street team also asked Council to consider finding an additional location for the garden, given the soil contamination and shading issues resulting from a new development opposite the garden.

“We will deliver a fully remediated site, where locals can grow their own food, which is especially important for people living in apartments that might not have their own gardens and our multicultural communities here in the Gabba,” Ms Gallagher said.

Ms Gallagher said she has committed to creating a greener Brisbane.

“West End in particular has borne the brunt of this growth, and has been neglected by the Brisbane City Council who have shown more interest in lining their pockets with ratepayers money than listening to the needs of this community.”

Labor’s Lord Mayoral candidate Patrick Condren says that an urban farm in such close proximity to the Davies Park Markets would be a benefit for residents and local businesses.

“While the current council and The Gabba ward councillor preside over the collection of over $150 million in infrastructure charges in this ward alone, the community is desperate for an investment in infrastructure that its growing population needs.

“Only Labor is committed to listening to the people of Brisbane and creating for them a greener, cleaner city or residents to live, work and play in,” Mr Condren said.