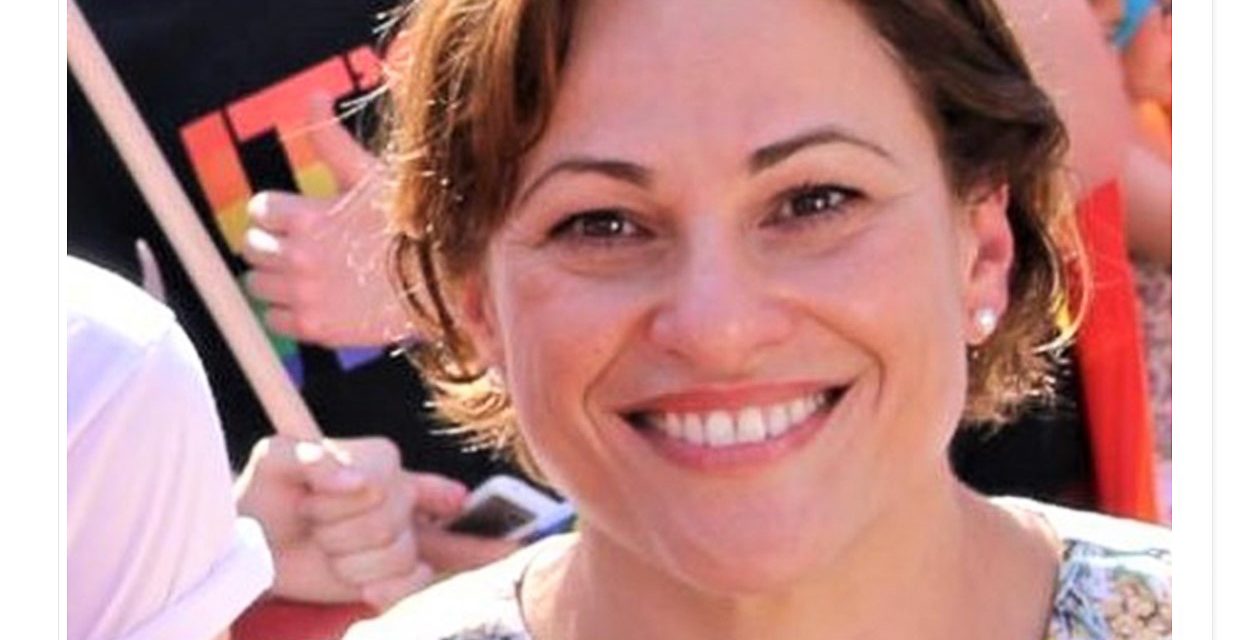 South Brisbane has always been my home – it’s my lifelong home. It’s where my grandfather migrated to, and a decade later, my grandmother, father, and the rest of our family – the classic Australian migrant story. My connection with our community is a deeply personal and affectionate one.

I grew up in a small business family and I often come across locals who remember my mum and dad’s fruit shop in Stanley Street, Woolloongabba. My children have gone to childcare, kindy and school in our community and I know full well the pressure on our local schools.

Delivering more classrooms and better facilities at West End State School, and a new High School at Dutton Park, would have to be my most significant local achievements. I know enrolment pressure continues to build in other local schools, like East Brisbane and Buranda and I will always work with the local school communities and the broader community to ensure we have great local state schools, with enough classrooms, outdoor space and great facilities for our kids.

Maintaining the liveability and vibrancy of our neighbourhoods, at the same time we’re experiencing significant growth and change, is really important to me and I know it’s important to our community.

The Labor Party is the only political party capable of both forming government and reforming our nation and our state. The history of our fair industrial system, our universal health and education system and our social safety system is the history of the Australian Labor Party and the Australian Labour Movement.  For me, at my core, I am a deeply practical person and I could never have lived out my values of equality, social justice and fairness, from the sidelines.

All of the progressive social, industrial and environmental change I have seen in my lifetime has been through Labor governments.  I have been enormously privileged to have contributed to this legacy including, abortion decriminalisation, strong anti-tree clearing laws, world-class rehabilitation and closure plans for resource projects, establishing our publicly-owned renewable energy generation company, the end of sandmining on Minjerribah, and the commencement of Treaty in Queensland.

I don’t think I can speak about change in the electorate without talking about how the COVID-19 global pandemic has impacted our local community.

There’s no doubt that small business, young workers and women workers have been particularly impacted.  I know that for many small businesses, this year has been touch and go, but the Palaszczuk Government has stepped in to support small businesses to keep operating during this tough time.

In terms of what young workers are saying to me, there’s a real sense of anxiety around their jobs and their economic future. The lack of clarity around the future of JobKeeper and its reduction is causing much uncertainty for workers and small businesses alike. I’ve spoken with academics who don’t know if they’ll have jobs at Christmas because of the Morrison Government’s neglect and stubborn refusal to include them in JobKeeper.  Creators and artists have been supported through State Government funding initiatives, but to have workers in both of those sectors excluded from JobKeeper is simply unforgivable. It speaks volumes about how little the Federal LNP Government values academics and artists.

Other local changes clearly centre around development.  Our roads are clogged, council refuses to acquire additional parkland and continue to approve development totally inconsistent with local planning schemes and the City Plan.  This is a long running issue.

Local residents are fed up with Montague Road.  An accident involving a pedestrian occurred recently, which I know is something the community has been worried about for some time.  Safety, congestion, and better amenity have all been raised with Brisbane City Council, but unfortunately they refuse to engage in any meaningful dialogue around the long-term planning and resourcing of this important arterial road and the connecting corridors.

As the local State Member I understand these growing pains, which is why I have delivered an expansion to West End State School, a new high school at Dutton Park, new cycling infrastructure, more public parks and, of course, the biggest public transport project our state has ever undertaken in Cross River Rail.

2. What key policies differentiate the Labor, Greens and LNP candidates/parties?

I think policy differences, particularly between Labor and the LNP are clearly centred around the provision of public services, environmental protections and renewable energy and an inclusive economic recovery.

We know that the LNP has got a track record when it comes to cutting frontline services. Mrs Frecklington was the Assistant Treasurer at the time when thousands of Queenslanders were sacked. She has subsequently talked about how proud she was of that budget. I think the defining differences between the Liberal National Party and the Australian Labor Party is what we see as public benefit and public good, and certainly the Liberal National Party does not see the public service as providing a public benefit and a public good.

In terms of environmental protection, we have seen that the LNP has already said that they will be winding back Labor’s tree clearing legislation; they will doubtlessly weaken that legislation to allow for broad scale tree clearing. Keeping trees in the ground is one of the most immediate things we can do to address climate change.

They have also indicated that they will be reviewing the abortion legislation, and that is code, I believe, for either repealing it or significantly weakening it.

And lastly, in terms of action on climate change, since we came into government, we have seen the amount of generation of renewable energy being fed into our grid rise from only 7% in 2015 to 20% today. So, we are firmly on track to reach 50% renewable generation by 2030. We know that the LNP just do not support renewable energy – they cancelled all large-scale renewable energy projects last time they were in government, and they promote climate deniers from their party room.

For me, the most significant issue, is how The Green political party will implement or progress commitments.  A policy or a plan is nothing more than an idea if there’s no capacity to implement or progress. The other observation I would make is that it’s really easy to profess simple solutions to really complex and embedded cultural issues but, as someone who has achieved change through government, through the Parliament, across multiple and diametrically opposed stakeholders, and within the Labor Party, I know change is anything but simple and requires hard work, problem solving and genuine engagement with real people.

After the LNP’s announcement to put the Labor Party last in all seats, it’s really clear that they want a Queensland Parliament with more One Nation Party, Katter Australia Party, maybe a new United Australia Party member.  This will simply mean chaos and no hope of progressing or implementing anything in the interests of a fair and decent future, without even mentioning managing our health and economic response during a global pandemic!

The progress we have made on so many important issues has been through a majority Palaszczuk Labor Government and I believe this is the only way decent progressive policies will be implemented in the next Parliament.

4. Why should voters give you their vote?

I know our local community want a representative who has the same values and someone who will be a strong voice on the issues that matter to us all, with the ability to deliver outcomes.  I have a strong track record of doing exactly that.

When Anna Bligh retired and Campbell Newman had his historic majority, for me, it was very much about ensuring that our community of South Brisbane, had a strong voice in the Queensland Parliament.  Day in and day out, I stood up and fought for our community against the cuts to government services, the axing of funding to community organisations, and the mass public sector sackings by Campbell Newman and Deb Frecklington.

As a local member in a Labor Government, my track record speaks for itself.  I’ve always been a strong fighter for the things that matter to our community.  As a minister and local member, I’ve been able to address overcrowding in our classrooms, get major public transport infrastructure projects off the ground and deliver more parks for our neighbourhoods.  I have had the privilege of being able to act on the things that we all care about, like abortion law reform, renewable energy, LGBTIQ issues and tree-clearing laws, to name a few.

Ultimately, I am asking for South Brisbane electors to vote for me, as someone who shares our values and delivers on our values.

5. What do you consider are the two key issues for the electors of South Brisbane in 2020?

There are many issues that locals care about but, if I was to distil the thousands of conversations I’ve had over the year, I would say addressing both challenges of economic recession and climate change together as we go forward are key issues.

Our economic recovery plan is based on building infrastructure and accelerating publicly owned renewable energy, so we have clean energy powered industrial jobs throughout our State.  In addition, the health, education and community support jobs, particularly in mental health are critical in terms of our recovery and they are part of Labor’s commitment to a recovery that leaves no one behind.

6. If the October election results in a minority government, what could a party holding the balance of power achieve? Provide examples if you can.

A minority government relying on a mix of crossbenchers will not deliver stability. And it certainly won’t deliver a clarity of direction at a time when there’s an enormous challenge confronting us around the ongoing management of the global pandemic and the hard work of recovering the economy.

Given the LNP’s decision to put all the minor parties ahead of Labor, the Parliament will have an even larger number of conservative crossbenchers, who don’t believe in climate change and are resistant to listening to ‘experts’ like the Chief Health Officer.  Because of the LNP preference decision, these are the people who will influence and direct a minority LNP government.  This is a reckless and chaos causing decision by the LNP at a time when our State needs stability and certainty.