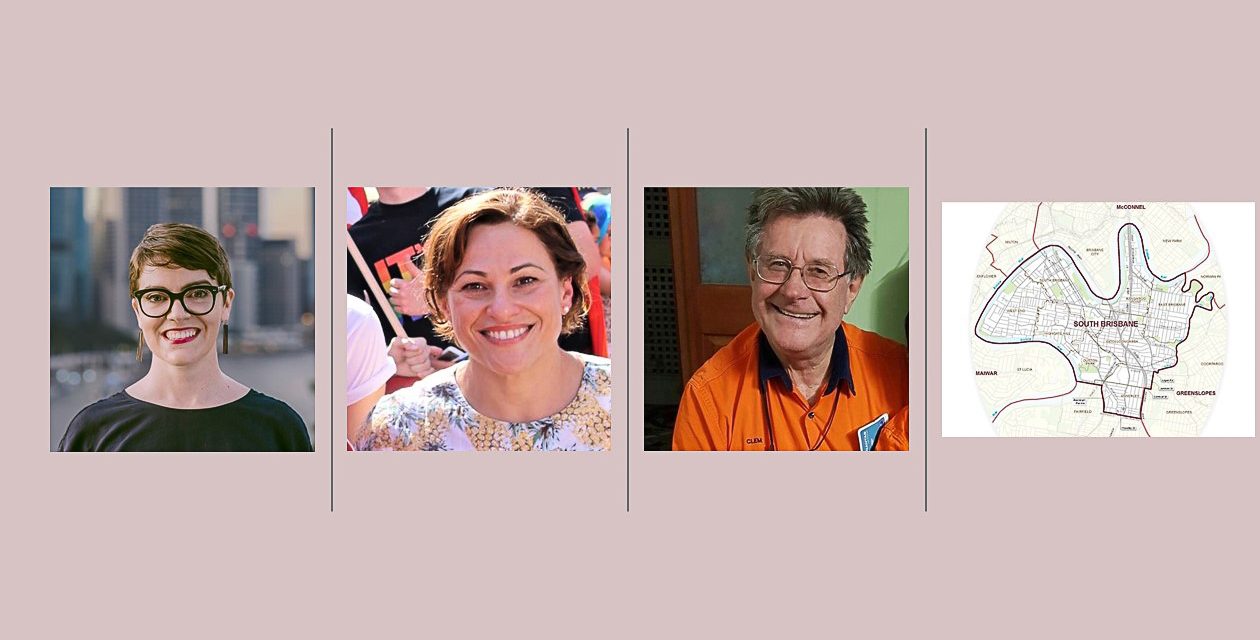 Five of the seven candidates for South Brisbane have provided responses to The Westender outlining their policies and personal credentials for the job. 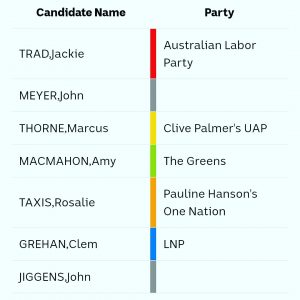 Link to their responses here:

Mr Grehan provided his response in August and updated it with responses to additional questions on 27 October.

John Jiggens puts his case for election in South Brisbane

John Meyer puts his case for election in South Brisbane

The United Australia and One Nation candidates have not responded to requests for contact details or profiles.

There has been no shortage of opportunities to quiz the candidates, with forums hosted by community groups West End Community Association and Kurilpa Futures.

About the South Brisbane Electorate

South Brisbane was once a safe Labor seat but is now considered to be marginal and a key target for The Greens.

Jackie Trad has been the State Member for South Brisbane since she was elected at a by-election in 2012 following the resignation of Anna Bligh. Ms Trad became Deputy Leader and Deputy Premier after the 2015 election and retained those roles until May 2020 when she resigned due to an investigation by the Crime and Corruption Commission. She was cleared of any wrong-doing in July 2020.

Ms Trad was Minister for Infrastructure, Local Government and Planning from 2015 to 2017, Minister for Transport in 2017, and Treasurer and Minister for Aboriginal and Torres Strait Islander Partnerships of Queensland from 2017 to 2020. 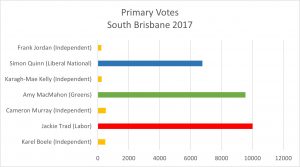 Amy MacMahon is standing again in 2020 and hopes to better her 2017 result. The Greens consider the seat is winnable for them.

The LNP is running Clem Grehan who stood against Jackie Trad in her first election in 2012, winning the primary vote. He thinks he is in with a chance in October. Mr Grehan is an engineer and works on the Dawson coalmine for Anglo American.

None of the minor party and independent candidates who stood in 2017 is standing this year.

Founding editor of The Westender, John Jiggens, has thrown his hat into the ring for the Legalise Cannabis Queensland Party.

See all key dates for the election HERE

Preferences are likely to be a factor in the electorate if voters follow their party’s how to vote card. The LNP has declared it will direct voters to preference The Greens over the Labor Party. This is the reverse of their approach in 2020 when they put The Greens last.

The Greens have said they will preference the LNP last and have discounted any power-sharing deal with the LNP. Labor consistently preferences The Greens above the LNP.

It is the State’s smallest electorate in area, covering 12 square kilometres. Queensland cultural and arts centres have their home in South Brisbane, with Southbank, the State Galleries, the State Library, QPAC, Queensland Ballet, Metro Arts, and the Brisbane Exhibition Centre, all based in the electorate. Griffith University has a campus in South Brisbane.

The Eco Sciences Centre at Dutton Park, the popular Brisbane State High, and the new Brisbane South State Secondary College are in the electorate, along with major hospitals, including the Mater and Princess Alexandra.

A range of key organisations have offices in South Brisbane including the Labor Party’s headquarters, the Queensland Council of Unions, conservation and environmental groups such as the Environmental Defenders Office, the Wilderness Society, and the Queensland Conservation Council; along with health and social support agencies such as Queensland Aboriginal and Islander Health Council, Micah Projects, Community Plus and Sisters Inside. Indigenous radio station 98.9FM and ABC Brisbane are also based in the electorate.

In the 2016 Census, 55,671 people were living in the State Electoral Divisions of South Brisbane. About half the population is Australian born. Aboriginal and/or Torres Strait Islander people made up 1.1% of the community. After Australia, the most common countries of birth were were England 3.4%, New Zealand 3.1%, India 2.7%, China (excludes SARs and Taiwan) 2.6% and Vietnam 1.4%. The largest non-English speaking population are speakers of a Chinese language at 5.2%.

South Brisbane has a young, well-educated demographic. In 2016 the median age was 32, and 41% of the adult population had a bachelor’s degree and above compared with 18.3% for the State as a whole.

Health services, the hospitality industry and higher education are among the key employment areas in South Brisbane. In 2016, 6.3% of employed people worked in Hospitals, 5.5% in Cafes and Restaurants, and 5.5%, in Higher Education. 36% of the working population defined themselves as professionals.