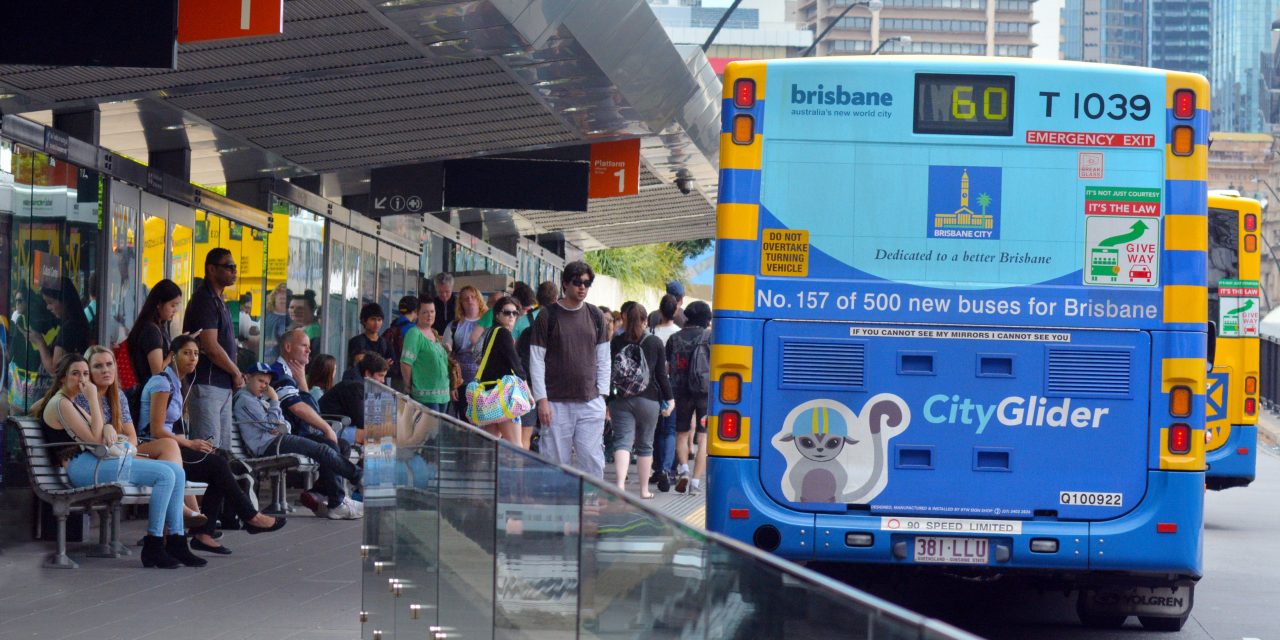 Keep an eye out for the new 18 metre articulated buses travelling the CityGlider route 60 through West End from today.

The State Government and City Council have combined efforts to supersize the high-frequency blue CityGlider, with 18 bigger, new buses that can carry hundreds more passengers per hour.

“We want residents to be able to get to their destination in comfort, so the existing 12.5 metre buses will progressively be replaced with 18 metre articulated buses,” Cr Schrinner said.

“Pre-pandemic this service was carrying more than three million passengers a year and as we return to normality it’s important that we provide the services to meet the growing demand on this route.”

“The bigger buses will provide 50 per cent more capacity and will be able to comfortably carry around 40 extra passengers.”

“They will have three double-door entries to allow for quicker boarding and of course be fully air conditioned and have wireless charging ports on board.”

Public and Active Transport Chair Ryan Murphy welcomed the addition of the new buses and said he expected residents to immediately benefit from the change.

“Even with peak hour frequency of every five minutes there are often queues waiting to get on board and the existing buses can get full very quickly,” Cr Murphy said.

“With bigger buses at the same frequency we will be able to move up to an extra 480 people an hour.”

Transport and Main Roads Minister Mark Bailey said thanks to Queensland’s strong response to the Covid-19 pandemic, patronage on public transport is better here than in other states.

“We want to do all we can to encourage more travellers onto public transport and these high-capacity buses are a big step in the right direction,” Mr Bailey said.

The introduction of these bigger buses will not impact existing timetables of any service, however the 199 departure point will move to the Skyring Terrace bus stop, where the 470 current departs from. The 199 terminus will be moved to Commercial Road in Newstead.

The first eight buses will enter service from today, 12 July. A further 10 will be rolled out by the end of 2021.