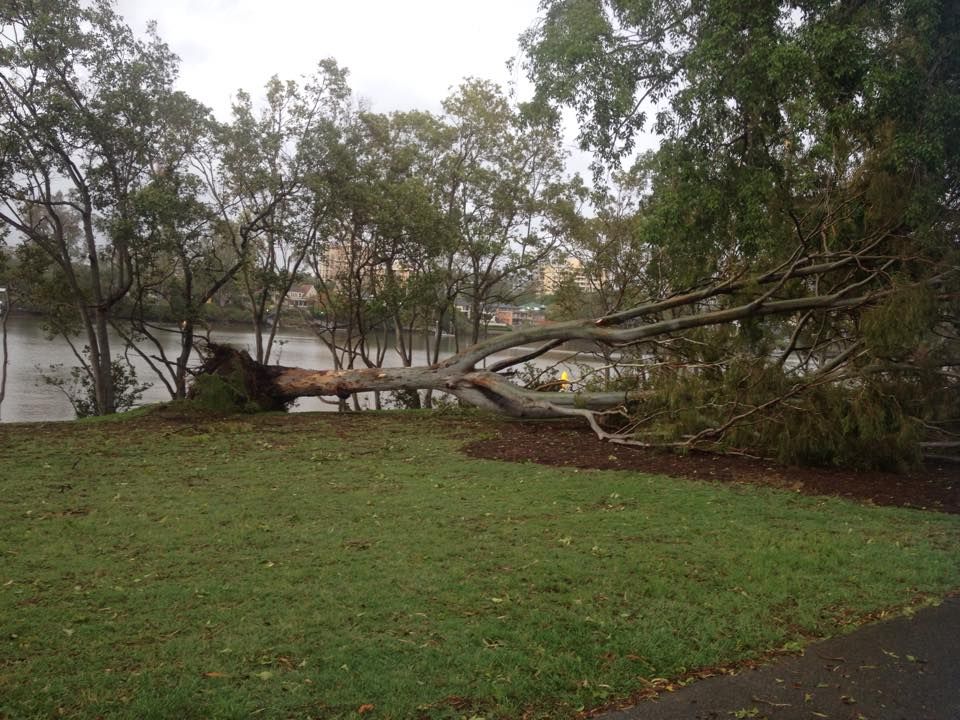 The day after the storm at Orleigh Park.

Many of the larger trees in the area were badly damaged by the wind and hail of the recent storm, in particular the trees in Orleigh Park, Dutton Park and Davies Park.

I have been advised that two fig trees in Orleigh Park will be removed. One tree is now a single branch bravely pointing to the sky. The other is closer to the damaged picnic shelter. It has failed at the base, lost a number of branches and has a crack along one side.

However 25 trees are to be lost in Mowbray Park for Council’s proposed 235 unit development on a State Heritage Listed site. The trees include a number of mature fig trees. The development application states that one of the fig trees should be able to be relocated to a site unknown in the park. With less confidence two other trees will be investigated.

All of these trees are protected by Council’s Natural Asset Local Law, so it is very distressing to lose this heritage of the park and the landscape amenity, while the possibility of two other trees being relocated will be considered.

Mowbray Park will also lose all the fig trees along the Lytton Road frontage due to road widening. The loss of a palm tree that allegedly was planted by Wilhemina Mowbray is distressing to many local residents.