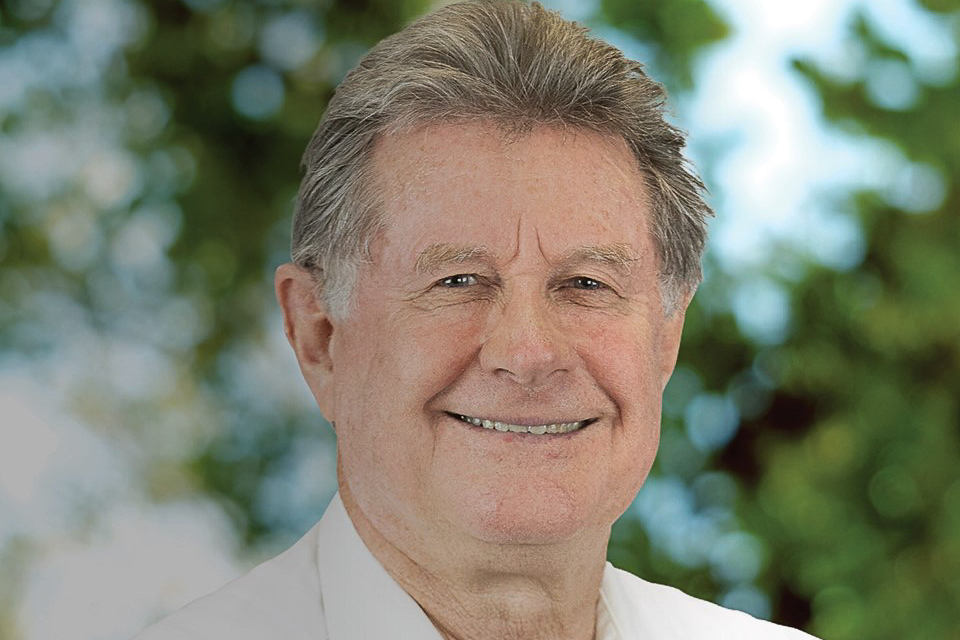 The election is just two months away and the Westender will post candidate profiles and their policy positions over the coming weeks.

We now know who the candidates will be for the three major parties in what is billed to be a close election: Amy MacMahon for The Greens, current member Jackie Trad for Labor, and the recently preselected Clem Grehan for the LNP.

Candidates profiles provide an opportunity for candidates to present themselves to the electorate.

Clem Grehan is married and has five adult children and two grandchildren.

He says he is a keen pilot, and a passionate Reds Rugby member and supporter. As a former competitive athlete, swimmer, triathlete, and dragon boat rower, he has been a volunteer coach across a range of sports, including for his sons’ soccer teams.

This is not Mr Grehan’s first foray into politics. He ran for the LNP in South Brisbane against former Premier Anna Bligh in 2101, and was beaten on primary by 257 votes. He backed up in the subsequent by-election and out-polled Jackie Trad in the primary vote by 7761 to 6720, losing on preferences by 582 votes.

He says he has over 35 years hands-on experience in scoping, designing, tendering, and constructing projects. As a self-employed consultant contractor, he has been engaged by many of Australia’s largest mining and construction companies. He worked on the Clem 7 (North South Bypass) where among his functions were planning tunnel works and coordinating infrastructure and asset preservation.

His most recently completed project was the construction of 19km of road for Banana Shire Council, which incorporated 2km of Dawson Highway works and opened on 25 August 2020.

What the State needs

Mr Grehan says that Queensland needs a government that has a plan to rebuild the economy and create new jobs.

“An LNP Government will hand down a budget within the first 100 days and establish an Economic Recovery Agency, to rebuild Queensland’s economy and create a decade of secure jobs. Clem’s South Brisbane connection,” Mr Grehan said.

How do your values align with those of the LNP?

“I am for free enterprise and competition, and a person’s right to earn and spend their own money on what they choose. The Palaszczuk Labor Government has introduced nine new and higher taxes since they were elected. Unlike Labor, the LNP will not introduce any new taxes,” Mr Grehan said.

What you think the key issues are for voters in South Brisbane?

“South Brisbane is a great place to live and work. We have great arts, entertainment, museums, convention locations and schools – and all that riverside park for rambling along. It is why people want to come here to live, work and raise a family. We need to ensure we protect the unique lifestyle we enjoy here.”

“Both here and across the state, the key issue in this election is jobs, and which party has a plan to deliver a strong economy and secure jobs. The LNP team have worked in the real world in diverse roles and in diverse industries. We know what it’s like to grow a business and employ staff.”

“The Labor Party draws from a shallow pool of union officials (most of whom have never worked alongside their members) and party apparatchiks. Just look at what some people in the Labor Party are saying of Jackie Trad. The LNP is the only party that will rebuild Queensland’s economy, create new jobs and deliver better schools and hospitals.”

1. What changes have you seen in the electorate since the last election in 2017 (or since you last stood in 2012). What does that mean for this election?

The voting population in South Brisbane has increased from approximately 30,000 in 2012 (when I last ran) to around 37,000 now. An increase of 22% over 8 years. The average age is lower, and the demographic has changed.

2. What key policies differentiate the Labor, Greens and LNP candidates/parties?

What key policies differentiate the parties?

We know the Labor Party; we have seen them in action for the last two terms. They could have delivered some of the targets they have proposed for this election in their last term in Government but didn’t.

The Greens are promoting:

Conversely, the LNP plans and executes policies that are beneficial to all Queenslanders.

We plan for step wise change, building upon reasonable and credible practices. We will not close industries down but allow them to transition gradually to reach the desired objectives. We need energy storage before we install too much intermittent renewable energy.

What key policies differentiate the candidates?

The key advantage I offer is my broad and diverse experience. Both the Greens and the Labor Party candidates lack this quality. I have 35 years of hands on life experience, with different peoples in different systems (legal and cultural) across different industries, in different regions, in different countries.

I am able to draw on my extensive knowledge to provide efficient solutions and alternatives to relevant issues, and I would apply these skills and expertise for the benefit of South Brisbane voters.

The Greens, like Labor, rely on ideologically driven candidates with academic and scientific backgrounds, but with little experience in the broader world.

A budget of $33 billion covers the cost of Land Acquisition for the highway, and construction of the works over 15 years has been announced.

Contracts would be awarded for sections that are 100km apart, so that work can be provided to locals in their area, and as that project comes to a close, the next project is tendered for the work force to secure a role (with a different contractor) on the next section. There are always labouring and administration jobs on all projects, but anyone can upgrade their skills through training.

B.  Similarly for the six dams proposed for construction, these works would be released via tender for construction starting at different times to provide a continuum of works for the people experienced in that operation.

C. For Implementing the training new teachers, we have to consider that there are around 10 teacher training institutions in Queensland, and teaching is now a four year degree. In this context, we need to implement a staggered strategy using already developed courses and existing teacher trainers, as well as training new ones.

4. Why should voters give you their vote?

Voters should vote for me, because I have broad hands on experience in life, having lived, worked and studied across many countries and disciplines. I draw on that experience to provide simple and effective solutions to the problems that concern our citizens.

i. I am authentic, committed, trustworthy, honest, and reliable.
ii. I have 35+ years of construction work experience/
iii. I am used to work in multicultural environments and sensitive to cultural diversity, having lived 16 years in South East Asia.

Because I am experienced at delivering projects, our team will create the JOBS our citizens need, while ensuring that the money from those projects and the prosperity they create is reinvested in South Brisbane.

5. What do you consider are the two key issues for the electors of South Brisbane in 2020?

The No 1 issue is JOBS (now and after COVID).

Creating those value for money JOBS and getting the unemployed back to work is my number one priority. Even before the COVID crisis, Queensland had the highest unemployment rate in Australia, which proves that the Labor party is not the best candidate to solve this issue.

The No 2 issue is TRUST.

Trust in politicians and governments is currently at an all-time low, both globally and locally. I want to gain that trust back and differentiate myself from the rest of the candidates. When electors vote for a candidate, they expect a level of integrity
from their member of parliament, in executing their role and not conducting themselves on the fringes of the law or profiting from their post, or not deviating from their brief. The current member of parliament will be judged by the electorate for her behaviour, and the electorate is wary of the Greens candidate as the Greens councillor has strayed from his charter.

6. Why are we preferencing Greens Candidate over the Labor Candidate?

In an attempt to win over Greens voters, Labor’s Jackie Trad has implemented policies that are harming the agriculture and mining industries. Moreover, Queenslanders in general are not satisfied with Jackie Trad’s performance; they want her gone from the political scene.

7. What projects would you promote and like to see happen over the next 4 years if you are elected.

Kangaroo Point projects
At a Kangaroo Business Networking night on 7 Sept 2020, we (LNP South Brisbane Team)
proposed for Kangaroo Point:
• the completion of the riverside walkway from Dockside to Mowbray Park
• some six overhead pedestrian bridges with ramps so that parents with strollers could get across the roads more easily and access the river side walkways, which when completed will link Orleigh Park to Mowbray Park.

Woolloongabba Parkland
At the Gabba station site, we would like to link Clarence Corner and Mater Hill to the Gabba Cricket Ground. We have a target of 66% of available area to keep for community use, while the remaining 34% would be available for a world class hotel and other accommodation to compliment the Gabba sports precinct. This would also contribute to the creation of quality jobs in the area.

West End
We have had discussions with stakeholders in the vicinity of Davies Parks and would like to see the facility host football games at night drawing local crowds (maybe some stimulus for Rugby League Brisbane and Queensland for a stronger second tier).

The City Cat needs to have a terminal at or near Davies Park, so residences can cross to Milton or Toowong and cruise down to work at town.

8. What are your views on development and perceived over development in parts of South Brisbane?

I believe that there should be stronger clamps on developments that are over the code compliant proscribed height and GFA limits in the BCC town plan. Development should be restricted to no more than 10% -12% above the development
guidelines and anything over the guidelines must have clear trade-off for community benefit. Anything greater than 10% has a greater contribution straight away for example. The community needs certainty, especially under the current circumstances.