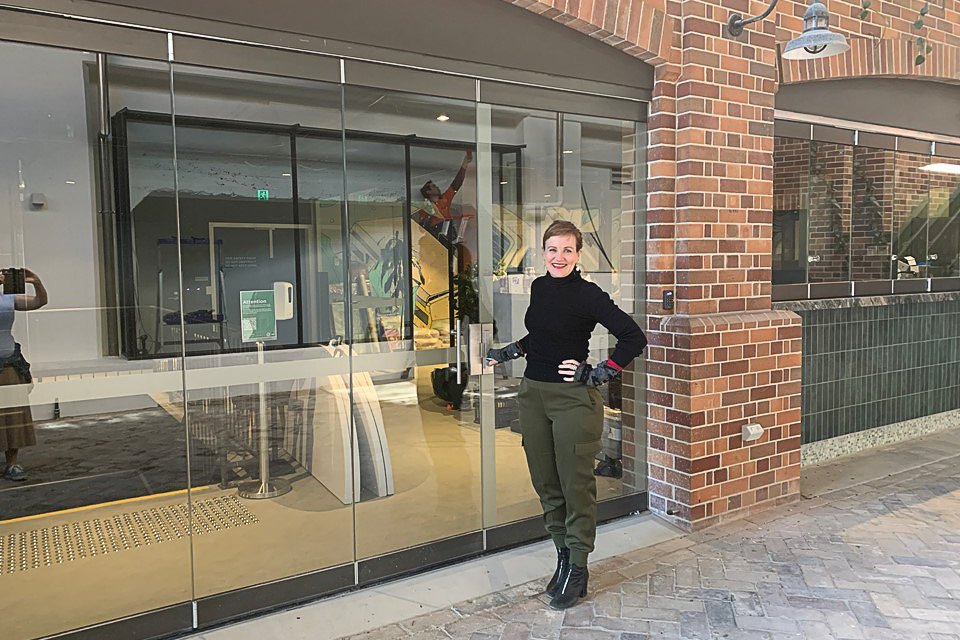 The 40-year-old Brisbane institution, Metro Arts, is about to open officially in its new home at West Village in Boundary St, West End. Jo Thomas, CEO and artistic director, and a former West End resident herself, says they chose West End to relocate the Metro Arts Centre because of West End’s great community.

“Many of our artists live in this community so we feel a sense of connection here.”

Ms Thomas feels that West End is well situated within Brisbane’s arts community with spaces such as QPAC, Blaklash Creative, and Milani Gallery nearby.

Metro Arts sold their Edward St premises last year for over $10.5 million. The proceeds have been used to set up the Metro Arts Future Fund (MAFF) used to support the development of artists, produce new work, and grow audiences in line with Metro Arts core mission of fostering contemporary art in Brisbane.

“It’s so interesting to look back through the history of Metro Arts and see that that core purpose to support the arts has remained the same for all of its 40 years,” says Jo Thomas.

Ms Thomas, who was awarded Telstra Business Woman of the Year for Queensland this year, has had a long career in the arts, beginning with her studies in drama at the University of Southern Queensland. She has worked in stage, television, and film. Her association with Metro Arts began in the 1990s where she has worked as both performer and producer. She has also worked on projects for organisations including the Queensland Music Festival, Brisbane’s contemporary circus company CIRCA, and the Brisbane Festival, which this year runs from 3 to 26 September, and the opening of which Metro Arts will be an integral part.

Metro Arts moved premises just before the COVID pandemic arrived but they have managed to keep going despite the closures. They have been fortunate to receive ongoing support from the Australia Council for the Arts. The new premises boasts the New Benner Theatre—West End’s first live theatre in 25 years—exhibition galleries, two multipurpose studios and the Factory Lane outdoor precinct that encompasses the foyer, box office, café and bar.

Ms Thomas says they already have a full program for the rest of this year and next year with exhibitions, installations, and performance preparations in progress.

The West Village development has been controversial in the local community, but Jo Thomas is hoping local residents will feel welcome at Metro Arts.

“We welcome everyone to come in and have a wander around or come and have a chat. All the exhibitions are free.”

The Metro Arts Centre officially opens on Wednesday, 2 September and to the public on 3 September. The program can be found HERE.