Merlie the turtle to unlock secrets of the species 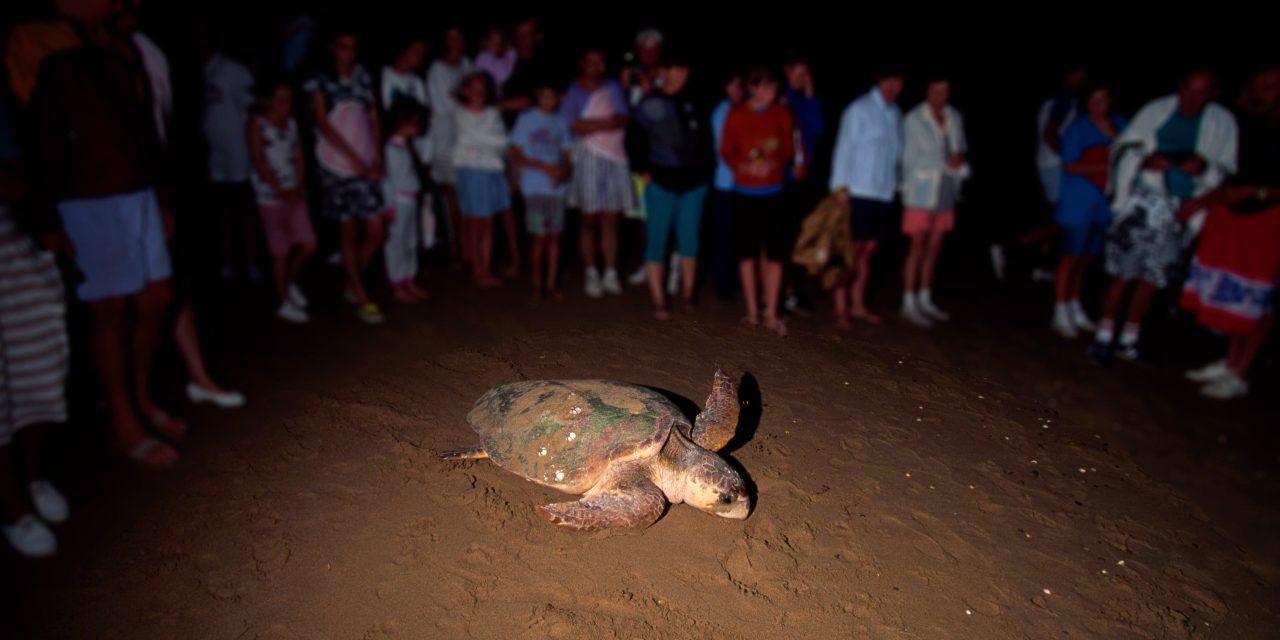 A 50-year-old turtle, the first to be studied at the new $22 million Mon Repos Turtle Centre, was officially named and released back into the sea last night at the centre’s opening celebrations.

Minister for Environment and the Great Barrier Reef Leeanne Enoch said the Department of Environment and Science held an online competition calling on the community to name the turtle.

“The loggerhead turtle has been named ‘Merlie’ and was suggested by Charlie Lewis,” Ms Enoch said.

When entering the online competition Charlie asked to name the turtle after her mum.

Ms Enoch said there were many submissions, however, Charlie’s beautiful story stood out.

“Her gravely ill mother had always wanted to see baby turtles, so they made a special trip to Mon Repos, however she was too ill to come out onto the beach.

“The Rangers at the centre wanted to make sure that Charlie’s mother would get her wish, so with a heartfelt response, they took extraordinary steps to bring baby turtles to her in the car park.

“It’s stories like these that highlight just how important the Mon Repos Turtle Centre is to the Bundaberg region, it’s a special place where life-long memories are made.”

In Charlie’s online submission she said that the Ranger’s made her mother’s wishes come true, and that when she passed away later that year, she was very happy she finally got to see and touch a baby turtle.

The winning name was selected by renowned scientist Dr Col Limpus who has been tagging turtles at Mon Repos since the 1960s, making them among the longest studied sea turtles in the world.

“His research contributed to the Queensland Government’s decision to declare the waters off Mon Repos a marine park in 1990 and to make turtle exclusion devices compulsory on fishing trawlers in 2001,” Ms Enoch said.

Dr Col Limpus said more than 100 nesting turtles from five species have been satellite-tagged at Queensland nesting beaches since the late 1990s, providing invaluable knowledge of their movements off shore from the nesting beaches and their migrations to distant feeding grounds.

“The data is vital evidence of the vast distances the turtles can travel, as well as their migratory pattern, breeding habits and their faithfulness to home feeding grounds,” he said.

“Since we started the turtle research and conservation work in 1968, we’ve discovered that loggerhead turtles are highly migratory and identified threats to these turtles when they were absent from the nesting area.

“While at the nesting beaches we learned how many clutches of eggs the female lays in a summer, how often they breed, and how faithful they were to specific breeding areas – but the chosen breeding beach may not be the exact beach at which the turtle was born.”

Minister Enoch said Merlie the turtle has also been fitted with a GPS satellite tag to allow scientists to monitor its location when it surfaces for a breath.

“The department’s threatened species team, including Dr Col Limpus, will be able to keep an eye on Merlie and track when she returns to Mon Repos to nest,” Ms Enoch said.

“What’s special about this turtle, however, was that it was first tagged in in the late 1990s, making her around 50 years old,” Ms Enoch said.

“This means she survived prior to turtle exclusion devices when many turtles were drowning in prawn fishing trawler nets, which indicates she was living in a safe habitat.

“The Department are hoping to not only learn about Merlie’s nesting and migration patterns, they are hoping that Merlie will show them where this safe habitat is.”

The new Mon Repos Turtle Centre features a laboratory where scientists will measure and weigh eggs and hatchlings from priority hutches, and an experimental incubation room for turtle eggs.

“It is truly a project that was built by this region contributing to more than 45 local full-time jobs and having more than three-quarters of suppliers come from Bundaberg,” Ms Enoch said.