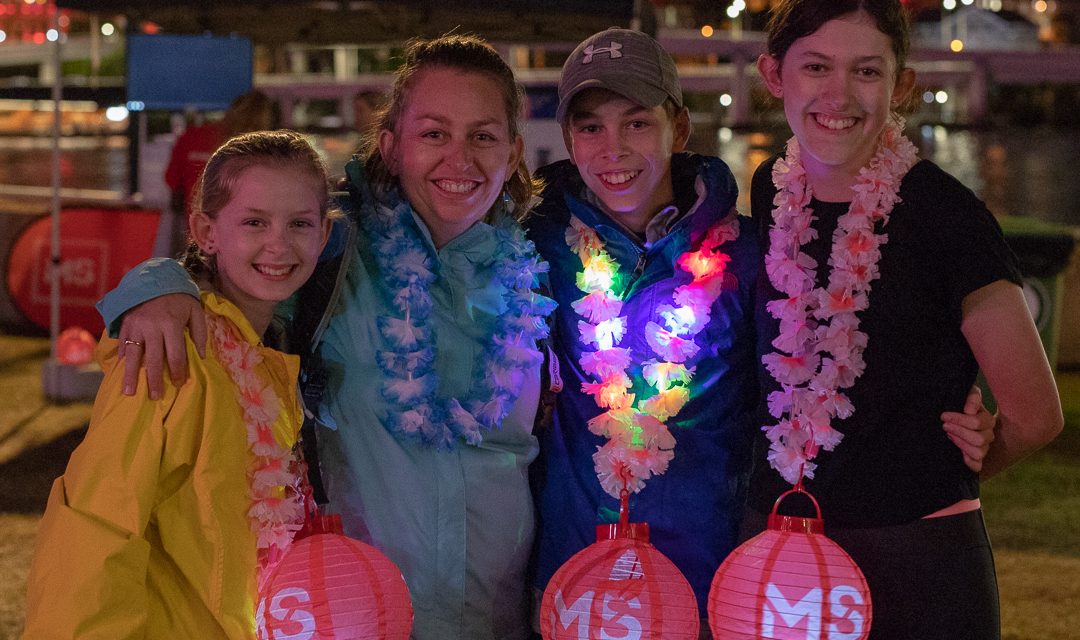 This Friday, 1 November, Multiple sclerosis (MS) Queensland will hold its Moonlight Riverside Walk at Davies Park in West End to celebrate its 21 years of providing support to almost 4,000 Queenslanders living with MS.

This is the first time for the event at Davies Park and it will be a great boon for MS if West Enders were to come out and join the fun.

Organisers expect that around 4,500 people will be donning a lantern (white if they’re living with MS, and blue if they’re a major fundraiser), with many also in costumes, to raise funds and awareness.

Wendy has been living with MS. She kept the condition from her daughters not wanting to affect them while they were still at school. However, she told her daughters as soon as they finished school, which coincided with her first Moonlight Walk in 2015.

MS Queensland says that more than 10 Australians are diagnosed with MS every week, with nearly 4,000 Queenslanders are living with MS.

With no known cause or cure and symptoms varying significantly between those diagnosed, MS can be an invisible disease. The average age of an MS diagnosis is 30, with three out of four people diagnosed being women.

Funds raised at the Moonwalk will go towards vital services provided by MS Queensland’s such as service coordination, physiotherapy and exercise therapy, psychology, nursing support, accommodation and phone support

The event offers participants the option of a 3km, 5km or 10km walk with the 3km and 5km walks wheelchair accessible

Beginning at dusk, with lanterns in hand, walkers will take in the best of the Brisbane River, including Kurilpa Point Park, South Bank and the Botanic Gardens before returning to continue the fun with entertainment and food stalls at the finish line at Davies Park, West End