Orpheus and Eurydice – The Twisted Underbelly of Love 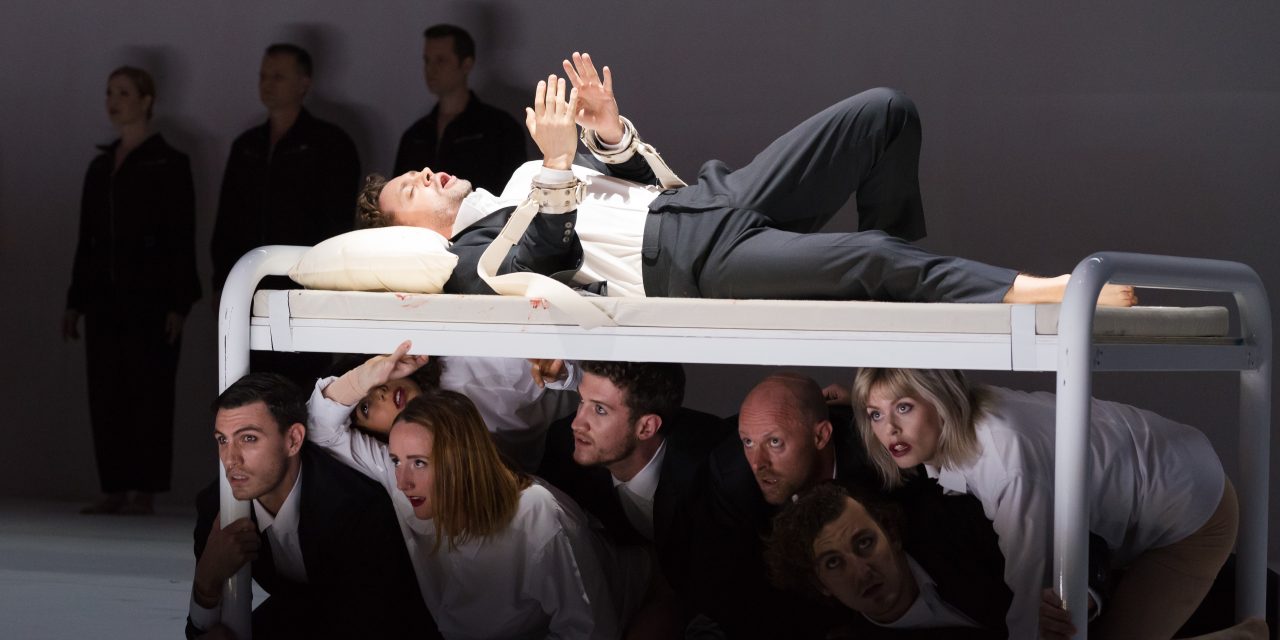 Revisiting the European classics such as Orpheus and Eurydice is useful for modern society because they present masterful examinations of emotions such as love, grief, and desire. The ancient Greeks in particular believed that the theatre was a place where people could let go of emotions and be reminded of the ambiguities of our humanity. Orpheus and Eurydice is a Greek myth and play that speaks of the double face of love: the dispenser of happiness is also a sadistic torturer. It offers a tragic and cathartic representation of what it means to love and suffer for love.

Opera Queensland has worked with internationally renowned circus company Circa to bring to life a fantastic adaptation of Gluck’s Orpheus and Eurydice. Circus is an art form that mainstream theatre has kept on the doorstep, taking from it what was convenient while shunning its culture and history. Although the circus skills presented in the show are, for the most part, not extreme, it is remarkable to see circus artists performing as an ensemble in national theatres such as QPAC. And we hope to see more of it because circus offers a reminder of the beauty that comes from pushing the limits of the human body.

The aesthetics of the stage and the costumes deserves praise. The play takes place against a pure white background which allows for the dark shadows of love to be projected and amplified: angst, desire, and lust have a life of their own which unfolds on a silent secondary stage. Meanwhile, the primary stage represents the Underworld with a skilful use of costumes. Performers flying on aerials wear long red skirts, visually resembling diabolic tongues of fire. The spectacle is as daunting as it is demanding.

There is much symbolism in this play. For example, psychiatric beds are a mainstay on stage. They symbolise the madness of love and how we navigate it sometimes with acrobatic jumps. Another symbolism worth looking for is the use of white masks worn by the living. We have created a society in which wearing the mask is a survival mechanism, but as they play shows, it is also a path to madness and tragic death.

Orpheus and Eurydice is original and challenging. It offers an emotional investigation into the tragedy of love and the poor coping mechanisms that we have in place. Its aesthetics is captivating and symbolically dense. Its complexity calls for attention.

The QPAC season for ORPHEUS & EURYDICE continues until 9 NOVEMBER 2019. See HERE for details.