Mzaza’s The Birth and Death of Stars 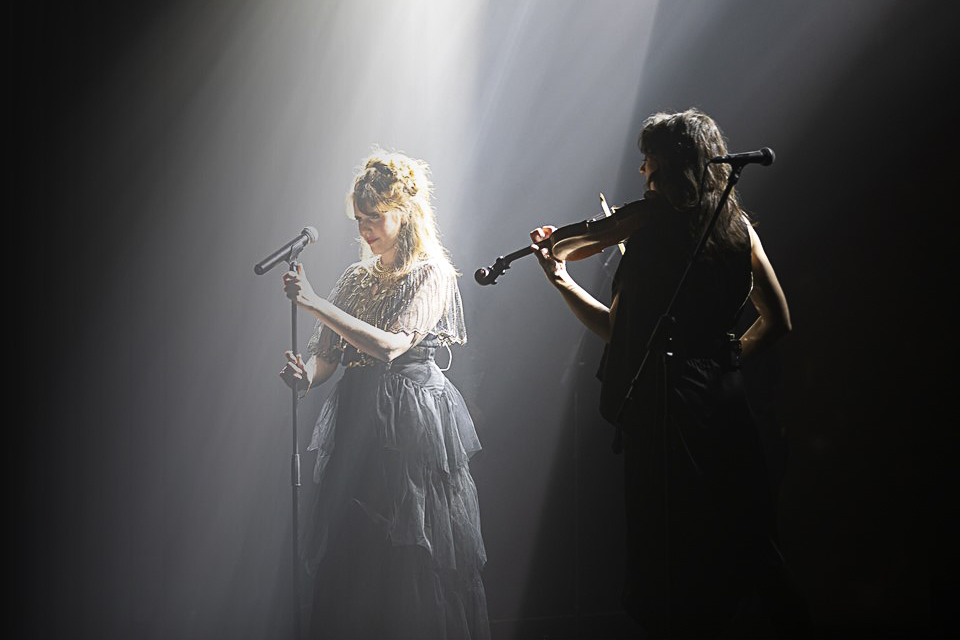 Brisbane’s favourite gypsy band Mzaza has launched its new album The Birth and Death of Stars at the Tivoli. The sextet has used the COVID lockdown to create an engaging, sophisticated, and meditative production to showcase at the Brisbane Festival for two days only. The show was enveloped by the crimson aura of the Tivoli and felt exclusive and highbrow.

The sounds of the new album draw heavily from the wicked tradition of Balkan music. The violin is powerful, the guitar is pizzicato, and the percussion is tribal. It is a shame that dancing was not allowed because this is music that transports your body.

The disappointment for not being able to dance was offset by the fact that the show was theatrical. It combined visuals and storytelling with the dramatic performance of singer Pauline Maudy and violinist Greta Kelly. Kelly brought on stage a high level of energy and charisma expressed through dynamic movements and facial expressions. Maudy embodied the archetype of French gypsy femininity: passionate, confronting, and somehow hopeful and disillusioned at the same time. She lives through intensities of feelings! This is a model of femininity that society has bottled up because it can’t accommodate it. All we have left is to feel it vicariously through performances like Maudy’s.

The stage design was thoughtfully produced. The striking feature of the stage design was the opening projection of the album’s title onto the smoke which created a magic and ancient effect. The visuals projected on the background during the show were underwhelming and weren’t always relevant. Sometimes less is more and nothing is better. But the digital collage that accompanied the song Stardust saved the day. It married the song very well with an extravagant layering of colours and figures moving through a dreamy starry universe. 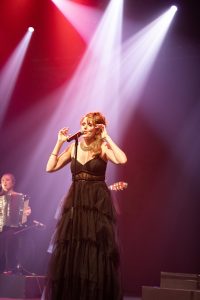