On the buses – protestors board the 192 bus. 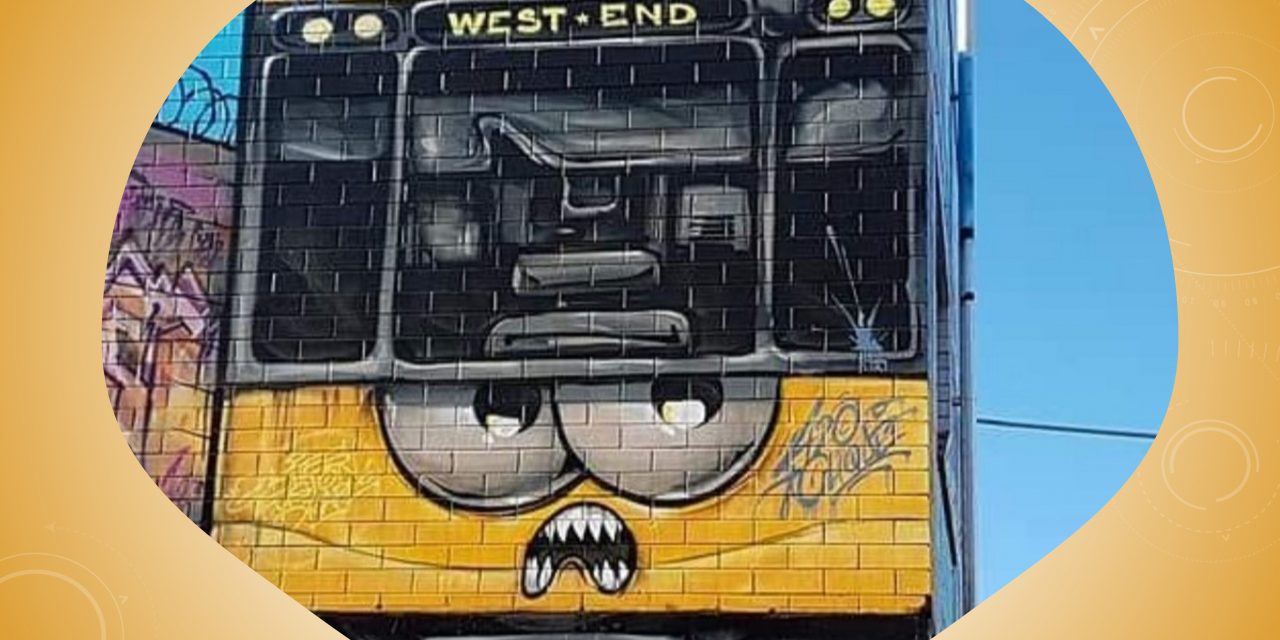 On Friday, 22 April, about forty people joined Councillor Jonathon Sri and Amy MacMahon MP in a protest on the 192 bus. The 192 bus service goes from the UQ St Lucia campus to Wharf St in the city, but only Monday to Friday, and the last service leaves UQ at 6.20 pm and arrives back there at 7.52 pm. The protestors caught the bus from Montague Markets for the short trip to Mu’ooz Restaurant on Mollison St, refusing to pay the fare.

The protest had three points:

A petition has been instigated by State MP Amy MacMahon calling on the Brisbane City Council and Queensland government to improve the 192 bus service, demanding weekend and nighttime services and “turn up and go services, at least every 15 minutes”. Ms MacMahon says the state and local governments refuse to increase the frequency of service because of a lack of patronage. However, both she and Cr Sri argue that if the service were increased, more people would use it. The petition has not yet been put before the government, and when asked why they were staging a protest before tabling the petition, she and Cr Sri said they had spoken frequently to both levels of government with no result.

A spokesman for the State Department of Transport and Main Roads stated that they had received correspondence from Ms MacMahon regarding the matter but nothing from Cr Sri. Translink advises they have not yet responded to Ms MacMahon’s request.

When pressed about the timing of the action, Ms MacMahon said it was to coincide with the state budget in May and that she planned to present the petition to parliament before then. When asked whether the timing had anything to do with the federal election, she said it made people take more notice of what is happening around them but that the election was more a peripheral consideration. In her speech to the crowd, Ms MacMahon asked for as many people as possible to write to the Council and state government demanding more frequent, accessible, and free public transport.

Many of those in attendance cited congestion on the roads as a problem that would be managed better with more frequent, affordable, and accessible public transport.

One of the protestors, Meena, said she considers public transport a human right and should therefore be free. When asked about how she thought the government could pay for this, she replied;

“If the government is able to sink billions into military defence and the army, they can find a way to fund public transport for everyone else.”

Mark, another protestor, said he was angry about the wastefulness and inefficiency of the bus network in Brisbane.

“With the amount that’s spent on services today, the same amount could be spent to make the services so much better. It comes down to the split between Council and Translink.”

Brendan Donahue is a West End resident who lives in Hope Street, an area not serviced by a bus route. Brendan has to walk to the Cultural Centre to catch a bus, which wouldn’t be a problem, except Brendan is blind.

“I’m here to hold the government accountable for what they don’t do, and we should be really looking to improve our public transport, like including audio announcements for next stops…every time I get on a bus, I have to ask the driver to remind me to get off at a stop. I believe in 2022 that should not be the case,” Mr Donahue told the crowd.

“So, every time we’re told that we’re demanding too much, all we’re saying is that we’re demanding the basics that we need to live a good life, like public transport, and the only people who are going to end up paying are people like Clive Palmer and Gina Reinhard who doubled their wealth during the pandemic.”

Mr Chandler-Mather said that since the introduction of free public transport for pensioners, more eligible people were using it, proving that patronage will increase if the service is free.

The Westender asked the Brisbane City Council (BCC) several questions about the 192 bus service, and we were referred to Translink. Translink is a division of the Department of Main Roads which contracts BCC to provide the bus service.

A spokesperson for Translink provided the Westender with a written response stating;

Translink said they were aware of Friday’s protest and the call to evade paying the fare, saying that fare evasion, “illegally takes fare revenue away from our public transport system and shows disrespect to our frontline workers—our bus drivers”.

The Palaszczuk government contributes $1 billion towards the cost of running Brisbane’s buses.

Cr Sri said when the state government refused to install another ferry terminal in West End [the only terminal is at the eastern end of Orleigh Park], they claimed to have fixed the problem by adding the Blue City Glider bus service. Route 60 runs from the West End ferry terminal to the Teneriffe terminal seven days a week, every five minutes in peak times and every 10-15 minutes off-peak. On Fridays and Saturdays, the service runs twenty-four hours.

Community members submitted a petition to BCC in December 2020 requesting changes to the operation of the City Glider bus service along Montague Road. It argued that while the 192 bus stops outside the new Montague Markets, it doesn’t run in the evenings or on weekends. And while the City Glider runs daily and more frequently, it doesn’t stop outside the Montague Markets. Council’s response stated that this request;

“… would require a change to the current stopping pattern of the service and would result in the route no longer servicing the bus stops on Montague Road near Cordeaux Street. While this proposal would advantage passengers travelling to or from this catchment, residents in the vicinity of the existing stops at Cordeaux Street would be disadvantaged.”

However, Council also said in its response to the petitioners that Cr Sri;

“.. would be best placed to gauge community sentiment, conduct any community consultation about the proposed change and make a recommendation to Council.”

Council said that following this process if there was support for the proposal to alter the stopping pattern of the CityGlider (Blue), it would prepare a business case for TransLink for its consideration and approval.

Cr Sri told the Westender he had not had the resources to conduct such consultations with affected residents.

Translink told The Westender that suggestions for changes to services could be provided by residents online, via their customer service number, or by writing to the Minister or their local MP. All requests are referred to Network Planning Team and considered.