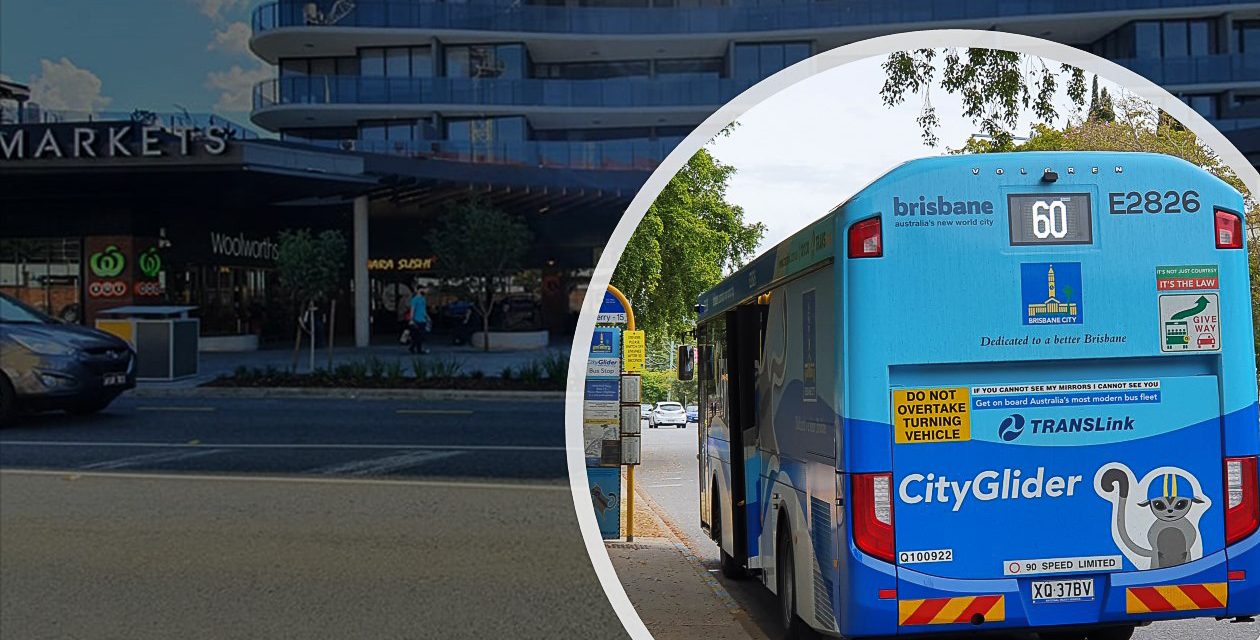 A group of residents living near the newly opened Montague Markets has started an e-petition with the Brisbane City Council requesting changes to the operation of the City Glider bus service along Montague Road.

A representative of the group, Rose Callaghan, told the Westender that new apartment complexes and the new Montague Markets have introduced thousands of new residents into the area in recent years, increasing demand for better public transport along the strip.

There is an existing stop for the 192 bus outside the newly opened Woolworths at 405 Montague Road, but the groups says the 192 provides a relatively infrequent service and doesn’t run at all during weekends.

“The apartment complexes sit almost exactly half-way between the existing stops for the No. 60 route at Cordeaux Street and Aldi. Either stop is a long and difficult walk for older residents or those with any mobility issues,” Ms Callaghan said.

The lack of shade along these long walks is also an issue for residents, Ms Callaghan said.

The issues are further exacerbated while the stop at Aldi on the corner of Victoria Street and Montague Road has been temporarily moved due to construction works for new traffic lights. The bus stop, now at Ashington Street, is even further from residents’ homes the group says.

The group wants to see new City Glider stops at the Montague Markets and opposite, at the Ballet Centre. Ms Callaghan said that there is a pedestrian refuge at that point on Montague Road that should provide sufficient safety for pedestrians, but she thinks people do not always understand the purpose of refuges, and more public education in their use is needed.

The group said the problems are not isolated to the apartment complexes.

“The No. 60 bus has always stopped at both Coles in Mollison Street and at Aldi on Montague Road, and shoppers at the new Woolworths should receive equal service. Many residents feel that this part of West End is being under-serviced by public transport,” the groups says in its petition.

The group is also concerned that Council has not responded to community calls for a new CityCat terminal on the southern bank of the river between Orleigh Park and Southbank – a distance of more than five kilometres.

“There are four terminals on the northern bank in that distance,” Ms Callaghan said.

The link to the group’s petition can be found HERE

Another community group, Kurilpa Futures, wants to see a comprehensive plan for Montague Road and the corridor of roads between Montague Road and Gladstone Road. The group has been holding pop-up meetings in the Hill End area seeking support for a petition that calls on Brisbane City Council to implement a Local Area Traffic Management Plan (LATM) for local streets.

The Kurilpa Futures petition is at the link HERE

For related stories see below: